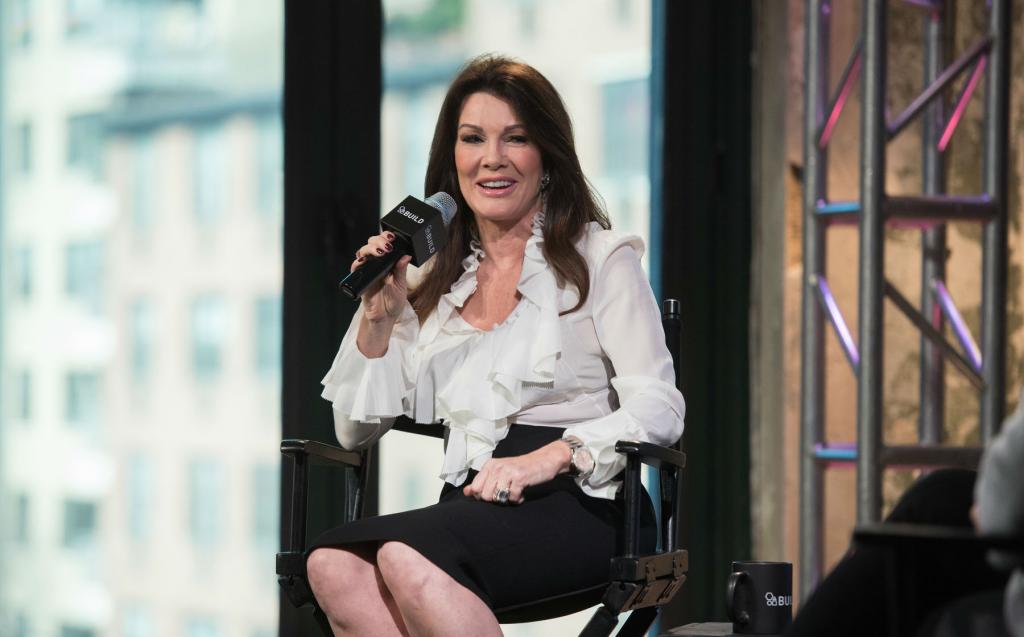 Lisa Vanderpump arrives at the AOL Build studio with an entourage made of…herself and her purse. Incredibly poised and elegant, boasting a palpable love for the animal kingdom, the Vanderpump Rules and The Real Housewives of Beverly Hills star utilizes her celebrity platform to mostly advance the humanitarian causes she keeps close to her heart.

Take a look at what Vanderpump had to say about that one time she met Jennifer Lawrence, the pet she wants to adopt next and the secret to a successful marriage:

On the Power of Celebrity: “I do believe that with celebrity, and I use the word celebrity loosely because I don’t know why I would call myself a celebrity, but I think celebrity comes with a certain amount of responsibility […] to use it for something good. You have a lot of your privacy taken away, you’re a target a lot of times, but I think that if you can do something good, it’s really important [to do it].”

On the Time Jennifer Lawrence Dined at Her Restaurant, Pump: “Jennifer Lawrence came in very understated with her girlfriends and she said, ‘Please come and join us and come talk to me.’ Lovely woman, you can see why she’s a star. I got her out of the back door and she left pretty unnoticed, with no pictures. Then, she went home and she used all the pictures and videos she took at the restaurant and she made her own montage to the Vanderpump Rules music and posted it on social media.”

On the One Time She Asked Producers to Hold Back: “The only time I’ve ever really shown some concern was when my daughter got married. I said, ‘Pandora, it’s up to you. You talk to the producers. This is your day.’ She negotiated with the producers about what she was comfortable being shown.”

On What Pets She Wants to Adopt Next: “Has anyone seen one of those giant rabbits? They’re huge. I could imagine a big, fat bunny running around my house in Beverly Hills. I also want a llama. I want a Noah’s ark.”

On the Secret to a Long and Happy Marriage: “I think that one of the prerequisites of any relationship is to have respect for each other. I think that if you lose the respect in a relationship, it’s very hard to come back from that road and, I know, when familiarity sets in, it’s easy to say something. But those words you can’t ever take back, you can’t un-know them.”

On How Her Famous Puppy, Giggy, Has Adapted to the Celebrity Life: “He doesn’t think he’s a dog. He’s been catapulted in this world and is an activist as well.”