From the crazy southern sisters in Crimes of the Heart to the awful ladies of August: Osage County, women in dysfunctional families make good fodder for lively theater. It helps that blood feuds can cross all lines of race and ethnicity to explore universal aspects of rebelliousness, resentment and rapprochement.

Such is the case in John Morgan Evans’ comedy-drama Daughters, which is being revived this month at Merrick Theatre. Set in a Brooklyn kitchen, the play looks at four generations of DiAngelo women who have gathered together because their dad—communicating only via notes from his bedroom—requires surgery for throat cancer.

The women prattle on about their lives—Tessie’s husband has been cheating on her with a young waitress while Patty Ann has a scheming husband who’s got his eyes on the family construction business… Daughters has its share of yelling and crying, but also laughter and sisterhood.

When the play debuted off-Broadway in 1986, the cast featured theater veterans Marcia Rodd and Bette Henritze, as well as a couple of newcomers named Mary Testa and Marisa Tomei. Tarmo Kirsimae, who is helming Daughters in Merrick, saw yet another group of women tackle the material when BroadHollow staged the piece a year ago. “My wife and I went because I knew all five actresses in the show and wanted to support them,” he told Pulse. “I really enjoyed the play and when I found out Merrick Theater was doing it…I expressed my interest in directing.” 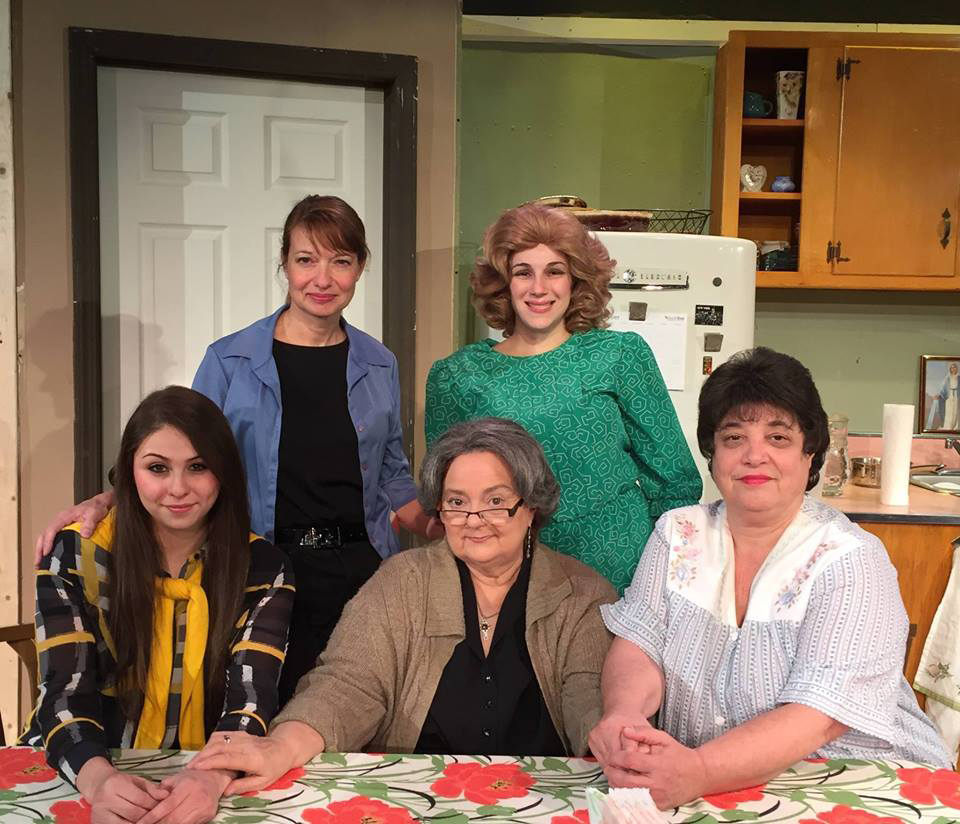 Sibling rivalry gets an Italian accent in Merrick when this modern sister act takes the stage.

Asked how his staging might differ from BroadHollow’s, Kirsimae replied that because he’s a licensed therapist, “I’ll look at the psychological relationships between these women who’ve all gone through difficult times. The play has a lot of humor, but pathos and heartbreak, too.” Kirsimae also admitted to having reservations about the script. “It isn’t Pulitzer-prize material, right? So the challenge for the performers is to try and rise above…It can be done so long as you play it real. If you play for laughs, you get one-dimensional characters because, to a certain extent, the characters are stock: the Italian grandmother who’s 93 and doesn’t speak any English, the mother who’s always cooking… But you can make them blood-and-flesh.”