Gym membership, check. Sweet sneaks and workout gear, check. Great playlist, check. Motivation, check. You’re on the fast track to fitness success in 2016. You’ve even started getting baked chips from the vending gym instead of regular ones after your workout. Yes, this is your year.

Wait…back up. Baked chips may not be the best post-workout meal. You’re putting a lot of time, effort and even money into getting into better shape this year, but how you fuel your body matters just as much if not more than how many calories you burn on the treadmill. In fact, healthy food swaps can actually boost your athletic performance.

“If you’re really active and you’re trying to get to a certain level of fitness you want to make sure you’re fueling your body properly to do that,” said Jessica Cording, MS, RD, CDN, a registered nutritionist in New York City. “If there are less healthy items that you’re eating, swapping in healthier items can be a way to help you meet your needs.”

You need a meal plan that matches your determination and effort, and you don’t need to spend hours in the health food aisle deciding between whey protein and soy protein. A few simple trades are all it takes. 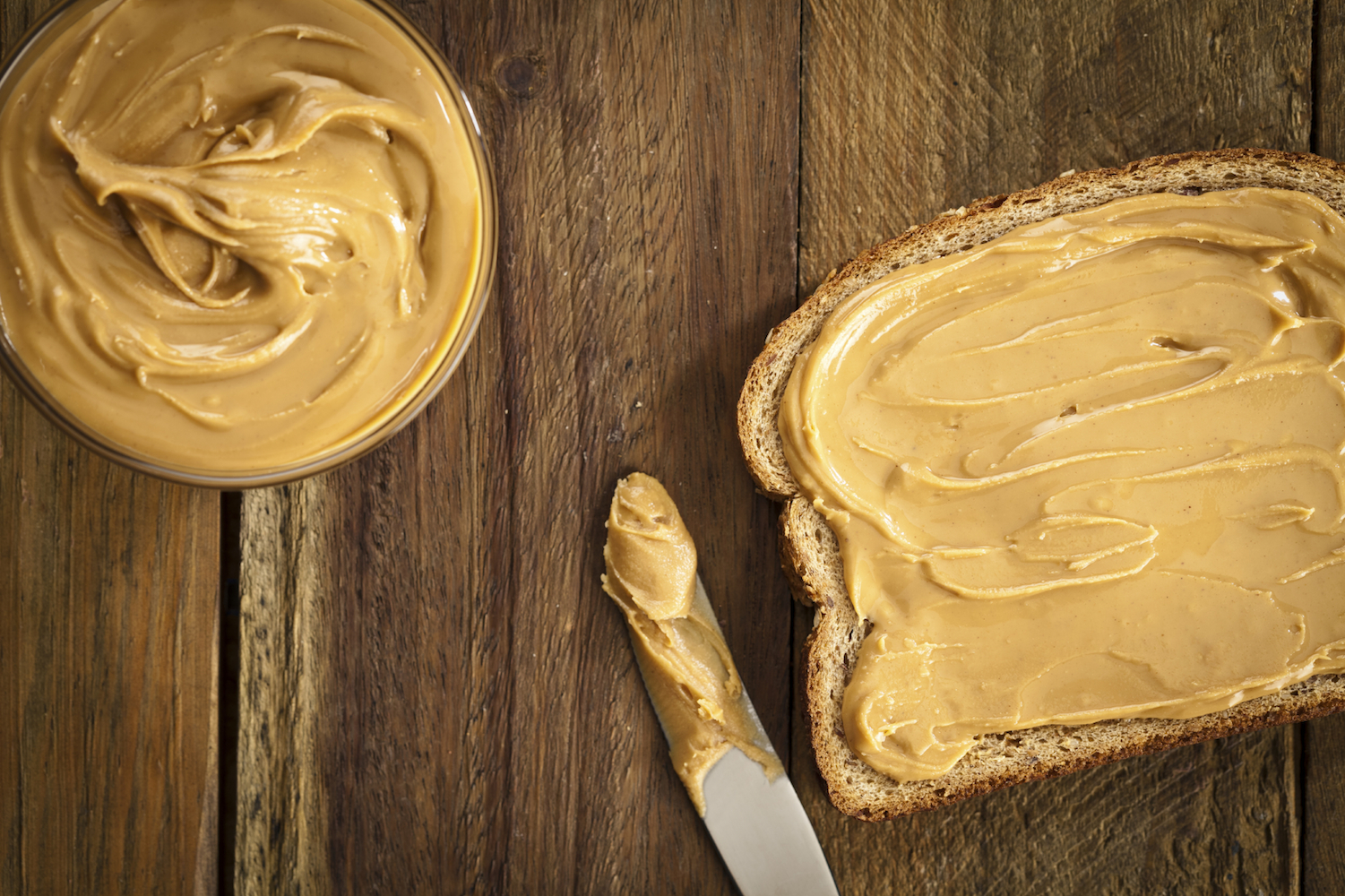 Forget the chips. Peanut butter on toast is tastier and healthier. image: carlosgaw

Baked chips tend to be healthier than regular chips, but there are much better options out there. “If you’re looking for a post-workout snack, you would want something with protein and carbs,” said Cording, who favors a slice of whole wheat toast or serving of whole grain crackers with an egg or peanut butter. The protein will help speed recovery. Opt for toast or crackers with at least four to five grams of fiber to stay fuller longer, especially if working out makes you feel ravenous. 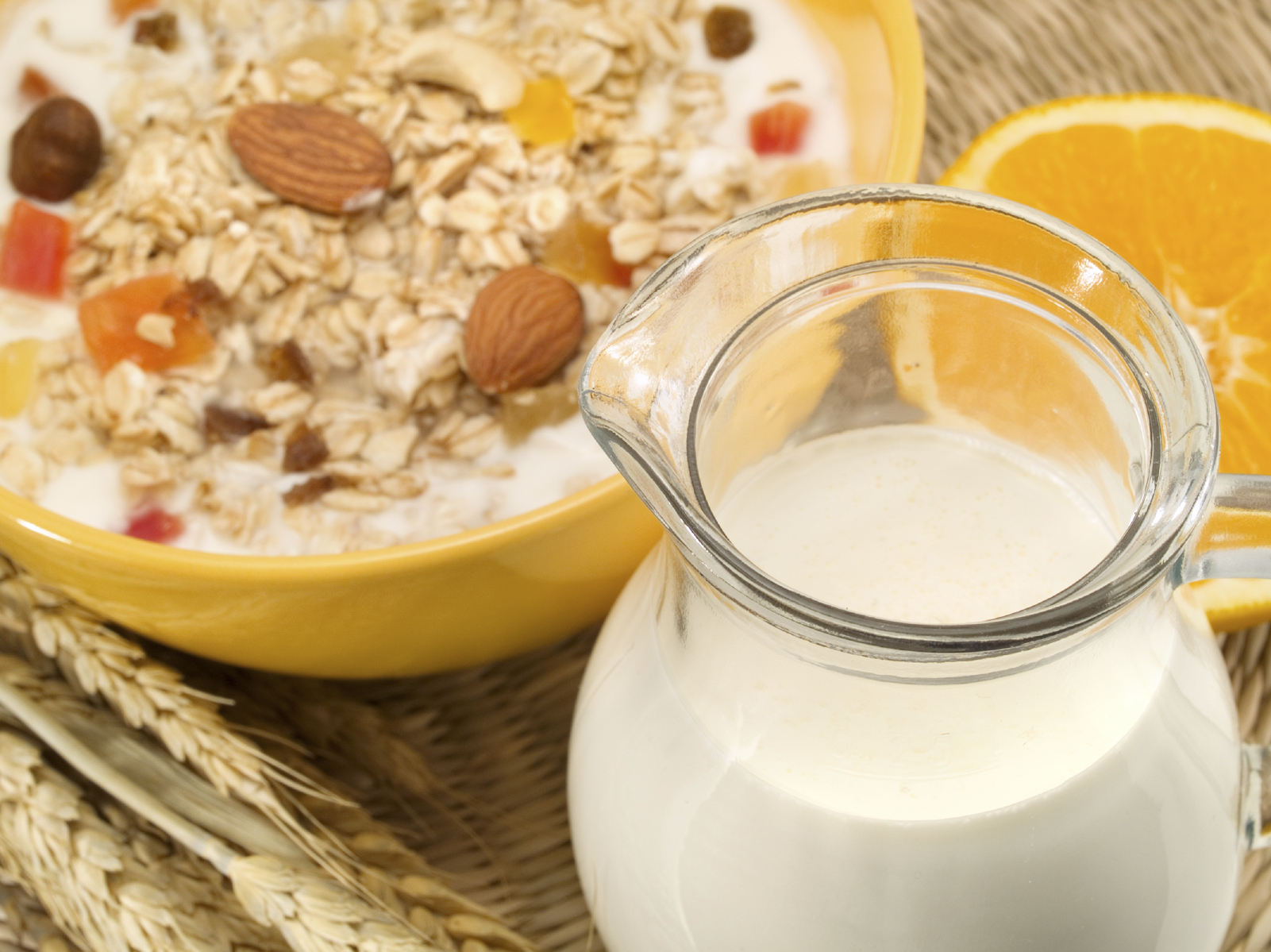 Cording is actually OK with this combo before a workout because there are no grams of fiber in Rice Krispies. “If you have a lot of fiber before you work out, that can be tough on the GI system. After your workout, I would encourage a higher fiber cereal.” Try to keep the cereal to less than five grams of sugar to avoid a quick high and then crash that might leave you pigging out on unhealthy foods later. Cording loves shredded wheat with berries and milk. “There’s less added sugar [than some cereals].” As for milk, almond milk may be trendy, but Cording suggests sticking to cow’s milk unless you’re lactose intolerant. Cow’s milk typically has about eight grams of protein, which helps speed recovery, compared to about one gram of protein in almond milk.

Sour Cream on a Potato 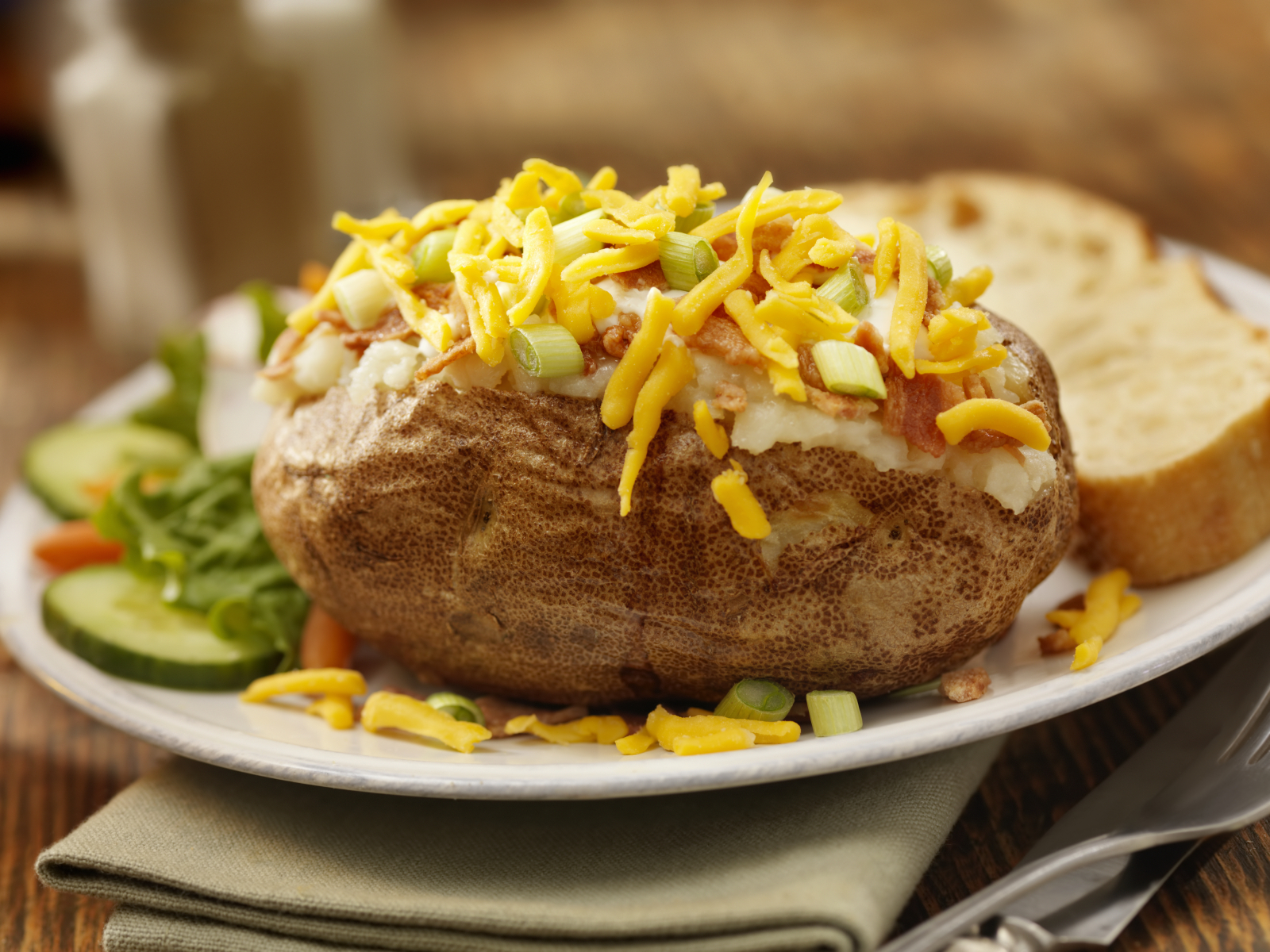 “Greek yogurt is a great swap for the sour cream because the flavor is similar but you’re going to be getting more protein, lower fat, usually less sodium and chemicals or add cheese because you’re getting more protein,” Cording said. Don’t be afraid to opt for a serving of the full-fat kind instead of fat-free. “I find the taste of fat-free cheese isn’t as satisfying.” Just keep it to a serving or half serving. Try reduced-fat cheese if you’re concerned about calories. 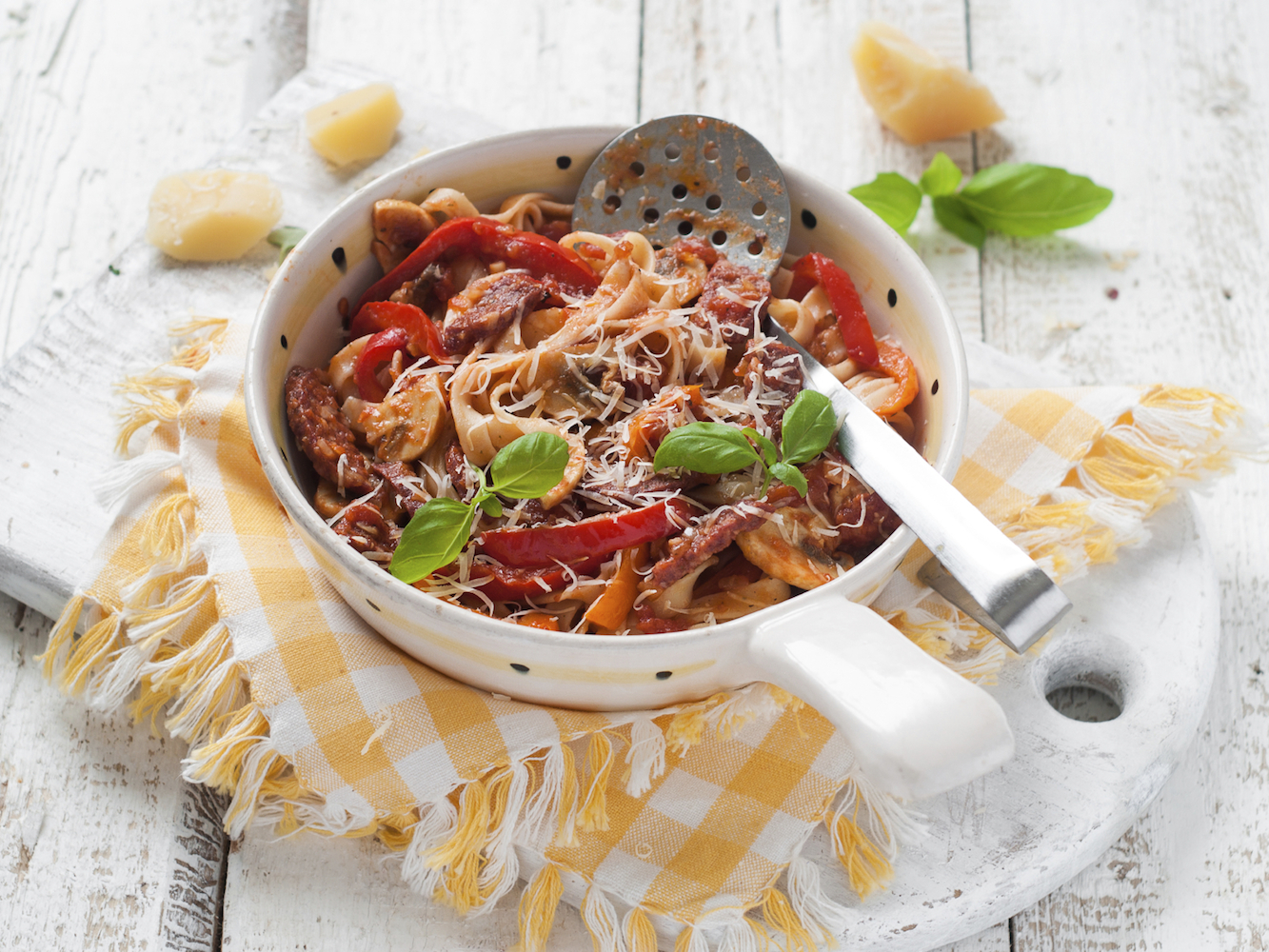 Marathon runners chow down on this before race day, but if you’re banking a 60-minute spin class three times per week, it shouldn’t be your go-to. “There’s so many whole grain varieties and the body can use those vitamins and minerals better. Whole wheat pasta, quinoa pasta, red lentil pasta, you’re just going to get a lot more nutritional bang for your buck when you branch out.” Cording also encourages people to swap white pasta for beans or lentils. “The protein and the carbs are important in fueling the body after a workout and keeping it full.” Though you may not want all that fiber directly before a workout, adding beans, whole wheat pasta or lentils to your lunch can help boost your performance if you’re headed to the gym after work by keeping your stomach from growling. “If you are really hungry because you burned through your lunch really quickly and your blood sugar is low you’re not going to get in as good of a workout.” 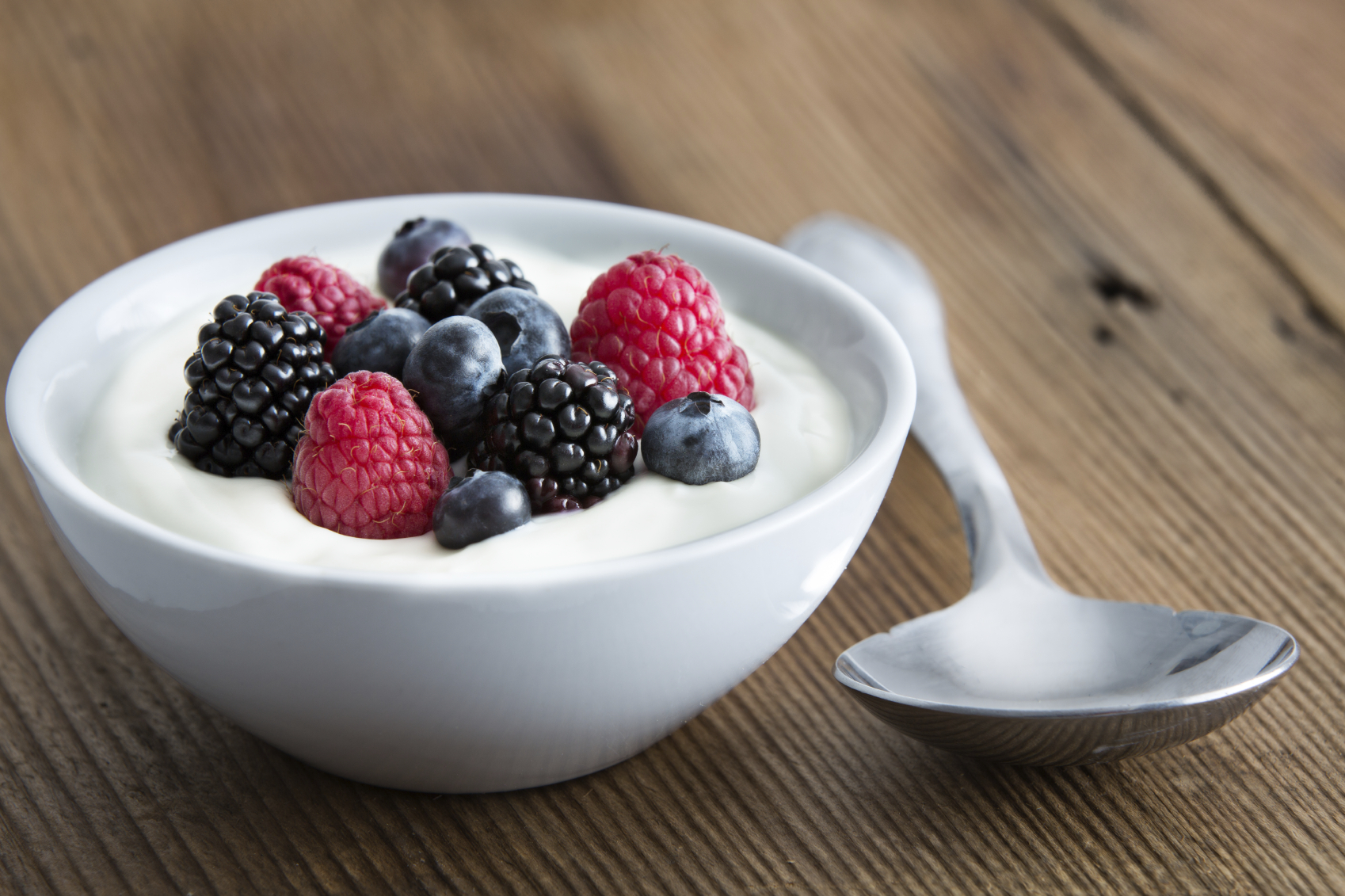 For a healthier yogurt, BYOB (bring your own berries). image: ozgur coskun

Yogurt is packed with calcium, vitamin D and probiotic bacteria (which helps with the digestive system) that can benefit both athletes and couch potatoes. That being said, flavored yogurts can have added sugar and food dyes. Cording recommends starting with plain yogurt and adding a teaspoon of your favorite jam or some fresh fruit. “[The fruit] adds fiber, minerals and antioxidants. Cinnamon can be helpful in maintaining blood sugar throughout the day.” Level blood sugar will keep you from feeling too tired or hungry to work out later.