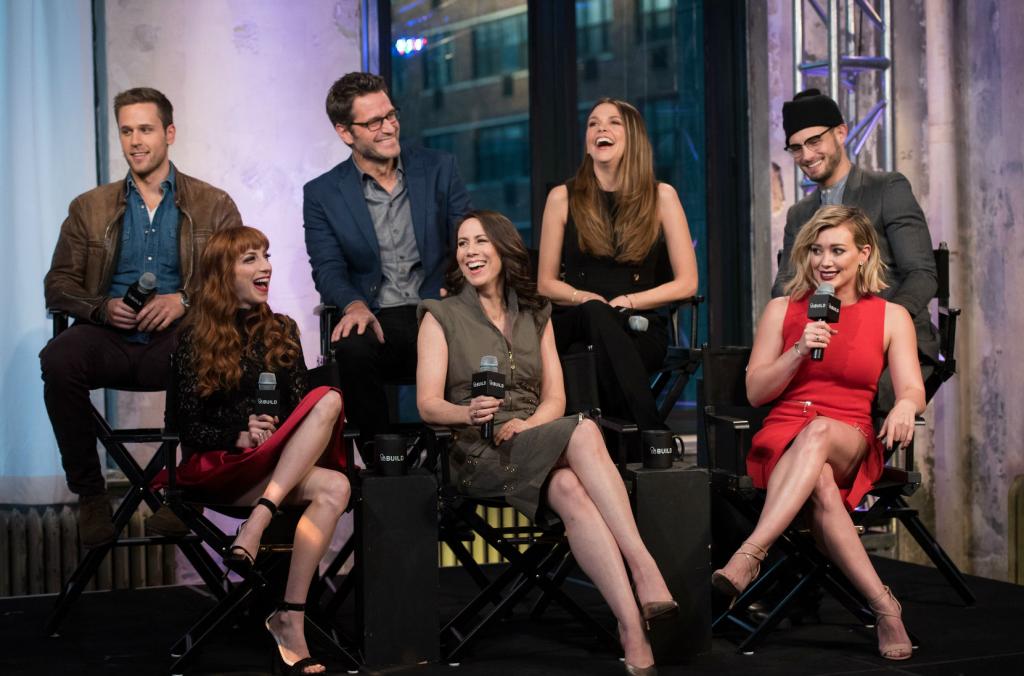 Exploring the life of 40-year-old Liza Miller (Sutton Foster), who decides to pass herself off as a 26-year-old when looking for a job in publishing following her divorce, Younger has silently defied expectations, earning a third season renewal on TV Land before the second season even premiered.

The cast, arguably one of the most good looking ones currently on television, stopped by the AOL Build studio the day of the show’s return to talk about the episodes to come, the themes explored in the series and more. Here is what we learned:

A Second Season Wasn’t a Sure Bet

“It’s like when you’re a kid and you make something and you hand it over and you’re like, ‘I hope they like it!’ And when it comes back and they actually like it, it’s a human joy,” said Peter Hermann, who plays editor Charles Brooks. Hilary Duff, who stars as ambitious book editor Kelsey Peters, echoed Hermann’s sentiments: “In between season one and season two, we wanted to come back but we didn’t know. And when we did know [we were coming back], we were like: ‘We nailed it!’”

“Actually being 40 in real life and playing this character is obviously a parallel,” Foster said. Hermann also explored the premise of the show in depth: “[The show takes a look] at the fluidity of age. Are you as old as you are? As young as you say you are? As you wish to be? And I think that’s the stuff we all have around in our head.” Molly Bernard, who plays fashion publicist Lauren Heller, took the discussion about age difference a step further while mentioning her on-screen relationship with an older partner: “I think it’s interesting that there are two big age gap relationships and one is [open and one not. How does that play out?]”

Duff’s character will deal with online bullying, Hermann’s Charles will face the challenges of loving someone who is off-limits in more ways than one, Foster’s Liza will re-learn how to be in a relationship defined by a big age difference and, of course, all characters will be affected by the consequences of lying.

Although Hermann mentions anger as the hardest emotion to portray on screen, Bernard and Miriam Shor, who plays head of marketing Diana Trout, both bring up the awkwardness involved in shooting sex scenes. “I was terrified but then [I was] shooting a sex scene with Debi Mazar and she took such care [of me] and she was so chill with it and I was like, ‘OK, it was very manageable,’” recounted Bernard. How did she manage to feel even more comfortable? “The biggest thing I’ve learned is you have to do exactly what’s on the page,” she said. “It’s right there. If you do that very thing [that’s written on the script], you’re doing your job.”