One of the joys of winter is the welcoming aroma of hot soup, especially when paired with a cluster of bonuses. Ladled into oversized mugs and served alongside a basket of warm bread and a bowl of toppings (whether croutons, diced apple or pear, toasted slivered almonds or flash-fried sage), homemade soup brings the promise of warmth and hospitality to create a convivial mood that, in a word, means comfort.

Long Island’s bounty—including carrots, potatoes, onions, squash, cabbage, kale and kohlrabi—provides ingredients for an international array of winter soups. Local chefs also incorporate cupboard staples—organic chicken, vegetable or beef stock; canned beans; dried mushrooms; San Marzano tomatoes—and vegetable bin standbys. We turned to some of the Island’s best for a globetrotting selection of soup recipes that can be savored in a restaurant setting or in the home cook’s kitchen. 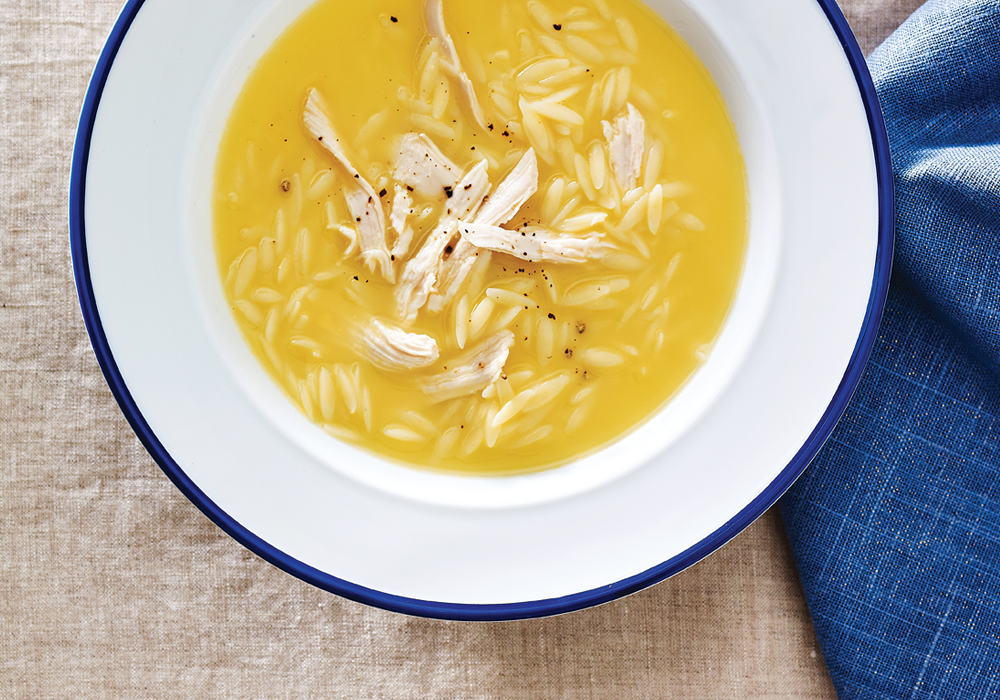 Kyma, which made its debut in Roslyn in May 2013, pleases guests with modern Greek cuisine, served in the spacious and airy, white, Mediterranean-styled space. In the kitchen, executive chef Chris Kletsides, formerly at Limani in Roslyn, prepares the traditional Greek Avgolemono (avgo=egg and lemono=lemon) soup, a staple that’s made in two parts: chicken broth plus a rich egg-lemon sauce. It’s a Mediterranean mixture that varies with the cook. While some thicken the chicken broth with corn starch, use whole eggs or add rice as the filler, Kletsides thickens with a liquefied flour and water slurry, uses only yolks and adds hearty orzo, a pasta that doesn’t turn to mush in a minute. Get the Recipe. 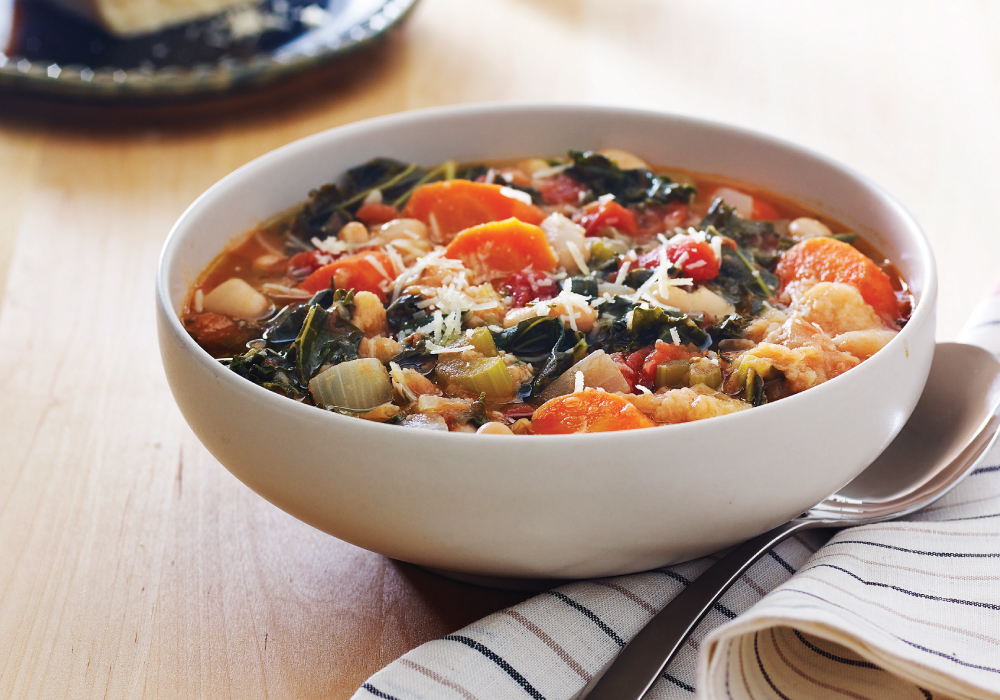 This hearty ribollita soup is made with leftover bread, rustic vegetables and whatever light-colored beans are on hand. image: emily roemer

Matt Connors is the chef/owner of The Lake House, a 55-seat pond-front restaurant near his childhood home in Bay Shore. The 15-time marathon runner has been committed to the farm- to-table movement from the early 90s when he developed his expertise in San Francisco, Umbria and Manhattan kitchens. Much of his local and organic produce is grown on a former cow pasture at the bayfront Bayard Cutting Arboretum 14- acre farm, the only community supported agriculture project within the New York State Parks system. This hearty ribollita soup (a Tuscan classic that translates as “reboiled”) is made with leftover bread, rustic vegetables and whatever light-colored beans are on hand. The mise en place is in a series of quart-size plastic containers filled with diced veggies ready for the pot. Get the Recipe. 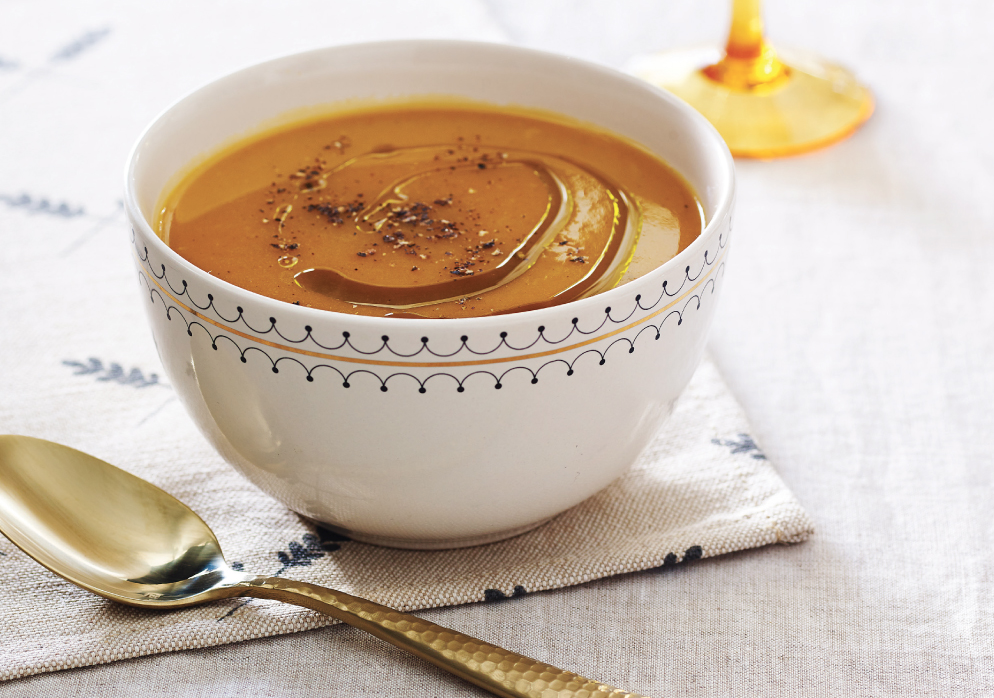 Located adjacent to Lombardi’s Love Lane Market and across from Altman’s Needle Arts, it’s where locals—including the restaurant’s purveyors and producers— vacationers and weekenders meet and greet year-round. It’s also a destination for up-islanders, a role that began with its previous owner, Mike Avella in 2007, and has expanded since the summer of 2012 when Carolyn Iannone, a certified sommelier and the former manager, became its new hands-on owner. An all-local wine list and hearty, locally-sourced, American comfort food items are the mainstay of the menu and served within a cheerful setting decorated with works by local artists. Chef Cory (whose garlicky fries alone are worth the journey) and his crew prepare their butternut squash soup that’s easy enough for any home cook. Get the Recipe. 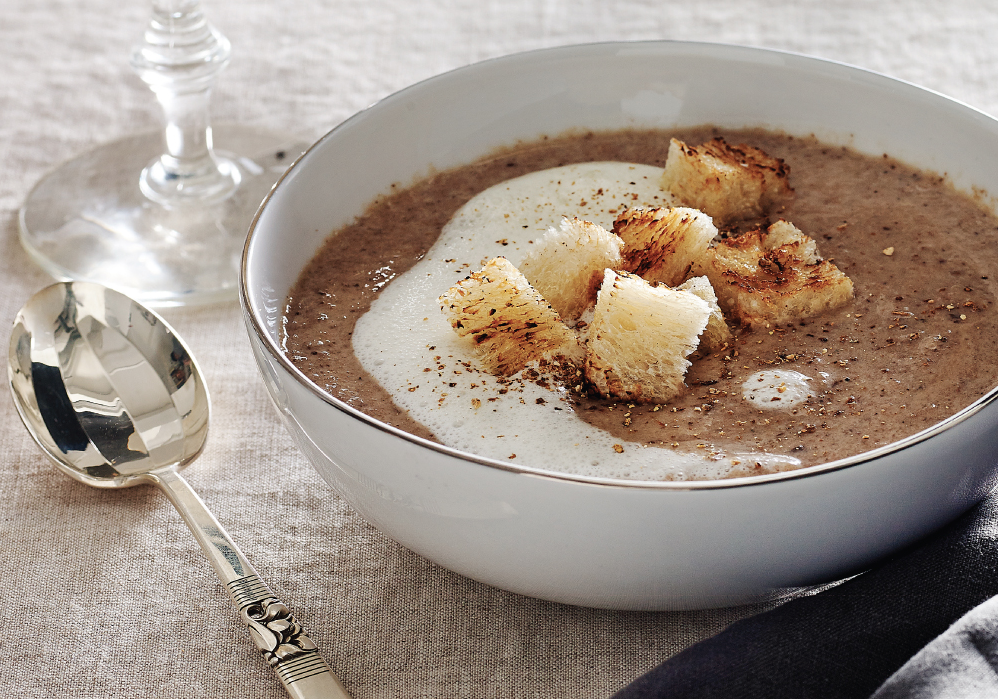 French-born and trained Guy Reuge began his culinary career in Strasbourg, France; Fribourg, Switzerland; and Paris, where he cooked for the French president and other dignitaries. In 1973, he moved to New York and worked in top kitchens before becoming executive chef at Tavern on the Green. 10 years later he and his wife, former Gourmet editor Maria Harrison, launched Mirabelle in a charming Long Island farmhouse in St. James.

During that acclaimed 25-year stint, he earned two prestigious culinary titles: Maître Cuisinier de France (Society of Master Chefs) and the Toque d’Argent (Silver Toque). In 2009, he accepted Lessing’s offer to bring the Mirabelle name and reputation to Stony Brook’s classic Three Village Inn where this Wild Mushroom Cappuccino recipe is among his originals. The award-winning chef prepares it using local provisions, including mushrooms scouted by Long Island foragers. Get the Recipe. 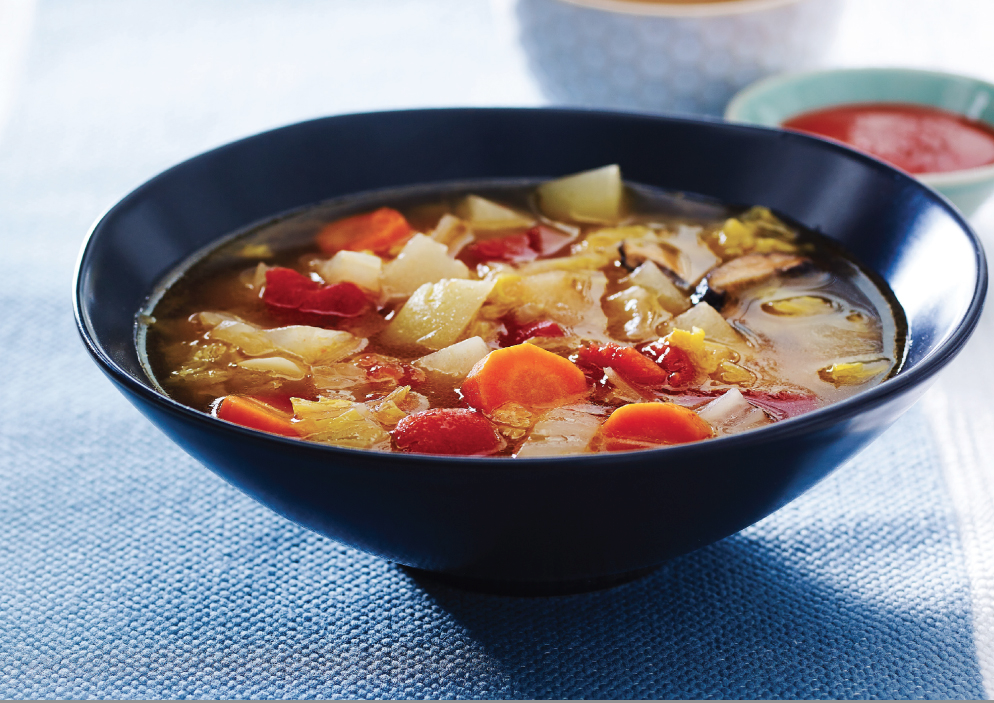 The Sand Lee Farm started in the 30s in Queens, moved to Melville in the 40s and to East Moriches in the 60s. In 1987 Freed Lee, whose father and uncles were the original owners, moved the operation to Peconic on the North Fork with his wife Karen, where it now grows more than 100 varieties of specialty vegetables.

In 2007 the farm was officially certified organic by The Northeast Organic Farming Association (NOFA-NY). Karen Lee started the retail farm stand for which she developed the Local Lee products—dressings, dips, sauces and soups—in her certified organic kitchen. Farm products are sold at the stand from April through Thanksgiving, at various seasonal markets and through their Farmshare CSA program. All winter, the spicy Asian cabbage soup, which features Napa cabbage and kohlrabi grown on their farm, is available at the Saturday indoor market in Riverhead. Get the Recipe.