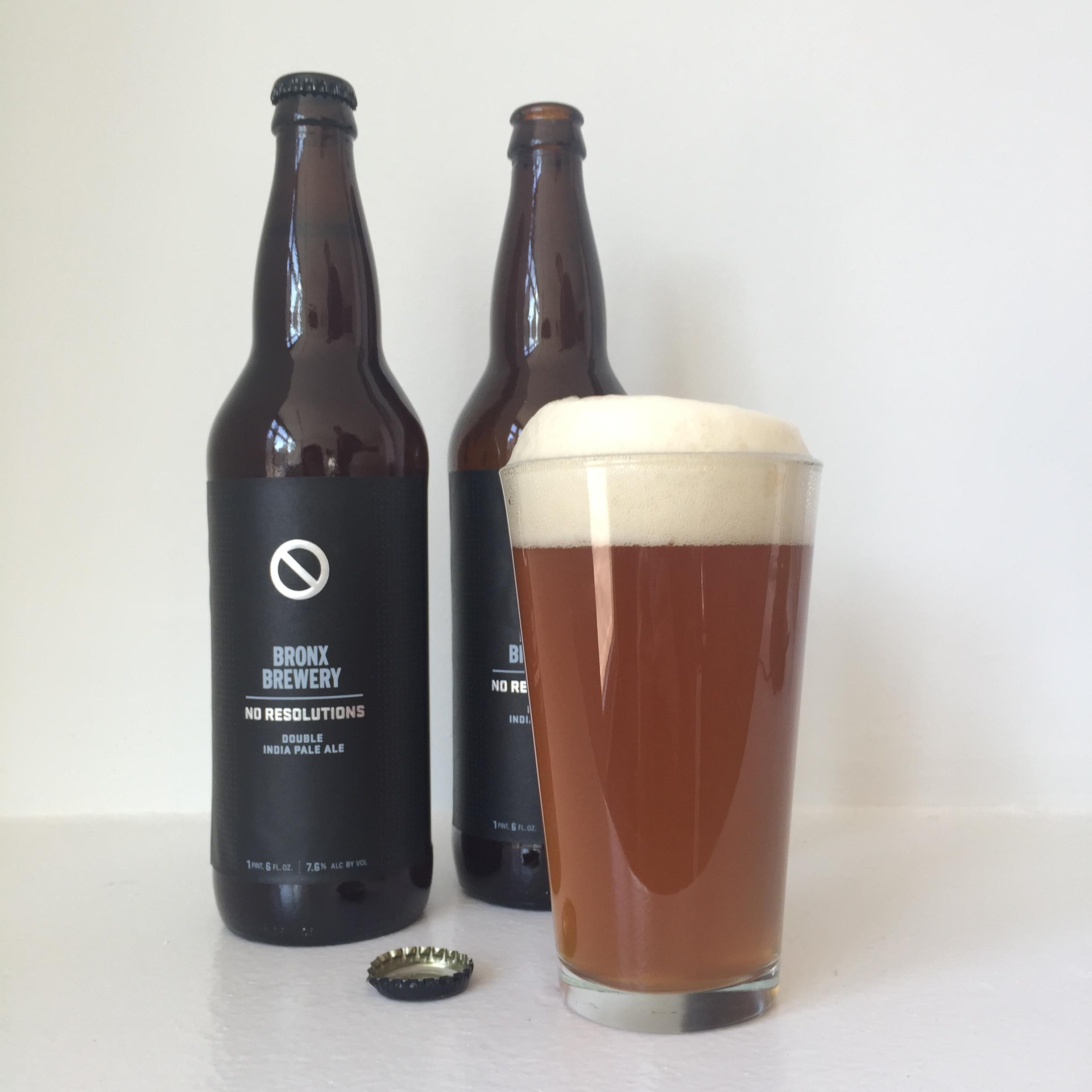 Instead of trying to change yourself with some resolution you’ll all have but forgotten by February, embrace who you are already with Bronx Brewery’s No Resolution Double IPA. The limited release brew is likely to become one of the most coveted of 2016.

Bronx Brewery is one of a number of craft beer companies to take hold in the Bronx in recent years. Founders Damian Brown, Chris Gallant and Kirk Voltz began Bronx Brewery back in 2011, brewing in Connecticut and Wisconsin until finally opening a place in the Bronx in 2014. They collaborated with Whole Foods Market stores in the Northeast Region to release No Resolutions, the brewery’s first Double IPA. Brewed with a variety of hops, No Resolutions has notes of citrus, pine, tropical fruits and wildflowers.

“The process of creating No Resolutions was a true collaboration, from start to finish,” Manca said. “We worked with the Bronx Brewery team for over six months, collaborating on everything from the style to the packaging, culminating in a tasting session with our team and theirs at the brewery shortly before the launch.”

Bronx Brewery and Whole Foods produced 3,000 bottles of No Resolutions Double IPA, which are available in New York, New Jersey and Connecticut.