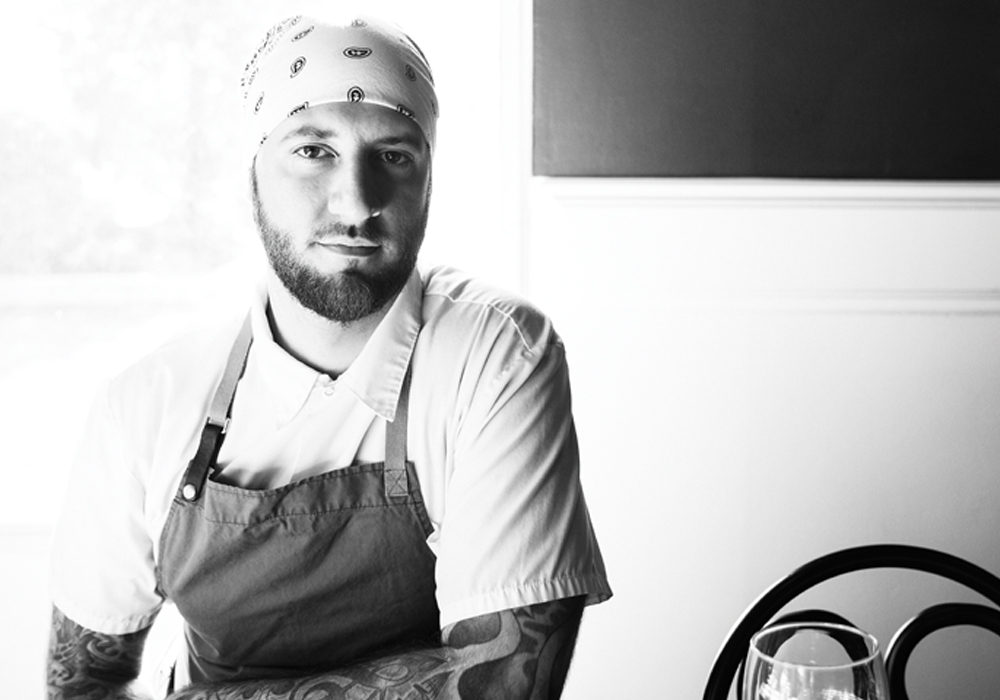 Even as a child James Ahearn saw the kitchen as an experimental playground. Nothing was off limits—the adventurous eater would try anything at least once and wanted a hand in making it all. Cooking with his Armenian grandmother, Ahearn was introduced to dishes other children might shy away from. Tripe was always on the stove, and she even managed to pass off liver as “chicken nuggets.” Surrounded by such culinary creativity, it’s no wonder that by age 9 he was telling everyone that he wanted to be a chef. “I was always experimenting, blowing up my mother’s kitchen as a kid. I think I lit the toaster on fire. There was definitely something from the blender on the ceiling.”

Today, as executive chef at Verde Wine Bar & Ristorante in his hometown of Deer Park, Ahearn applies that same exploratory approach to his dishes (with, thankfully, a lot less mess). His experimentation bears more resemblance to the scientific method than a mad scientist’s laboratory. “I always have a formula for everything. If the formula works, you just mix and match ingredients into it…but if I want to research something and do something different, I have to perfect it before it actually goes into my formula. It’s a lengthy process,” Ahearn explained. And thus it is for most of the complex dishes on his menu.

Take for instance the chef’s favorite entrée, the rabbit’s leg. “It’s kind of complicated…there’s 14 ingredients in it. It’s cooked in it’s own oil. It’s just so layered in flavor, yet so simple in the outcome. The first bite and the first waft you take of it you just know, wow, there’s a lot of love in here.” 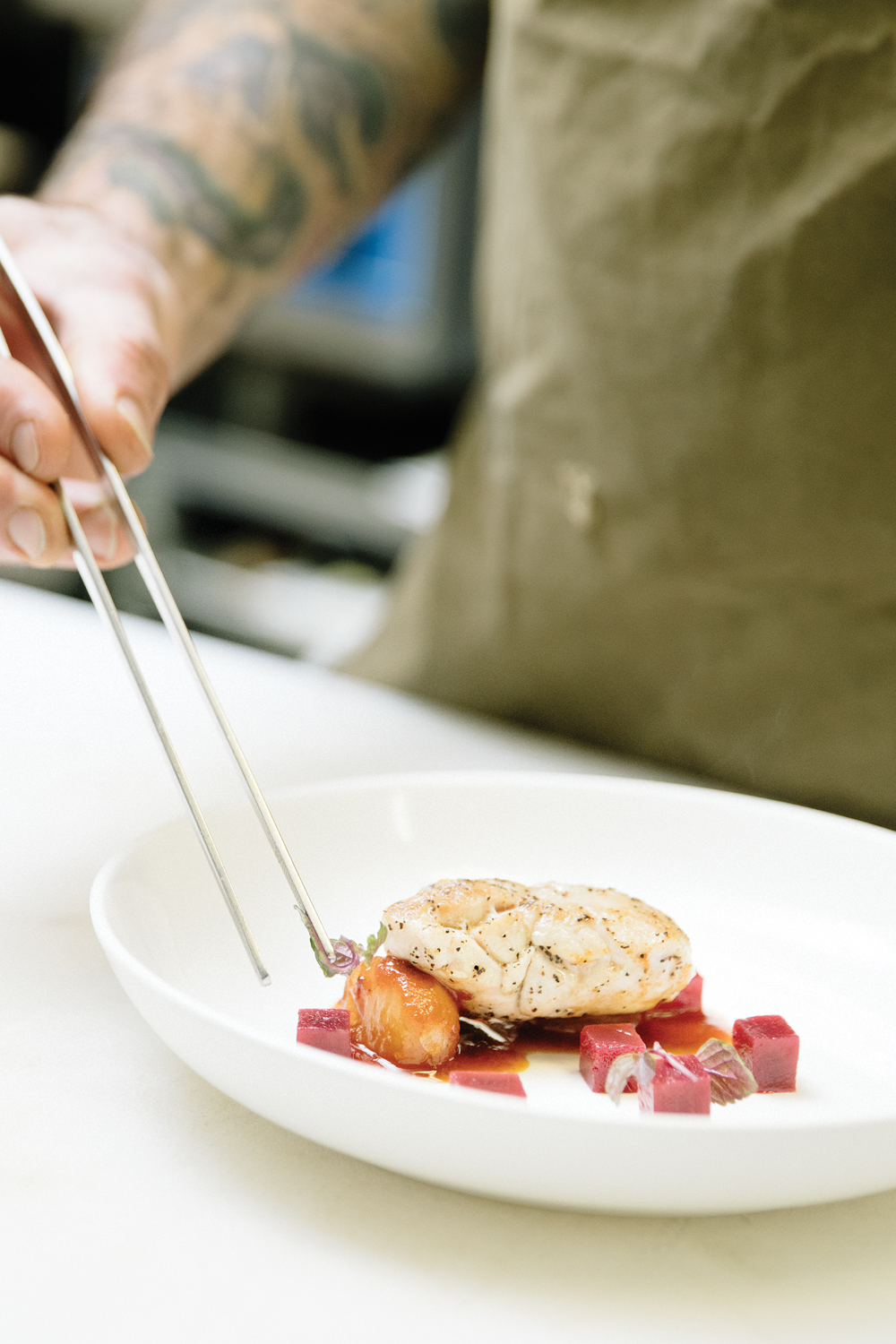 Ahearn sums up his approach as “taking ingredients and manipulating them into something new.” image: matt furman

Given Ahearn’s predilection for off-cuts and organ meat, unexpected ingredients abound at Verde. There are chicken feet in the stock. Duck hearts, beef tongue and dried, fermented cuttlefish all make an appearance. Ahearn is a man who fears little in the realm of food and lets nothing go to waste. “If you want to use something, don’t throw anything away. Even fermenting mushroom stems, a lot of people throw them out or just put them in stock. But I want something different. I want something more.”

Ahearn sums up his approach as “taking ingredients and manipulating them into something new.” Classic French techniques are applied to Old World dishes like sweetbreads or tripe, yet combined with bold flavors and modern presentation. Luckily, the chef has noticed a shift toward more acceptance of offal and variety meats. “It’s my favorite thing to even just push on people. Because when people trust the chef they know what you did is going to work and taste good, and they pretty much shut up and eat it,” Ahearn laughed. “That’s one of my favorite parts.”