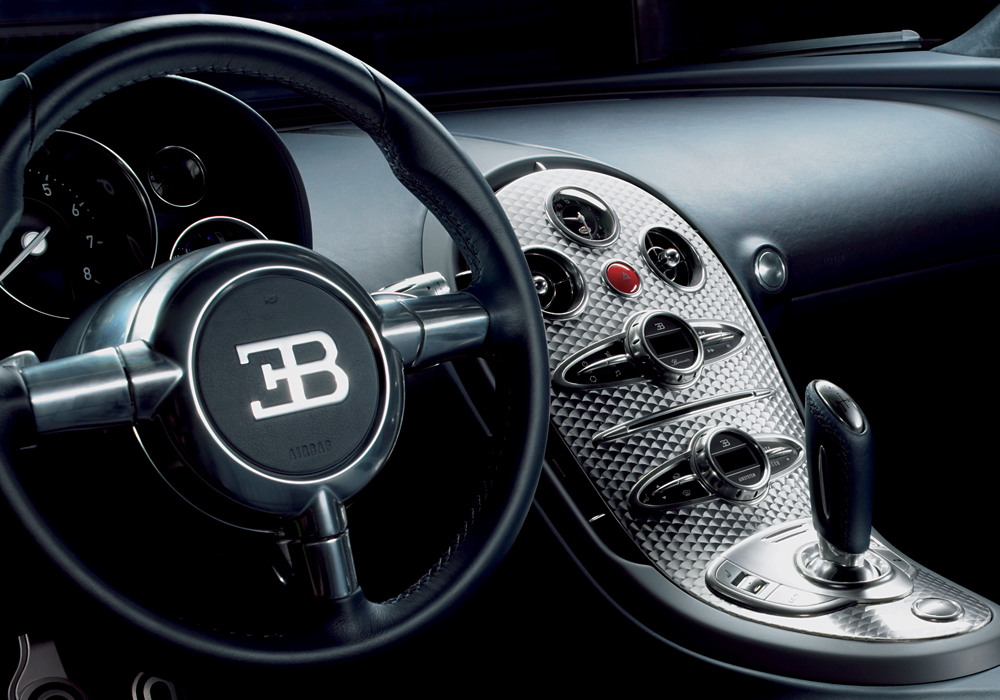 The supercar universe has expanded well beyond the point of a million dollars buying much more than a series-production standout. The economies of scale for developing and manufacturing dictate that hundreds, or even thousands, of examples must be built to amortize the cost of bringing a top model to market. Amazingly, models like LaFerrari, McLaren P1 or Porsche 918 Spyder have almost become ho-hum sightings in some “car towns.” Yet, there are a few extreme automotive statements—call them hypercars—that are guaranteed to make even the most jaded supercar enthusiast raise an eyebrow when encountered in their carbon-fiber flesh. 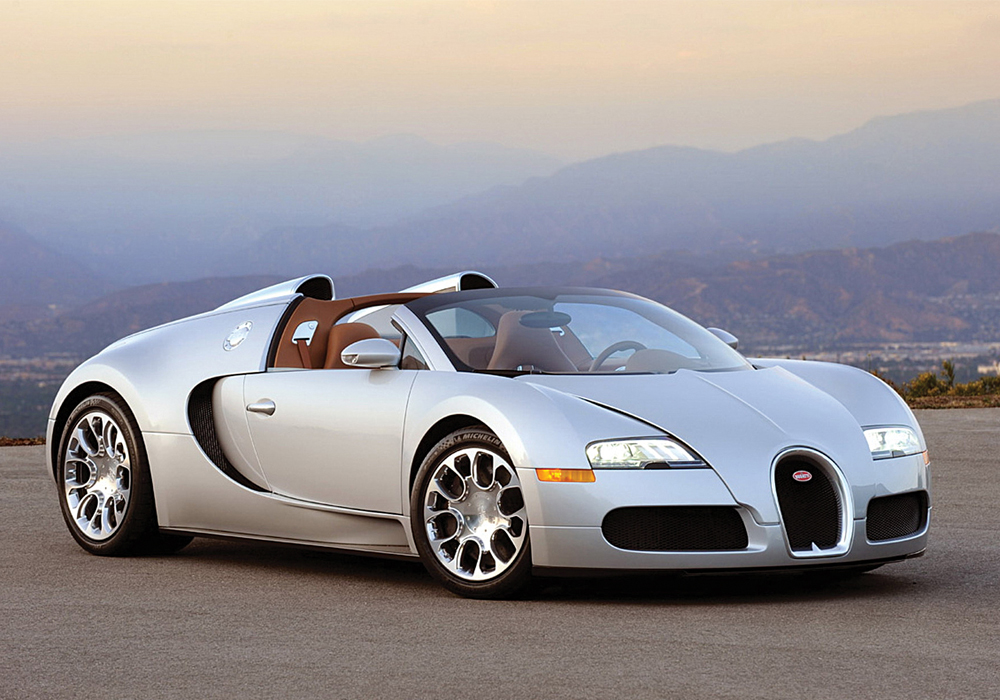 Bugatti’s first assault on sanity began as the Veyron in 2005 and ended as the Grand Sport Vitesse in 2015, with a total of 450 units made (300 coupes and 150 roadsters). The bulbous Bugatti still gets looks and respect from those who understand the sheer awesomeness of the concept. What could have been simply hubris writ large quickly became an ultimate automotive icon. VW chairman Ferdinand Piëch’s vision (and ego) demanded a no-compromise, 1,000 hp car to carry Volkswagen to auto-world domination, with a nod to the marque that once played a major role in motorsport.

In top form, the Veyron Super Sport was made with 1,200 hp from an 8-liter W-16, quad-turbocharged engine and achieved a top speed of 267 mph. Today, even such eye-watering specifications have the big Bug’s heels being nipped at by upstarts from Europe and America. Of course, those who have driven the Bugatti know that its engineering sophistication, refinement and perfection in build quality shame virtually every other contender for the hypercar crown. The original price, just north of $1M and a fortune in its day, more than doubled by the end of the run. While the upcoming Chiron will undoubtedly be a worthy successor, the Veyron stands as proof that the world needed a car of unbridled vision—and horsepower. 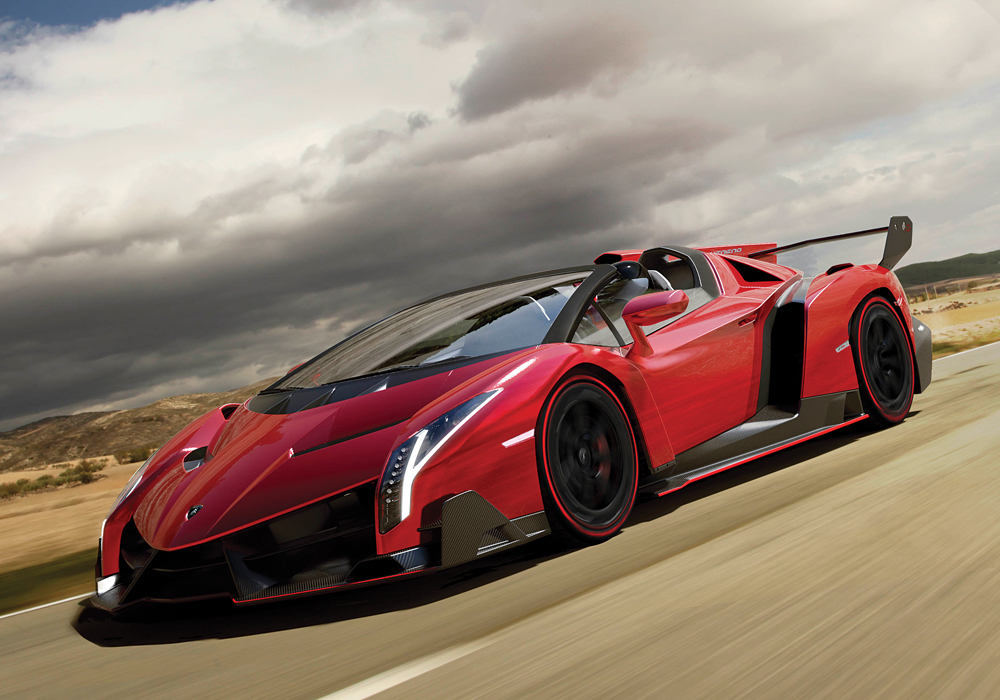 Ferruccio Lamborghini never made racing cars, but he did redefine the Italian grand touring automobile with one superior to the competition of his day. The current Aventador and Huracán range need make no apologies, but the Lamborghini Veneno Roadster is, to date, the most outrageous road-going creation ever to come from Sant’Agata. That only nine exist suggests that the $4.5M price tag was more a statement of potential than a serious business proposition.

Lamborghini introduced the Stealth Bomber look to the tarmac with its matte-black Murciélago and the Veneno continues the tradition with a wickedness suited to the most malevolent outer-space villain. Its shape makes the Bugatti seem like a Buick by comparison—the Veneno’s profusion of wings, slats, slots and other aerodynamic accouterments are expressed in a dominant Y-themed design. 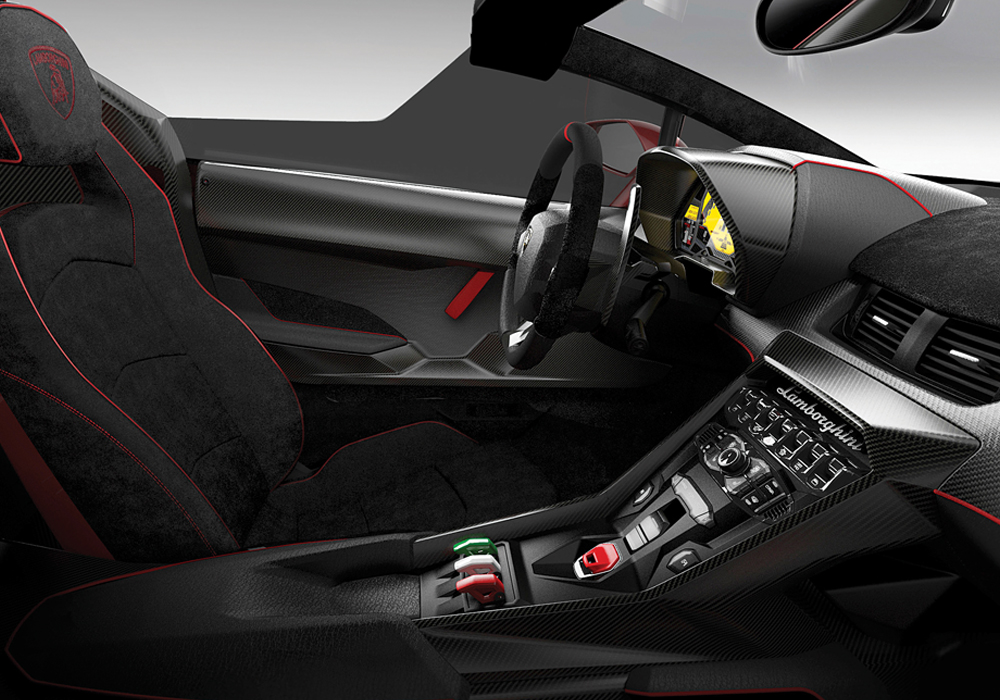 Among the pantheon of supercars, certain vehicles are practically mythological, would-be unicorns that stand out among the mere demi- gods crowding many Long Island car scenes.

This is the poster-car for composites—a specialty of Lamborghini—and features not just a carbon-fiber monocoque tub around which the car is built, but numerous interior and exterior parts and panels formed from the strong, lightweight material. Jaded number crunchers and disciples of Guinness world records may be unmoved by specifications that are slightly earthbound by comparison to the kilo-horse competition. Still, its trusty 6.5-liter V12—the heart of the Aventador—is uprated to a respectable 750 hp and takes the menacing wedge to 221 mph. 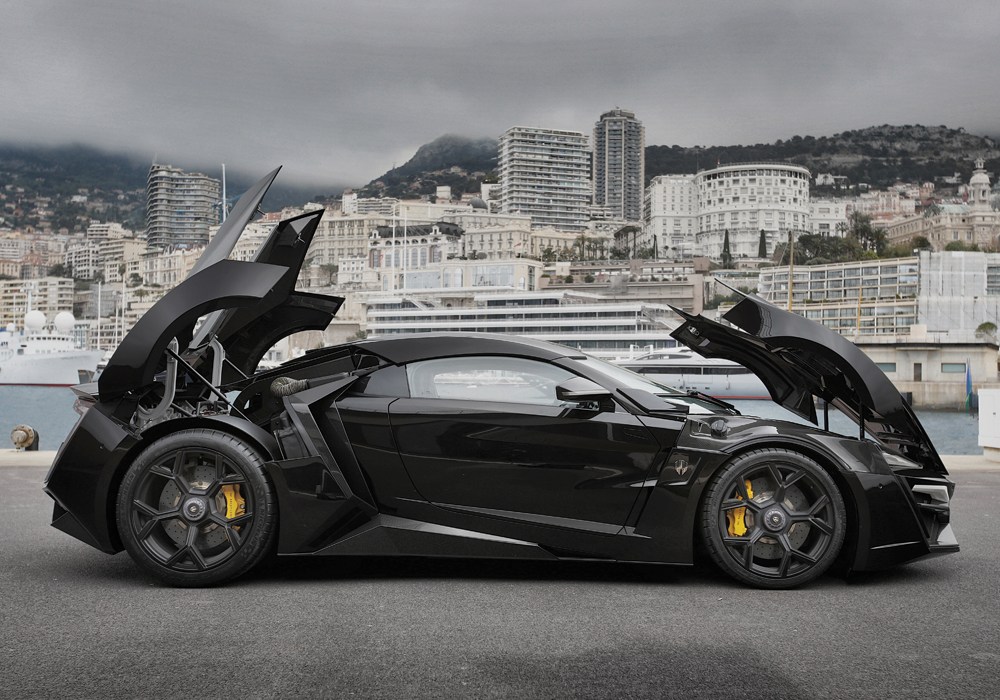 For those bold enough to venture into marques not underwritten by major manufacturers like VW or FCA, the air gets rare and the offerings get wild. W Motors, a United Arab Emirates company founded in 2012, launched their Lykan HyperSport at the Qatar Motor Show in 2013. A $3.4M exercise in the exotic, the Lykan is a carbon fiber creation whose designers—and, we suppose, customers—have a taste for the extreme.

LED headlights are set with 420 precious stones of the buyer’s preference, for instance. The dash is a holographic display, antipodal to the five traditional analog gauges of the Veyron. Power comes from a RUF-developed flat-6 (think Porsche), a 3.7-liter twin-turbo with 770 hp, good for a claimed top speed of 239 mph.

While the Abu Dhabi police force owns one, cars like the Lykan and its successor, the 1,000-plus hp Lykan Supersport HSF, engineered to run on hybrid synthetic fuel, are more likely encountered as video-game characters than real-world products, especially in the United States, where stringent (and cumbersome) regulations present the ultimate hurdle for small-volume manufacturers. Still, W Motors are to be commended for a vision that takes the supercar into an even higher orbit.