Luxury is more than a status symbol. It is the expression of life’s little indulgences—the moments when we treat ourselves to something outside the realm of necessity. It can be as simple as the perfect cup of coffee or as extravagant as a personal flying machine. What makes these luxe items so extraordinary is not just the exceptional materials and level of craftsmanship involved, but the way in which they elevate our daily lives. They create an experience, a reward for a job well done and battles hard fought. These are not things but portals ushering us from the realm of need into the uninhibited joy of simple wants. And it’s all in the wanting. 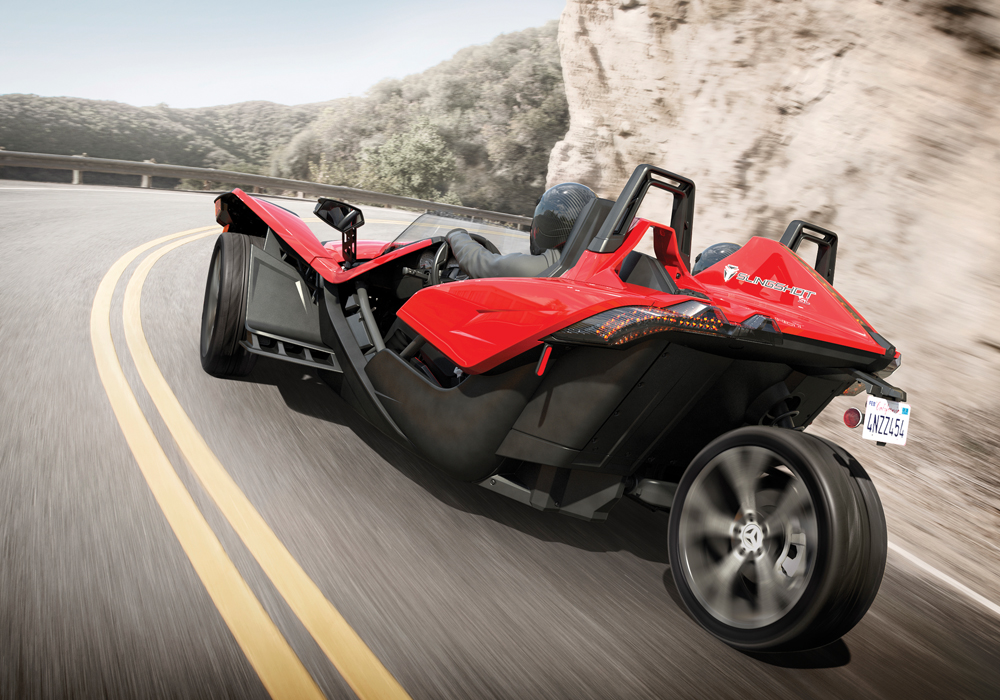 Is it a car or is it a motorcycle? Although no one seems to be able to answer that question definitively, most are in agreement that this unclassifiable three-wheeler is fun to drive. Set-up like a futuristic reverse trike (two wheels in the front, one in the back), the Slingshot has no doors, no roof and no airbags. It’s a contraption straight out of a superhero movie—something more akin to the Batmobile than a conventional vehicle. Its lightweight, angular frame and wide-open body lend to the feeling of driving a go-kart on steroids. There’s something undeniably satisfying about hugging turns while so low to the ground you could reach out and touch the pavement. Pricing starts at $21,199. 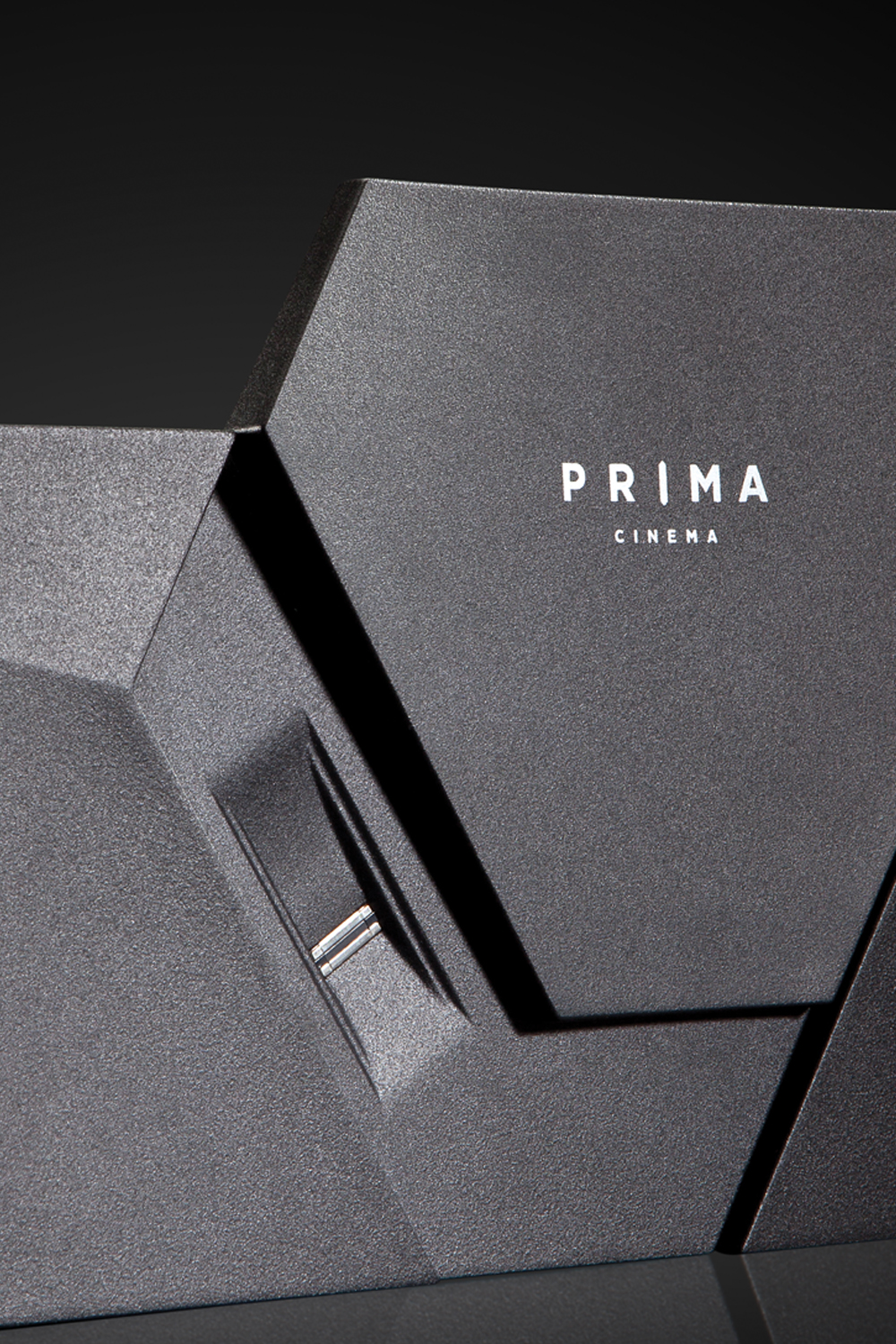 True cinephiles obsess over creating a dream home theater…but what’s the point of plush seats, 8.1 surround sound and an HD projector without the latest movies? PRIMA Cinema brings films currently in theaters into the home, free from chatty strangers, noisy iPhones or sticky floors. But all this exclusivity comes with restrictions. The $35,000 system can only be installed once the home setup has been approved by an authorized dealer (it has to meet Hollywood Studio and PRIMA standards). The box is tethered to one location, no lugging it to a friend’s house. And autho- rized users are required to sign in via finger- print scan in the specially niched sensor on its façade. Films are automatically downloaded to the device upon release and available for a 24-hour “rental” period at $500 each ($600 for 3D). 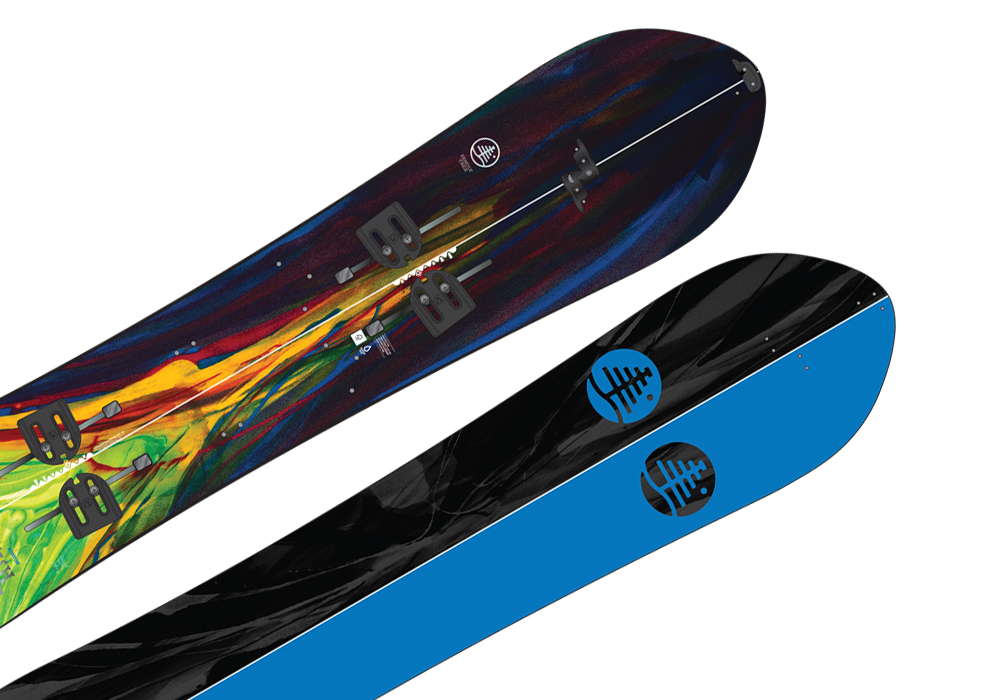 Snowboarders wanting to escape the crowded slopes and seek out untouched powder can turn to the splitboard to cut a path where no man has gone before. Combination snowboard and climbing ski, this dual-use board divides in half to allow users to “skin” up a mountain like a backcountry skier, then snap the board together to ride down, eliminating the need for hauling bulky snowshoes or carrying the board on your back. The Burton Fish Split is designed for backcountry exploration on even the deepest snow days. $799.95 at burton.com. 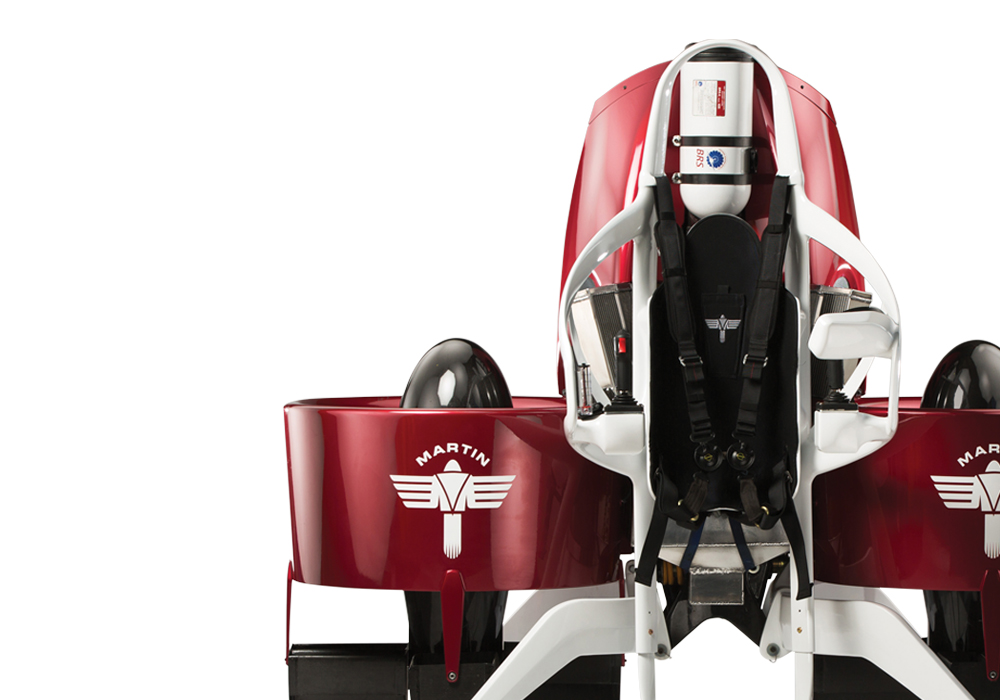 George Jetson. The Rocketeer. James Bond. Boba Fett. All of these have possessed one item that, until now, has alluded modern man; the jetpack. Ducted fans actually provide the lift here, powered by a gasoline-fueled, 200 horsepower engine. A full tank can power a 30-minute flight, soaring up to 3000 feet and reaching 46mph. Unfortunately the wait for civilians is not yet over—this Martin Jetpack won’t be available for personal use until 2017. The first rollout later this year is intended for the military and first responders. But serious shoppers should consider buying a spot on the formal waiting list—a mere $5000 deposit. The final price is estimated at under $150,000. 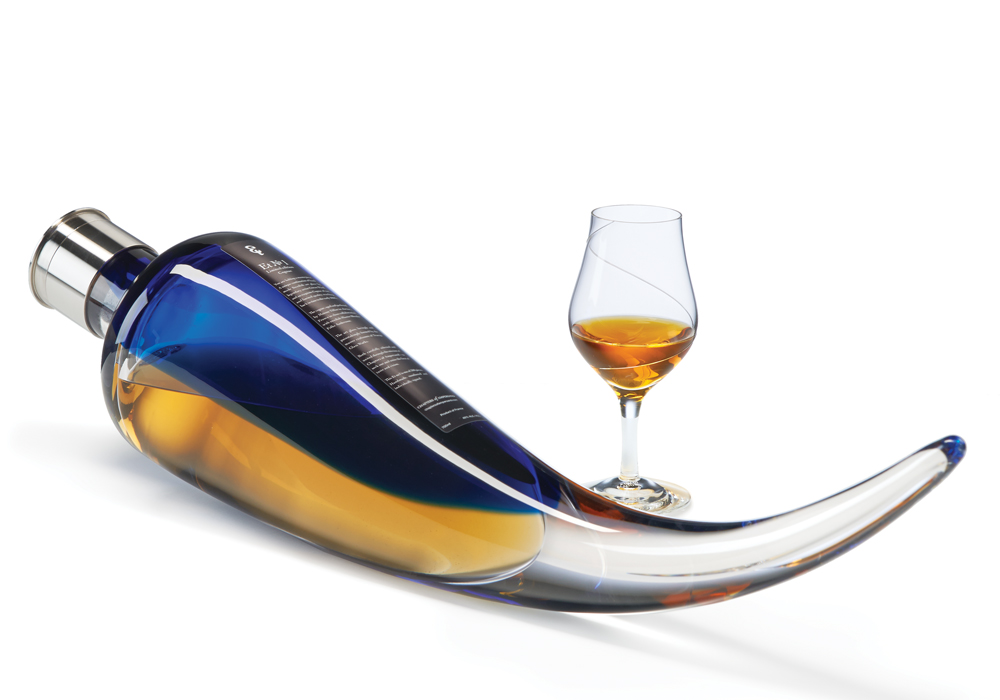 For centuries artisans have experimented with the aging of brandy and the sculpting of molten glass. Chapters of Ampersand has managed to blend the knowledge of both. Et No. 1, produced in a limited run of 300, is a collaboration between master blender Folke Andersson and glassmaker Göran Wärff, a cognac in a vessel as well crafted as it tastes. The spirit is a combination of cognacs sourced from the cellars of Maison Tiffon dating from 1943 and 1974, as well as an inclusion from around 1870 (a prized vintage that predates the phylloxera outbreak that destroyed vineyards in the late 19th century). The bottle is a Swedish blown-glass work of art, individually numbered, signed and packaged in a box of smoked oak. The price is around $8000, depending on local taxes and duties. 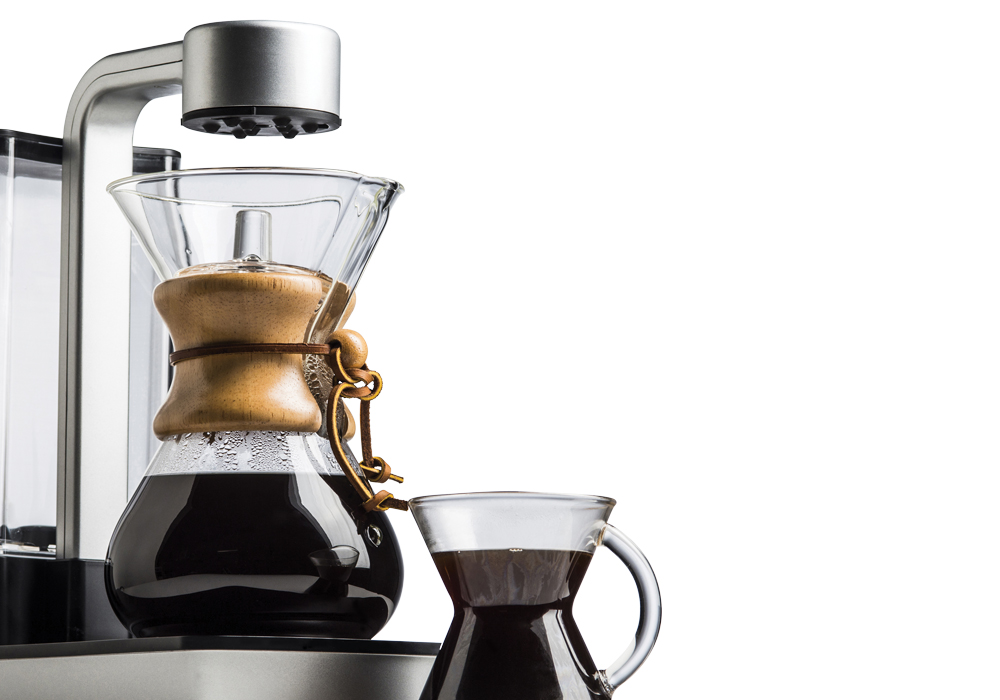 Pour-over coffee, a Japanese tradition, has finally found its niche in the Western world. Java aficionados praise this brewing technique for its unparalleled ability to produce a more nuanced cup than even French press. But this method comes with a price: time. The pourer must slave over the steaming cup, slowly administering water in a thin, even stream. Ain’t nobody got time for that. Enter Chemex Ottomatic. The brewer manages all the key variables, from the initial step of wetting the grounds to determining the ideal bean-to-water contact time. Yet it’s the design of this beautiful brewer that takes the (coffee) cake—the classic wood and glass curves of the traditional Chemex are only enhanced by the sleek “Greedy Cup” sprayhead. $350 at chemexcoffeemaker.com. 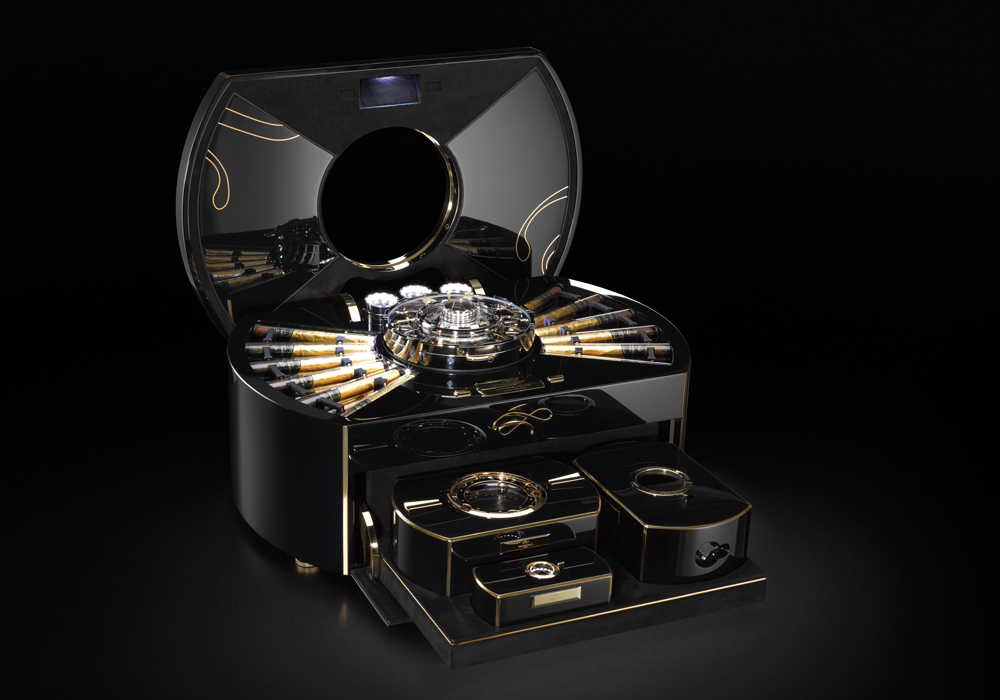 As precise as a Swiss watch and as sleek as a sports car, the Imperiali Genève Emperador is more objet d’art than mere cigar storage. The high-tech humidor is crafted from over 2600 components, including a bespoke tourbillion timepiece on view in the lid with clockwork too beautiful to hide. The passcode-protected main compartment features the world’s first self-regulated humidity system, requiring no water and no maintenance to keep the interior at a steady 70-percent humidity and between 61 and 65 degrees. Inside are 24 Grand Cru cigars, wrapped in gold leaf and preserved in individual glass tubes. The cutter involves a laser positioning system, the gas- powered lighter ignites via electronic starter and the ashtray automatically opens when it senses an approaching cigar. Produced in a limited run of only 12 per year, the Emperador is priced at 1 million Swiss francs. 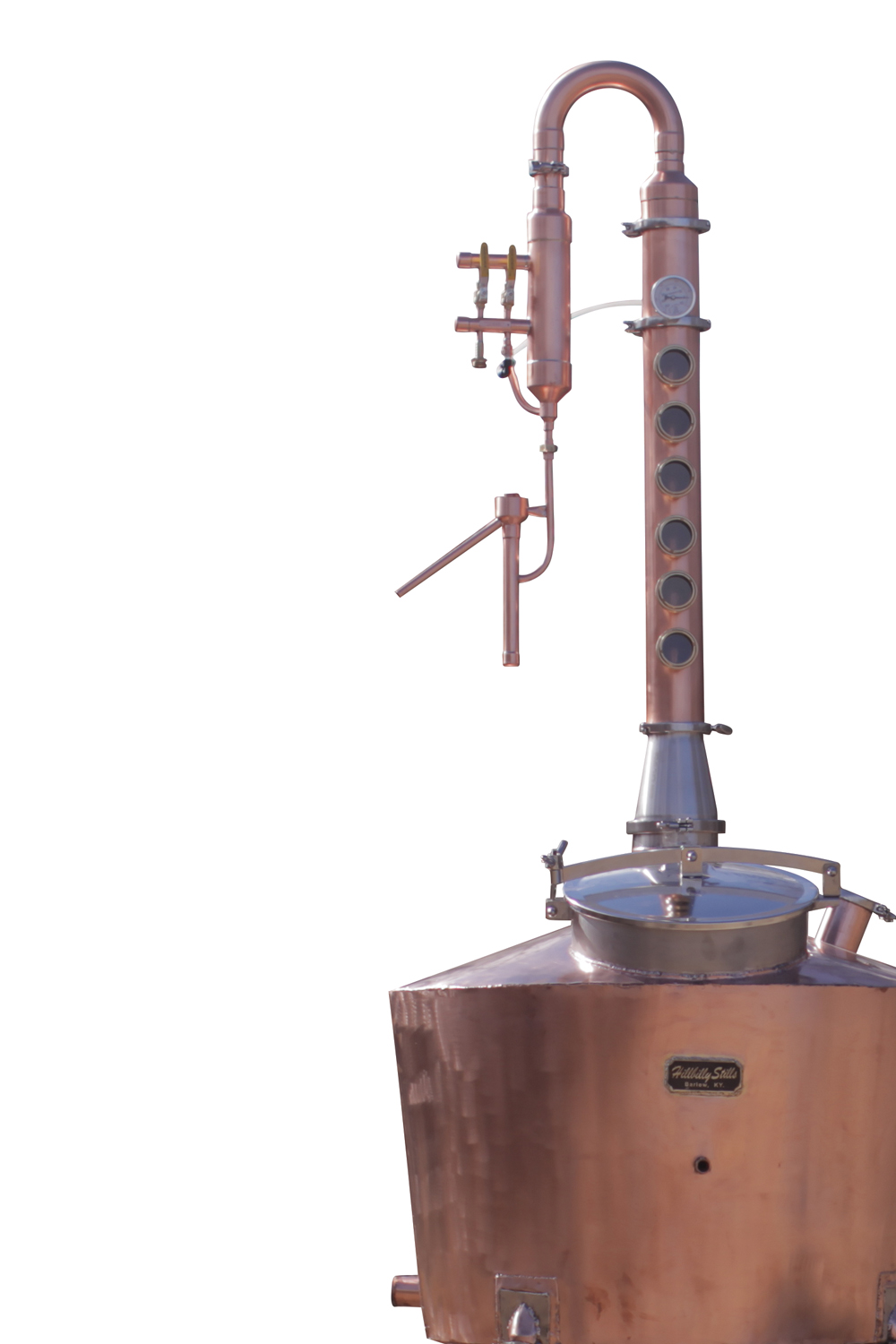 Hillbilly Stills 30-Gallon Copper Moonshine Still may sound like nothing more than a hipster name trying to capitalize on flannel and facial hair trends, but make no mistake about it, this is a still worthy of the finest bootleggers this side of Chicago. As the craft moon- shine movement spreads across the country, distilleries like Ole Smoky and Firefly are becoming regular staples in liquor stores every- where. For amateur distillers looking to hone their craft, take a cue from the pros and go all copper. Not only is it an excellent heat conductor, but the metal also reacts with the contents on a molecular level, canceling the taste of sulfur produced by fermenting yeast. For brown spirits lovers, a personal still is an investment of time and money—the ultimate benchmark of tasteful luxu- ries. Yes, technically, distilling spirits with the inten- tion of drinking is illegal, but what you do with it is up to you. If you’re not looking to break the law, go semi- pro and spring for a Distillers License. You know the neighbors will want to buy a bottle anyway. Hillbilly Stills all-copper set-ups range from $6450 to $6750 at hillbillystills.com.