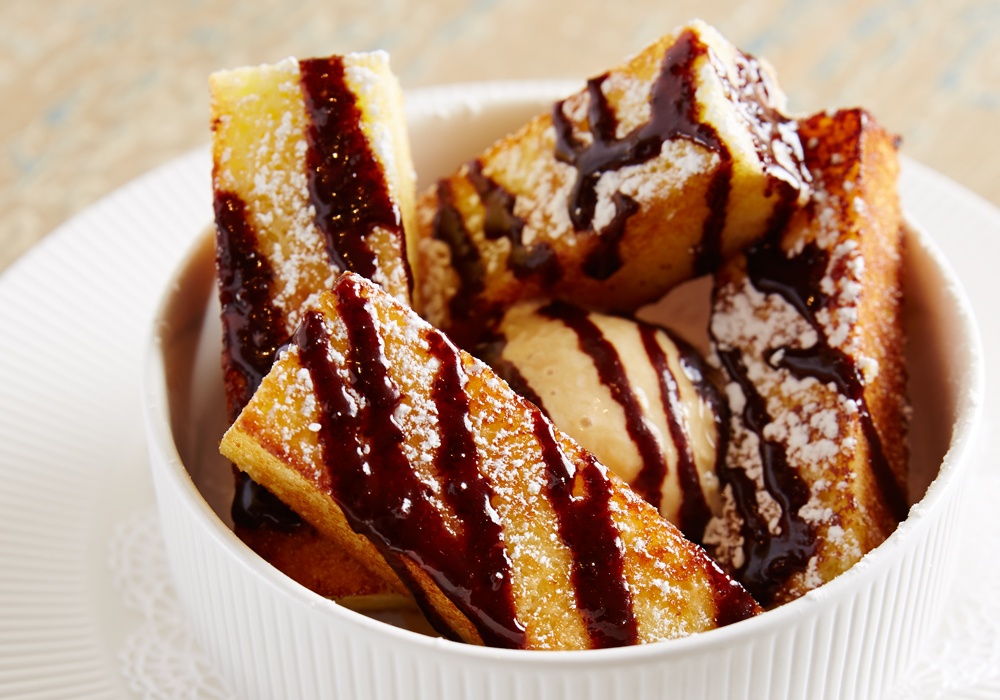 There’s always great eating on our sandbar, but the lessing’s new eatery hailing by the name is offering some of the best around. image: yvonne albinowski

Sandbar is an impressive restaurant with an endearing nautical milieu that pays homage to Cold Spring Harbor with paintings by local artists. The décor features a peaked glass dome over the bar, a ceiling punctuated with mahogany half hulls, a two-story, transparent wine cellar and a Moroccan tiled foyer. The entire place displays an effortless opulence.

Yet the décor almost, though not quite, obscures the food. It’s not that the dishes fall short; quite the opposite, they are consistently outstanding. But the décor seems to promise more than the conservative menu delivers—it is anything but trendy. That’s especially odd considering executive chef Guy Reuge is arguably one of the most gifted and innovative kitchen commanders on the Island.

Related: Peek inside the fridge of Sandbar’s Chef

Sandbar has elected to go another way: standard, familiar food. Here the likes of a cheeseburger (albeit a fancy one), crab cakes, penne pasta, chicken parmesan and other dishes are among the prominent listings. Diners will find elevated comfort food, expertly prepared tavern favorites and refined seafood specialties.

Dinners begin with a slice of noteworthy, thick, crusty bread (though, we were not offered another). Follow it with a bowl of the rich, smooth, exemplary Long Island clam chowder (actually New England style) with a few floating dill crackers. At $10, it’s one of the least expensive items. Another recommended starter is the chickpea fries, lightly crunchy bars accompanied by a lively sriracha aioli ($12). Two other starters sampled were the six clams casino with the usual bacon and peppers ($14) and a tuna tartare enlivened by a generous insert of avocado ($16).

The roasted organic chicken breast, simply served with corn chanterelle ragù ($26) is a juicy marvel, a real standout, especially for a dish that’s often undesirably dry. So too with the scallops. Often either over or undercooked, here the seared scallops ($32) hit the mark perfectly with a delightful taste and texture so rarely achieved. There’s not a thing wrong with the grilled swordfish steak ($28) except that it tastes like every grilled swordfish steak you’ve ever eaten. That cheeseburger at $17, the least expensive entrée, was all it should be but its hefty load of chopped meat, bacon-onion marmalade and cheddar cheese just about destroyed the bottom of its bun.

Our attentive waiter delivered the check without asking us if we wanted coffee or any after dinner beverages. That and an oc- casional period of slow service when the restaurant was packed, were the only exceptions to his otherwise knowing attention