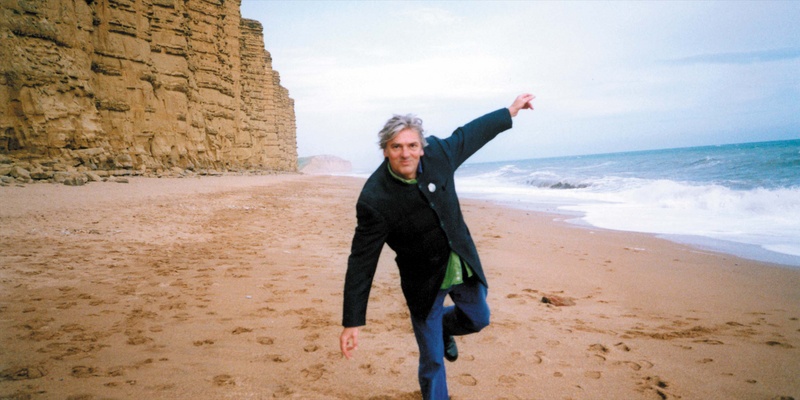 The English rocker plays Landmark on Main Street on January 29

“Across the Courtesy Bay the white palaces of fashionable East Egg glittered along the water,’ — I will be there on January 29th to see for myself. I’ll be unpacking old songs, testing out new ones and, for the encore, singing favorites of mine by other artists. Please send your requests. Everything is possible for James Bond, and I too enjoy a dirty martini, but please bear in mind I’m playing solo and acoustic when you send in your suggestions.”

Considered one of the father’s of alt-rock, Hitchcock was a member of neo-psychedlia group The Soft Boys (1976-1981) before going solo and eventually forming his band, The Egyptians (1984-1994), known for college-radio hits like “Balloon Man,” “Madonna of the Wasps,” and “So You Think You’re in Love.”

The multi-instrumentalist has recorded more than 20 albums, and his most recent solo effort, 2014’s The Man Upstairs, includes Hitchcock’s trademark surrealist lyrics. Known for covering songs by numerous artists (including Bob Dylan, The Beatles and Pink Floyd) Hitchcock recorded stripped-down versions of songs like The Psychedelic Fur’s “The Ghost in You,” Roxy Music’s “To Turn You On” and The Doors’ “The Crystal Ship” for The Man Upstairs—in addition to originals like the bluesy “Somebody to Break Your Heart,” the Bryan Ferry-inspired “Comme Toujours” and the yearning, cello-laden, “San Francisco Patrol.”

When Hitchcock plays The Landmark, expect to hear songs from his extensive catalog, amusing stories, covers and new songs from a record he expects to release next winter. Get there early to hear the Patsy Cline-esque Americana singer, Emma Swift.