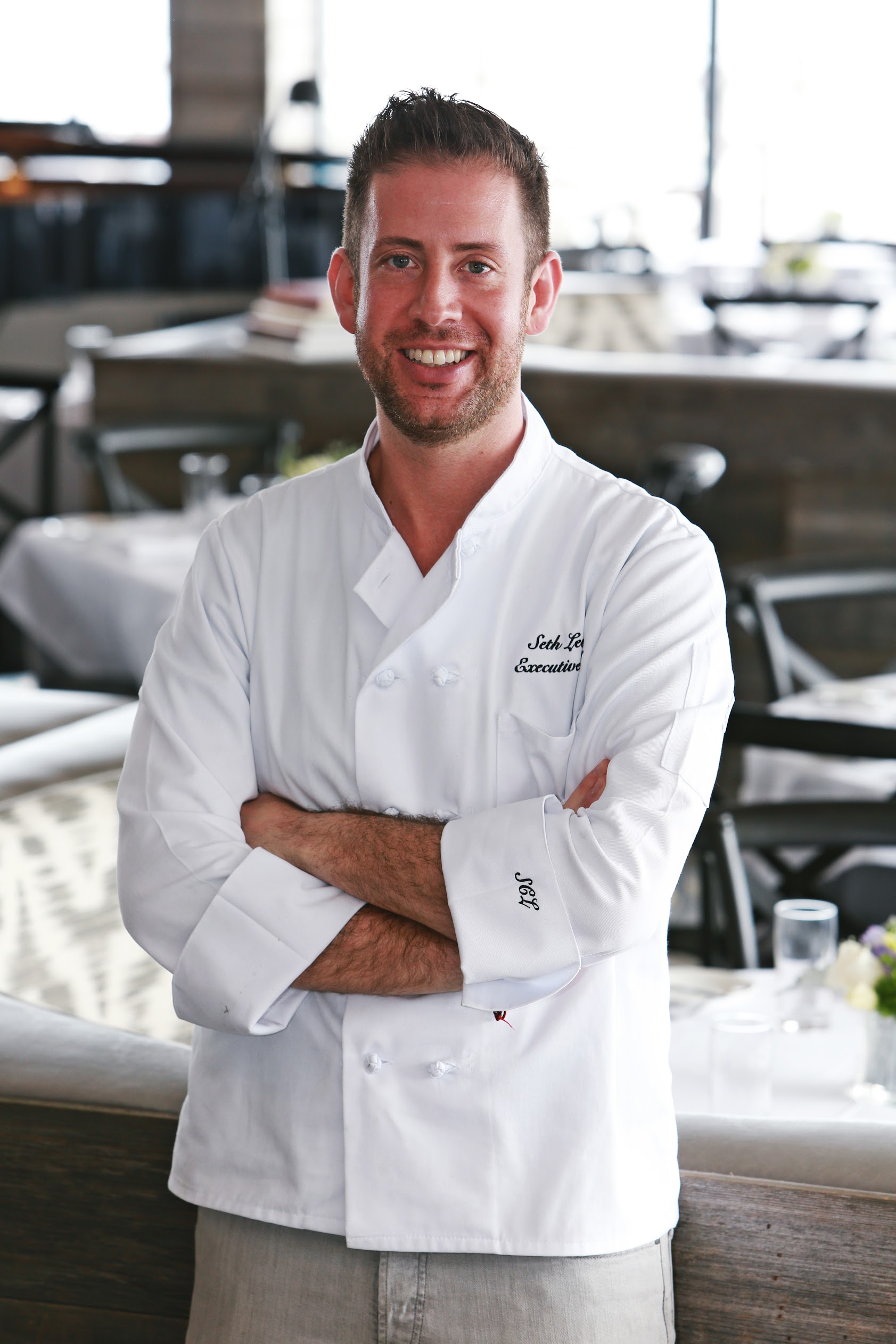 Great Neck native chef Seth Levine has built his career on the belief that fine dining should be fun. As the executive chef of three New York City restaurants—Hotel Chantelle, Penthouse 808 at Ravel Hotel, and The Stand—Levine is a self-described Willy Wonka weaving together comfort food with haute cuisine and molecular gastronomy for whimsical inventive flavors. Think a tuna tartare cigar served in a vintage glass ashtray or waffle-crusted fried chicken topped with maple syrup cotton candy.

The past few years have been a bit of blur for Levine. He stumbled upon an audition for Hell’s Kitchen Season Five, opened Georgica in the Hamptons and just last year helped to open Hotel Chantelle’s London outpost. I chatted with Levine on life after Hell’s Kitchen, where we should eat next and how to successfully cook at home.

Long Island Pulse: Tell us about the food programs at Hotel Chantelle, Penthouse 808 and The Stand?
Chef Seth Levine: Each of my restaurants are quite different in concept and menu. Hotel Chantelle is a very playful, fun menu. It’s creative, modern, American food, which allows me to create anything really. It’s my place to be “Willy Wonka,” with presentation and food pairings.

At Penthouse 808 at Ravel Hotel, the cuisine is a marriage between Japanese and Pacific Rim. I love using the raw seafood ingredients to create fresh dishes, and I work very closely with my sushi chef to ensure we mix creativity with classic.

The Stand, to me, is the first collaboration of its kind where good food is served at a comedy club. The concept has worked extremely well where guests can come in for a great dinner, and not ever know that downstairs has, in my opinion, some of the best comedy in NY. Or they can sit and eat downstairs to enjoy our good, quality food while watching some of the world’s best comics at the same time.

Pulse: What’s your best dish right now?  What’s so great about it?
Levine: One of my favorites at the moment is our chicken and waffles at Hotel Chantelle, but of course it’s not just any chicken and waffles. I crust the chicken breast in dehydrated waffles then wrap them in maple syrup cotton candy and serve on lollipop sticks with a chili spiced syrup for dipping or drizzled on top.

Pulse: Where did you get your start?
Levine: I’ve been cooking for forever, since I was 6-years-old. I went to culinary school at Lorenzo de Medici in Italy before my seven-year stint at Goldman Sachs. Then the day I left Wall Street, I found myself randomly auditioning for Hell’s Kitchen on Fox. I ended up on season five, which definitely helped propel my career. I opened my first restaurant, Georgica in the Hamptons, the year Hell’s Kitchen aired and haven’t looked back since.

Pulse: You grew up on Long Island, what were some of your favorite places?
Levine: I grew up in Great Neck, so I’m partial to many restaurants in my area. I still dream about Gino’s Pizza, I love Daruma for sushi and Peter Luger’s is by far my favorite steakhouse in the world.

Pulse: What chefs inspire you?
Levine: Eric Ripert is not only an incredible chef that I think all chefs look up to, but his attitude and personality pairs well with who I am as a chef. I used to be a hot head in the kitchen but now after 15 restaurant openings I’m calmer than ever. There are always variables in this business. I used to freak out at all of them but I now realize everything gets solved whether you scream or talk calmly.

Pulse: What’s your favorite restaurant (besides your own!) and what should we order there?
Levine: Le Bernadin (uni/caviar pasta) and Fransico’s Centro Vasco (lobster).

Pulse: If you weren’t a chef, what would you do for a living?
Levine: I would be some sort of artist. I’ve always been a “creative” person, and have always loved painting and drawing before I loved plating food. I always say a white plate is a blank canvas.

Pulse: If you were headed for the electric chair tomorrow, what would you eat for your last supper?
Levine: A bathtub full of beluga caviar.

Pulse: What cooking tips can you offer to those of us who don’t know an oven mitt from a catcher’s mitt?
Levine: If you set up all of your ingredients and have everything ready before you turn the oven on, you can control the situation at your pace. Once you’re missing ingredients, or have to stop to chop an onion when your garlic is already in your pan, you can be bound for disaster.