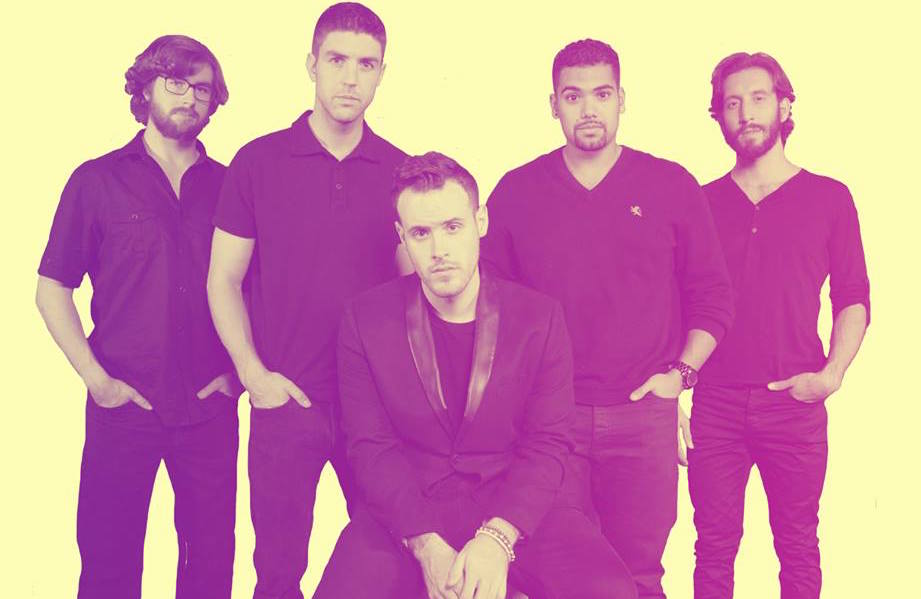 Fresh off a sold out performance at The Paramount, Sir Cadian Rhythm is getting ready to release their second EP, Identity Crisis. Pulse chatted with the members—Jack Weppler (vocals), Alex Laudani (guitar), Richie Cluxton (cass), Keith Miller (drums), Matt Carlin (keyboards, horn, vocals)—about what to expect when the EP drops Feb 4, how they got started and where they’re headed.

Long Island Pulse: Tell us about the EP Identity Crisis you are releasing? What was the inspiration?
Jack Weppler: Identity Crisis has been a long process for just a few songs and we learned a lot during its creation about us as a band, artists and people in general. After our first EP we sort of struggled to find our true sound. With each of us having different backgrounds in different genres of music it was hard to place us. We had an “identity crisis” if you will, which brought on the name of the EP. Identity Crisis is us truly coming together to create a unique sound that makes a mark and sets itself apart from what modern stuff you’re hearing today.

Pulse: How is it different from your first EP?
Alex Laudani: Identity Crisis is similar to our first EP in that it is an amalgam of sounds, tastes and flavors— you are not going to hear one particular genre all the way through, but it is different in the sense of its overall maturity. I think the listener will be able to notice our growth musically in comparison to our last effort.

Pulse: How do you describe your music to someone you’ve never met?
Richie Cluxton: This is a question that has given us trouble until lately. We have labeled our music as “Rock Fusion.” We are a rock band but contain a fusion of many different genres. Our music contains styles from jazz to alternative, funk to rap and it doesn’t stop there.

Pulse: Tell us how Sir Cadian Rhythm got started:
Cluxton: Sir Cadian Rhythm transformed from a previous project called Echo Hill. Echo Hill had parted ways with its singer but Alex and Keith and myself wanted to continue rocking. Alex met Jack after putting up flyers for a singer and joined the band. We started playing shows locally and added Jack’s longtime buddy Matt into the mix.

Pulse: Where did the name Sir Cadian Rhythm come from?
Weppler: Honestly from just sitting in my truck and not leaving until we thought of a name. I literally googled “cool words.” We found circadian rhythm and decided to change it up a bit and spell it with Sir rather than its normal spelling. We weren’t even going to stick with the name; we just needed one because we were performing that night. We got lazy and never bothered changing it. We like it.

Pulse: What was the writing process like for Identity Crisis?
Laudani: We wrote the music for our last EP prior to entering the studio. As a result, the recording process was extremely smooth because we followed a format and didn’t stray from that. This time around we took a different approach. We ventured upstate to Raw Recording studios in Patterson, NY with only the basic structures of the songs. After laying down the foundations we developed the songs in studio and from there they evolved steadily into what they are now. It was a difficult process but I think the resistance we faced in the studio was a great thing for our band. We pushed ourselves creatively by analyzing the music from an “objective” rather than “subjective” eye.

Pulse: What’s one song on the EP that’s really special to you?
Laudani: The fifth song on the EP, “Walk on Wire,” resonates with me the most. I wrote the basis of the song during a difficult time in my life. It encapsulates one of life’s most important ideals: failure and why all human beings need to embrace it rather than resist it. What I also love about the song is the fact that it teeters on the edge of being commercial yet still maintains an experimental rock quality because of its unique structure.

Pulse: What’s next for Sir Cadian Rhythm? Where can we hear you play in the coming months?
Matt Carlin: While we were creating our EP Identity Crisis, we definitely had to hold off on some of the gigs to focus on the product. That has changed.

Since our first performance at The Paramount, we have been booking performances like crazy. We always knew it was necessary, but we have finally started booking outside of Long Island. We have performances in Manhattan, Chicago, Potsdam and Pennsylvania and summer tours scheduled across the US.

Pulse: Do you feel like the Internet in general and streaming in specific have changed the music industry? Is it harder or easier to break in now?
Carlin: The music industry seems to change every day. It’s a discussion that we ourselves as well as striving artists have with each other regularly. I would definitely agree that the Internet, more specifically streaming and social media are changing the game. We all to an extent realize that making money solely off of one’s music is incredibly difficult with streaming. We’ve spent thousands of dollars and hours upon end trying to develop a product that we hope would “sell.” However, we ultimately realize that “selling” is not the same as making money. As appealing as cash is, we want people to stream our music if it means that it can spread throughout the world faster. Multiple forms of social media like Facebook and YouTube might allow you to dump money in advertising your product, but it’s something that is becoming the norm throughout the world. Everyone is dumping money to advertise their music. There are often times when we post that we’re told our reception isn’t what it should be or that our content isn’t making it to our demographic. But this ultimately drives us to come up with something truly revolutionary. We end up being fueled to do more so that we can break through the roadblocks social media can hold. It’s something that is a true testament to the “will power” of a band.