This weekend, the trend of live musicals hitting our TVs continues with the airing of Grease: Live on FOX. Following in the footsteps of The Sound of Music Live, Peter Pan Live! and The Wiz Live!, which all aired on NBC, Grease: Live stars Julianne Hough and Aaron Tveit as, respectively, Sandy Olsson and Danny Zuko. Other notable stars include Vanessa Hudgens as Rizzo, Keke Palmer as Marty, Carly Rae Jepsen as Frenchy and Mario Lopez as Vince Fontaine.

Given the relative success of the slew of remade-for-TV musicals (and as a precursor to Sunday’s show), we came up with a few suggestions for anyone looking for the next big production:

Fiddler on the Roof

One of the most recognized musicals of all time, Fiddler on the Roof Live! would take the story of Tevye to the next level when starring Harrison Ford as the patriarch of a Jewish family attempting to maintain its religious traditions in 1905 Imperial Russia. Bette Midler would be ideal as Tevye’s sharp-tongued wife, Golde, while the couple’s five daughters would be played by Lea Michele, Shiri Appleby, Michelle Trachtenberg, Leighton Meester and Chloë Grace Moretz.

The classic 1961 film based on Truman Capote’s novel begs to be turned into a live musical TV production. Who could ever take over Audrey Hepburn’s most recognized role as Holly Golightly? Emma Stone. Originally played by George Peppard, we can picture the amazing Adam Driver accepting the part of Paul Varjak. 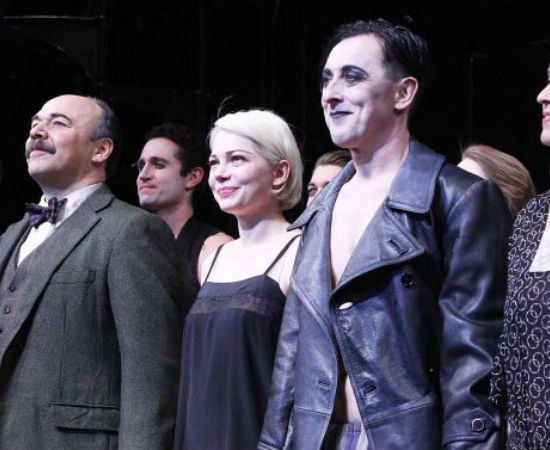 The exploration of human conditions and sentiments are the central theme in this 1998 film, which makes Pleasantville the ideal subject for a musical. Although Tobey Maguire and Reese Witherspoon are perfect as twins David and Jennifer, we suggest Zac Efron and Lily Collins take over the main roles in a new iteration.

Although the film version of the musical won the Best Picture award at the Academy Awards back in 2003, we’d like to make some changes to the movie’s cast to render it ideal for 2016. Specifically, we’d cast Kate Hudson as Velma Kelly (and hear her sing “All That Jazz” again), Christina Aguilera as Roxie Hart and James Marsden as smooth-talking lawyer Billy Flynn.

Confession: we’ve always wished for the Glee team to tackle Rent in at least one full episode. Given the end of the series, though, we can only console ourselves at the thought of a self-devised reunion of one of the most talented casts to ever grace our TV screens. Picture Naya Rivera, Mark Salling, Amber Riley, Chord Overstreet and, of course, Lea Michele, in the rock musical chronicling the life of young, struggling artists trying to make it in New York City at the peak of the HIV/AIDS epidemic.

The quintessential rock musical focusing on the sexual revolution that defined the 1960s, Hair would translate perfectly on TV with Daniel Radcliffe, Hailee Steinfeld, AnnaSophia Robb, Andrew Rannells, Keke Palmer and Taylor Lautner as part of the “tribe” of bohemians living in New York City while protesting the Vietnam War.

Since first seeing that final performance on Center Stage, we’ve been dreaming of a musical version of the entire film. Selena Gomez could star as aspiring ballerina Jody Sawyer, fought over by her classmate Charlie (a perfect role for Tyler Posey) and her teacher Cooper (Jonathan Groff).

Anchored by that most memorable “I Say a Little Prayer For You” musical number, My Best Friend’s Wedding could easily be turned into a live production musical starring Nikki Reed in Julia Roberts’ role, Josh Dallas as her former boyfriend, current best friend and love interest, and Joseph Gordon-Levitt as her fake boyfriend.

Why hasn’t this been made into a musical yet? Of course, Channing Tatum and wife Jenna Dewan-Tatum should be the main characters. Have you seen this?

Featuring some of the most amazing Beatles covers out there, Across the Universe might be the most important entry on this list. We’d like to see Hayden Panettiere and Chris Pine as the star-crossed lovers in this musical focusing on the Vietnam War and much more.

That Thing You Do!

Who better than Adam Brody, Dave Franco, Manish Dayal and Ezra Miller as members of Pennsylvania-based band Oneders? Tom Hanks’ role as their manager should, of course, be taken over by Matthew Morrison.