Starring as Cha Cha, Danny Zukko’s femme fatale ex-girlfriend and, arguably, the most hated character on the cult classic musical, Yvette Gonzalez-Nacer joins Julianne Hough and Vanessa Hudgens in Sunday’s Grease: Live. Carving some time out of her demanding rehearsal schedule, the actress opened up about her favorite Grease character (spoiler alert: it’s not Cha Cha), her commitment to Alzheimer’s research and her exciting future projects. 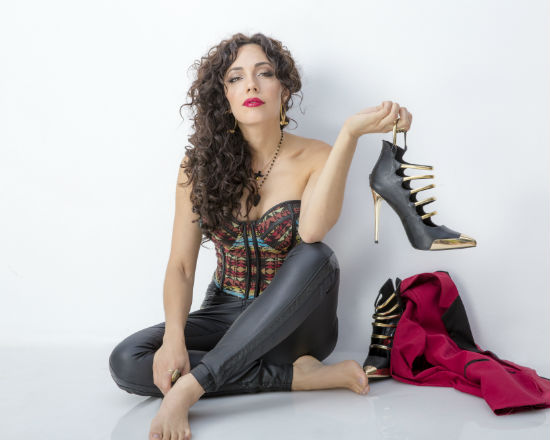 Long Island Pulse: How did you land the role of Cha Cha?
Yvette Gonzalez-Nacer: I was in New York working on a new show and my agent said they were interested in seeing me for the role of Cha Cha. They had kept me in the running for Frenchy earlier in the year, so it was fun to go in and read for the total opposite kind of character.

Pulse: Did you watch the movie before getting cast? Have you always been a fan? If you could have played any character, who would you have played?
Gonzalez-Nacer: I absolutely saw this movie as a little girl. It’s such a classic and I’ve always been a fan. Growing up, I would sing Sandy’s songs around the house and drive my family crazy. But I think Rizzo is probably my favorite character now.

Pulse: Tell us about the rehearsing process for the show. How long before the actual live show did you guys start rehearsing? How often?
Gonzalez-Nacer: It was an intense rehearsal process. The T-Birds and Pink Ladies rehearsed for a month prior to everyone else. Then, they brought in everybody and we worked tirelessly almost every day, for about 5 weeks altogether. It is such a new and ambitious format for a show. Since it will be live, the last few weeks of rehearsal were more like tech and camera angles/live editing, special effects, etc. It’s crazy how we rehearsed as if we were doing a regular Broadway show, but instead of doing the show for months or years, we only will do it for one night!

Pulse: How has it been working with big names like Julianne Hough, Vanessa Hudgens and Mario Lopez, amongst others?
Gonzalez-Nacer: I am so happy to report that they are some of the nicest people I have ever worked with and so much fun. Everyone is insanely talented and it feels like such an honor to be in such good company. I couldn’t say enough nice things about everyone and Julianne Hough has to be one of the sweetest and most generous people on the planet.

Pulse: If you could describe your experience on the project in three words, which words would you choose?
Gonzalez-Nacer: So much fun! Ok that was already three words. I would also have to say awakening and humbling. 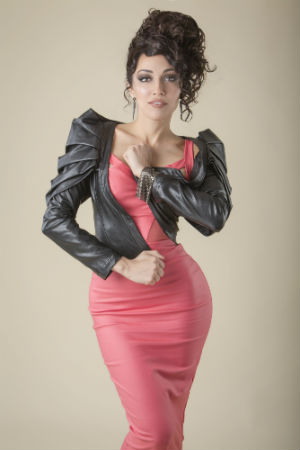 Pulse: What can we expect on Sunday during the live show? Any departure from the original story?
Gonzalez-Nacer: We stay pretty true to the original story, but there are a bunch of wonderful surprises that I think everyone is going to love! Also, there are some songs from the stage version that we are doing, as well as a new song written by our incredible Music Director, Tom Kitt, which Carly Rae Jepsen will sing!

Pulse: If you could turn any other movie/musical into a live production and star in it, what would you choose?
Gonzalez-Nacer: Wicked.

Pulse: You’re a triple threat: acting, dancing and singing. What do you find yourself most comfortable doing?
Gonzalez-Nacer: That’s a hard question to answer because, these days, I’ve been doing them all. I started with music so that will always be second nature to me, but I’ve been blessed to be able to get jobs that allow me to do all of them. I also love when I get the opportunity to work on something that is a little less familiar, because it gives me the opportunity to figure it out and grow as an artist. I love that quote by Pablo Picasso: “I am always doing that which I cannot do, in order that I may learn how to do it.” I am most comfortable just being a creative.

Pulse: Tell us about your humanitarian and philanthropic endeavors. What causes do you focus on the most?
Gonzalez-Nacer: I think we are put on this planet to serve and to use our gifts for the greater good. There are a lot of causes that are important to me but, right now, the one closest to my heart is Alzheimer’s. My grandmother passed away [from] the disease and the experience really inspired me to get as involved as I could in finding a cure. I am a Celebrity Champion for the Alzheimer’s Association and, last year, I founded my own non-profit organization called Creative Minds Care. My vision is to see a world without Alzheimer’s. We are currently planning a huge annual benefit concert, with proceeds benefiting Alzheimer’s research.

Pulse: What’s next for you? Any future projects you’d like to discuss?
Gonzalez-Nacer: My single “Classy” under my artist project, Ava Gold, was just featured on ESPN and is now on iTunes. I’m going to be in the studio finishing up my EP and I have a new music video coming out next month for one of my songs! I also have some upcoming shows in Los Angeles and a couple of really exciting projects that I can’t talk about quite yet, but I’ll be posting updates on my social media, so will definitely keep you posted!