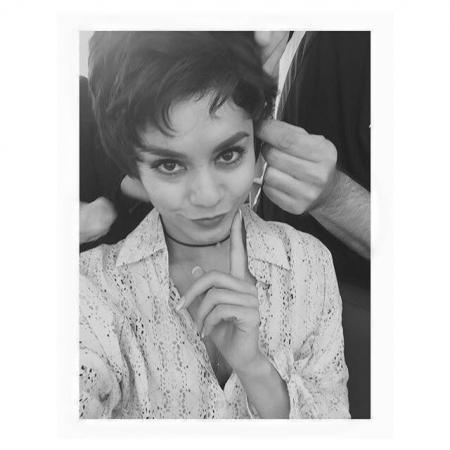 The actress, who had to deal with her father’s passing just hours before air time (“Tonight, I do the show in his honor,” she shared on Twitter), was the production’s greatest success. Her acting, dancing and singing were on point, truly reminding us of the original Rizzo, Stockard Channing.

The show opened with the singer’s live rendition of “Grease is the Word,” performed across the various sound stages, working to hype us all up even further. In case you missed it: 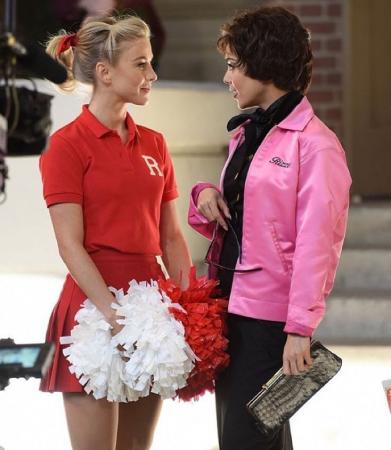 Alongside Hudgens’ Rizzo, Hough’s Sandy was the most true-to-the-original character on the TV production. In addition to her already-proven dancing chops, the performer impressed us with her acting and singing. Possibly the Olivia Newton-John of the 21st century, Hough’s wardrobe and makeup were perfect as well.

As a diner waitress and a TV producer, respectively, Didi Conn and Barry Peal were tapped for small cameos that reminded us about our original love for the characters.

We weren’t sure Lopez could pull off Fontaine’s sexy-cool disposition, especially when thinking of him reciting the whole: “And to look your best for the big contest, just be yourselves and have a ball. That’s what it’s all about, after all. So, forget about the camera and think about the beat. We’ll give the folks at home a real big treat. Don’t worry about where the camera is, just keep on dancin’, that’s your biz. Hey, if I tap your shoulder, move to the side. Let the others finish the ride!” But, the casting choice (mostly) worked:

Stay tuned for our take on some not-so-great musical numbers, but the famous Hand Jive scene was exactly what we wanted. 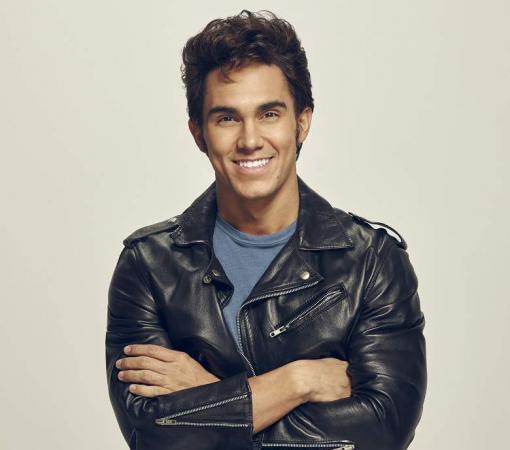 This just didn’t work. Besides the physical differences between the original Kenickie (the late Jeff Conaway) and PenaVega (who, honestly, looked more like the original Sonny), the latter’s acting was not ideal for the part. Supposed to be an emblem of cool characterized by a hidden sensibility, PenaVega simply lacked the aura of effortless, sexy composure that originally drew us to Kenickie.

Although we’re big fans of Palmer (have you seen her on Scream Queens?), she didn’t cut it as Marty, a highly sexualized, big-breasted high school student that’s supposed to look anything but. Palmer over-acted her part, at times almost rendering her character laughable.

No Plastic Wrap in the “Greased Lightning” Scene

One of the movie’s key songs, “Greased Lightning,” was anchored by John Travolta’s rubbing of plastic wrap on himself and the T-Birds’ new car. No plastic wrap in sight last night…

To be fair, a real driving scene is almost impossible when shooting live. But…why did Sandy ask Rizzo for help at the end of the scene instead of Frenchy?

There Was No Cigarette in the Final Scene

Arguably one of the most renowned scenes of the original movie is the final one, in which a dolled-up Sandy surprises Danny at the carnival and recites the famous line: “Tell me about it, stud,” right before throwing down her cigarette. The smoking was missing in last night’s live production.

In what seems to echo the entire country’s recent disposition for all things politically correct, we’d like to take issue with this change in script not because we’d like to think that showing a girl with a cigarette in hand shouldn’t necessarily coincide with an incitement of bad behavior (if that were the case, 16 and Pregnant and a slew of other shows should be banned from all networks). Is our faith in the American public’s judgement misplaced?