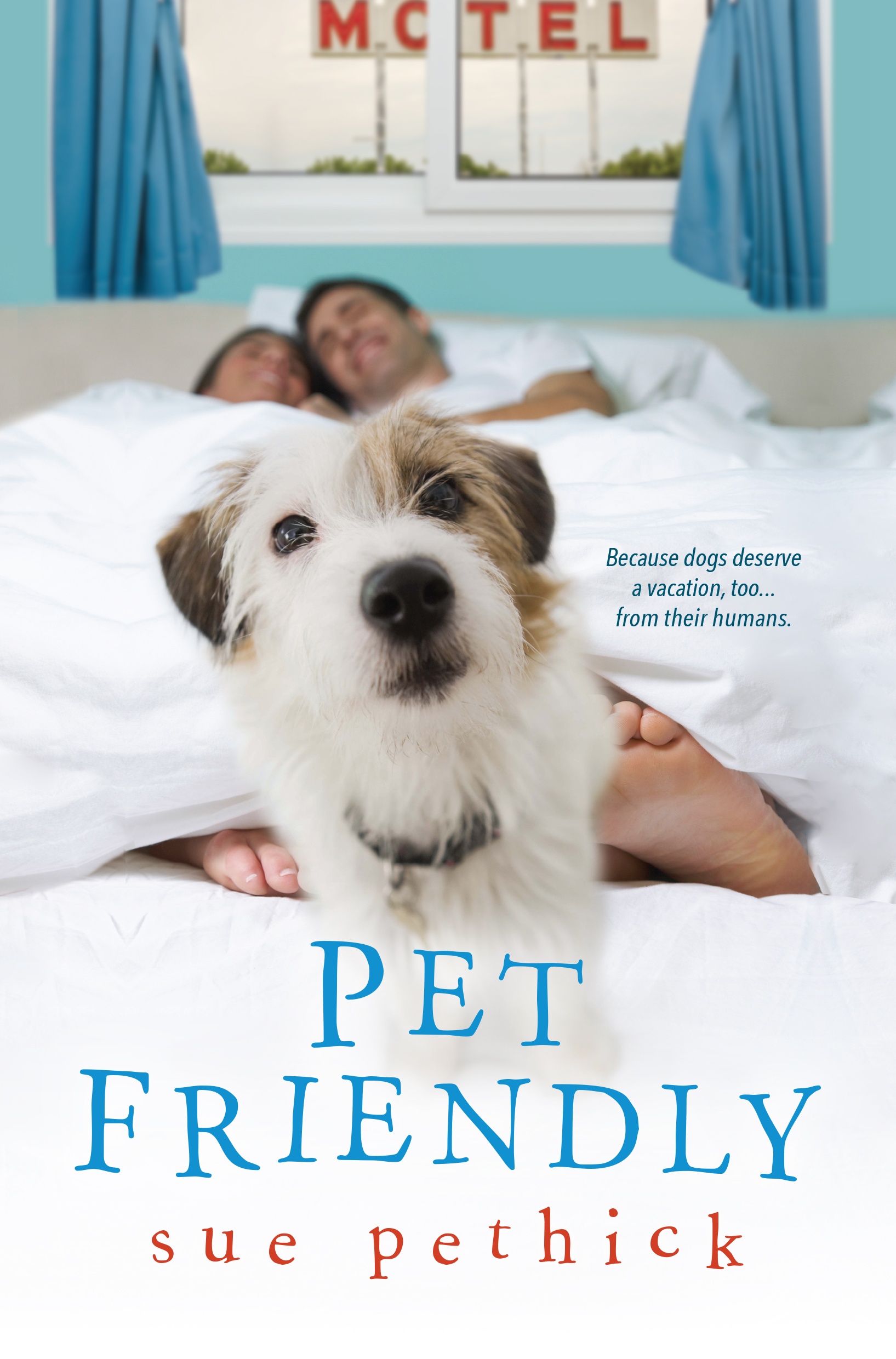 In the end, your dog always tells you he’s happy.

And that’s exactly where the communication comes from: the end. His tail goes wild when you come home, when you’re going for a walk, giving treats, sharing a heart-to-heart, or cooing praise. And in the new book Pet Friendly by Sue Pethick, that “best friends” stuff goes both ways.

Meeting your future roommate at a funeral isn’t exactly ideal, but Todd Dwyer didn’t have much choice: his late Uncle Bertie’s dog, Archie, was attending the services, then Archie was supposed to go directly home with Todd afterward.

Todd had always wanted a dog–even one nicknamed “Houdini”–and Archie seemed like such a good pup. Claire, Todd’s sister, had offered to take the dog but she had a young family and besides, Todd was sure his fiancée, Gwen, would be as excited about the new addition to their family as he was.

But as it turned out, Archie’s nickname was unfortunately appropriate: he escaped from Todd’s house on the first night, after he ate Todd and Gwen’s dinner and after Gwen had a hissy-fit about a mutt she hated on sight. And then, after she insisted that Archie had to go, the dog escaped from Todd’s truck on the road to Claire’s house…

Emma Carlisle absolutely could not figure out how Spirit Inn was losing money.

Her grandmother, from whom Emma had inherited the old hotel, had no problem making a living. She taught Emma everything about running an inn and half the staff had agreed to stay on when Grandma died, but the place was still leaking cash. Emma couldn’t get a loan to keep it running; she had too many good childhood memories to let it go. She’d had her first kiss on the grounds there, from an old crush named Todd.

When a bedraggled dog showed up at Emma’s cabin, followed by a familiar face from the past, Emma mistakenly figured Todd was homeless. Todd, who’d recently sold a successful business, couldn’t believe Spirit Inn was up and running after all those years and that Emma was still there, but he slowly came to understand that there was trouble: rumors claimed that the old hotel was haunted. Could a ghost be stealing money from Emma’s business?

There’s nothing earth-shattering or even very mysterious in this book: in a plotline that seems almost Saturday-morning-cartoonish, we know who’s romancing whom and who’s “haunting” the Inn because it’s all quite transparent. We see exactly what’s going to happen long before it does.

And yet–that makes author Sue Pethick’s tale one of those easy-to-read, don’t-have-to-think-much novels that you reach for when you don’t want something too involved. Pet Friendly is the perfect airport book and if that’s what your winter’s day requires, then look for it. It’s the kind of thing you’ll want in the end.