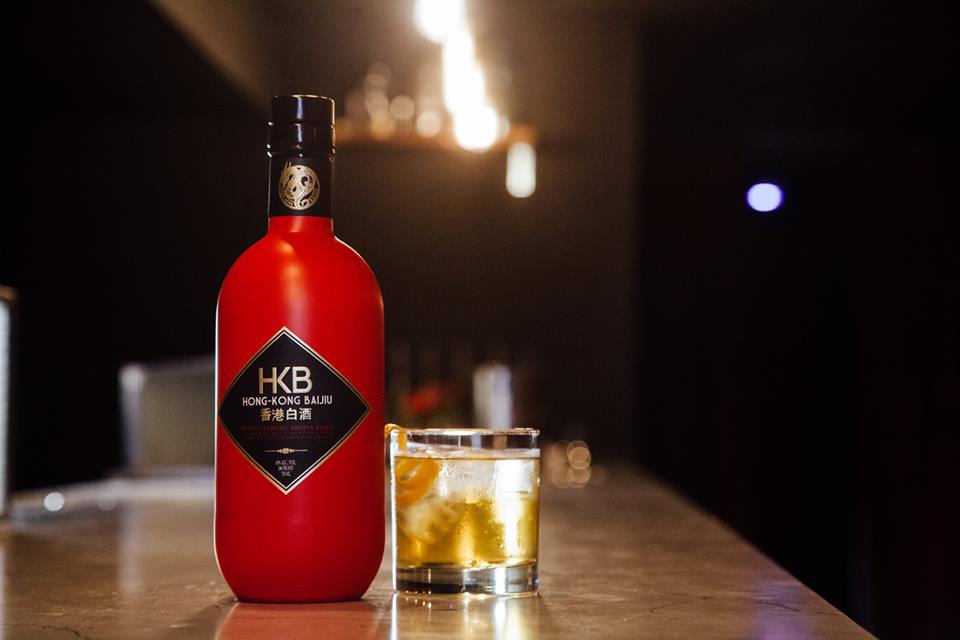 Raise a glass to Chinese New Year with this traditional spirit. image: facebook.com/hkbspirit

Baijiu is the best-selling liquor in the world that you’ve probably never heard of. Made painstakingly from fermented sorghum and other gains it’s an ancient Chinese liquor, traditionally had as a shot at dinner. It’s rare in the States, but Charles Lanthier of Hong Kong Baijiu (HKB) is trying to change that. The Frenchmen fell in love with the history and culture of baijiu while living in China but wanted to disrupt the way it was traditionally consumed. For the past three years he has worked to create and now introduce Western drinkers to baiju. Lanthier spoke with me about how he got introduced to the spirit, what makes HKB different and of course where you can try it.

Long Island Pulse: How were you introduced to baijiu?
Charles Lanthier: I lived in China for many years working in international management and any time I had dinner with clients or colleagues I was drinking baijiu to close a deal. I was introduced to it as any foreigner was—straight as a shot during dinner—it wasn’t suitable to me, so my idea was to disrupt that way of consumption.

Pulse: Tell us about your baijiu brand, HKB?
Lanthier: It’s one of the first baijius intended for the mixologist world. The distillery is in the Sichuan province, one of the oldest in the world. I like to say it’s my little secret. The production is the same. It’s grain based, buried in the ground for 80 days but it’s aged less than the traditional baijiu, only up two years before blending. It’s a new taste for most customers and such a discovery.

Pulse: What makes it geared for the mixologist?
Lanthier: In terms of taste my aim was to find a blend, all baijius are blends, that was suitable for mixing. It has an 86 proof instead of the traditional 100 and is softer from the tasting point of view. At $50 retail per bottle it’s more affordable for mixing than the average $80 retail of other baijius.

Pulse: Do you have any favorite cocktails made with baijiu?
Lanthier: It’s so hard to choose. We wanted the mixologists to be creative and trust in their skills. None came up with the same recipe. It shows the versatility of baijiu. Some are twists on traditional such as a negroni, others are fruiter, such as the Wong Chiu Punch.

Pulse: Where can we get it?
Lanthier: We are in about 60 places, mostly restaurants, bars and hotels but also liquor stores. Our website has the full list.