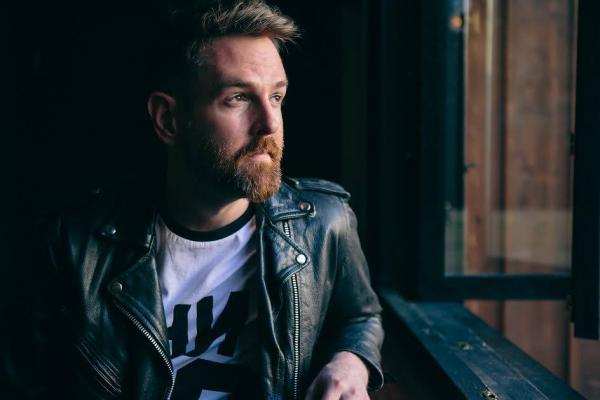 Braving a New York snow storm to discuss his passion for the craft, his thoughts on the current state of the industry and his upcoming North American and European tours, Wakey Wakey founder and frontman Michael Grubbs is no stranger to the New York music scene. Following his big break as Grubbs on One Tree Hill, where his music was also featured, the artist looks to constantly surprise fans by working on contrasting projects that highlight different parts of his personality and talents.

Sipping on a cappuccino while people watching in Brooklyn, Grubbs opened up about his upcoming show at The Cutting Room (alongside former American Idol winner Lee DeWyze) and much more:

Long Island Pulse: Let’s start with the name Wakey Wakey. How did that come about?
Michael Grubbs: It’s an obligatory question, I understand why. My plan was to do an art show and kind of curate it with the name Wakey Wakey, in a call to action sense: Wake up, wake up! The idea of it was that I had ten titles and I would give them to my favorite lyricists, my favorite visual artists, my favorite composers. Then I would kind of curate it all in ten songs with art. I booked a date at Rockwood Music Hall and […] I always procrastinate so I basically ended up writing a whole new set of songs myself, all alone, two days before the show. That was kind of the fury of songwriting that “War Sweater” and “Brooklyn” and a bunch of the early songs came from. At this point, it would have been ridiculous to change the name. The first songs were intended to be political songs that were disguised as love songs. I really wanted to be able to write political songs but I wasn’t able to. I basically wrote an album of breakup songs to the government and the name Wakey Wakey was kind of the key to find out what it was all about: Wake up and realize there is something a little bit bigger than just a love song!

Pulse: That’s an interesting concept, especially now, when music seems to have lost that deeper meaning. Speaking of political statements: How do you feel about the current Presidential race and the country’s political climate?
Grubbs: I’d rather not speak to my specific opinion as to which side is right and which side is wrong. My experience is that I live in a community of artists. The way we experience life is: wealth has a lot of power. Places are closing down all the time, the income gap keeps getting bigger and bigger and there’s not much room in that for artists anymore, which is a tough place. I think that society needs to ask itself: How much does it value art? How much does it value music?

Pulse: Do you find that the Internet has changed the industry and the way you do your job as an artist?
Grubbs: The thing about the Internet is that it gives all of this exposure. It really is a totally socialist thing: everything is totally even so everybody has the same chance, to a certain extent. But the problem is that there is so much noise in that environment that it’s really hard to rise above. I think that, like any situation, it’s a whole new set of challenges but also a whole new set of opportunities, which I really appreciate.

Pulse: You’re playing The Cutting Room on Friday night alongside Lee DeWyze, who is a former American Idol winner. What do you think about televised music competitions?
Grubbs: I think that, just like the Internet, there are positives and negatives. I think that it’s a really great form of entertainment obviously, people really enjoy it. It definitely presents one specific sliver of what an artist is. I doubt that Thom Yorke would ever have become Radiohead if American Idol was the only outlet. But [the show] has given us some great artists and it makes people think about music on a weekly basis. 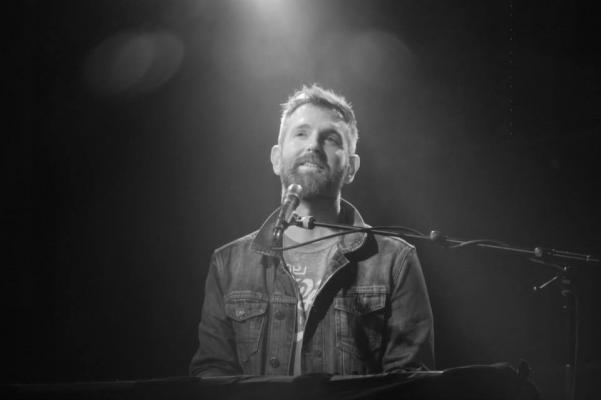 Pulse: Going back to your beginnings: You went to theater school and started out acting in some plays but then moved away from that to pursue music full-time. Do you ever see yourself going back to Broadway?
Grubbs: The art form that is Broadway is not something that typically agrees with me. I know there are amazing plays out there, there are amazing musicals. I’m not discrediting the art form, I’m just saying that, for my palate, it’s not something that really matches me right now.

Pulse: Your big break was One Tree Hill. Your music was featured on the show and you landed a role as Grubbs, a bartender. How did that come about?
Grubbs: In-between leaving theater and being a musician, there were 10 years during which I worked as a musician and played open mics and basically found my voice, or tried to find my voice. During that process, I tried to immerse myself in different scenes in New York. One of the scenes that I was in was this open mic that happened in a place called Bar 4 in Park Slope, Brooklyn. This one Tuesday, there was a girl at the bar that I thought was really cute. I wasn’t brave enough to talk to her and so I went over to my friend who was running the open mic and I said, Put me in to play next so that I can talk to this girl.

Right when I turned to talk to her, she had a huge ring on that I didn’t notice. She was like: “I’m engaged but I really like you as an artist, I’d love to introduce you to my friend Mark Schwahn [creator of One Tree Hill] and bring him out to see you play.” Two weeks later she brought Mark to the open mic […] and he liked the songs I played and he wanted to use some on the show and we went on to become friends after that.

Pulse: And you got a part on the show!
Grubbs: So, whenever [Mark] came to New York, he would come visit me when I was bartending. He would bring the cast [of One Tree Hill] with him a lot of times. Anyway, Mark basically wrote that reality in the show as my character, myself, the bartender Grubbs, which is my last name.

Pulse: Would you ever join a TV show again?
Grubbs: If it benefited the music, yeah, absolutely. Everything is kind of about the music though right now, so I wouldn’t want to do something that got in the way of that or distracted from it too much.

Pulse:Who are your musical influences?
Grubbs: I grew up in a classical environment. My family was all super religious and they were all musicians. I wasn’t exposed to a lot of pop music or rock. I remember there was a station, 104.3, in Richmond, that played a show called Get the Led Out and they would play all Led Zeppelin songs for an hour. I remember being in my room with headphones on so my parents didn’t know I was listening to Led Zeppelin, it was crazy. It was like finding a forbidden fruit. A lot of my influences come from that early classical music that I listened to but, because of the forbidden fruit thing, I love pop music. I think it’s amazing. I love Katy Perry and Sia.

Pulse: How did your family react to you becoming that so-called forbidden fruit?
Grubbs: They were really proud of me. My mom is my biggest supporter. She taught me how to play piano when I was a kid. My earliest memory is of this burgundy baby grand piano in our music room (most families have a play room and we had a music room). My toy was the piano. I remember rolling around underneath the piano and looking up at the bottom of it and listening to the sounds come out of it and thinking about the weird sonics of it and everything. Yeah, music was always there, so I think they’re just proud to see me continuing to do that.

Wakey Wakey performs at The Cutting Room on Friday, February 12, 2016 at 7 p.m. For tickets, click here.