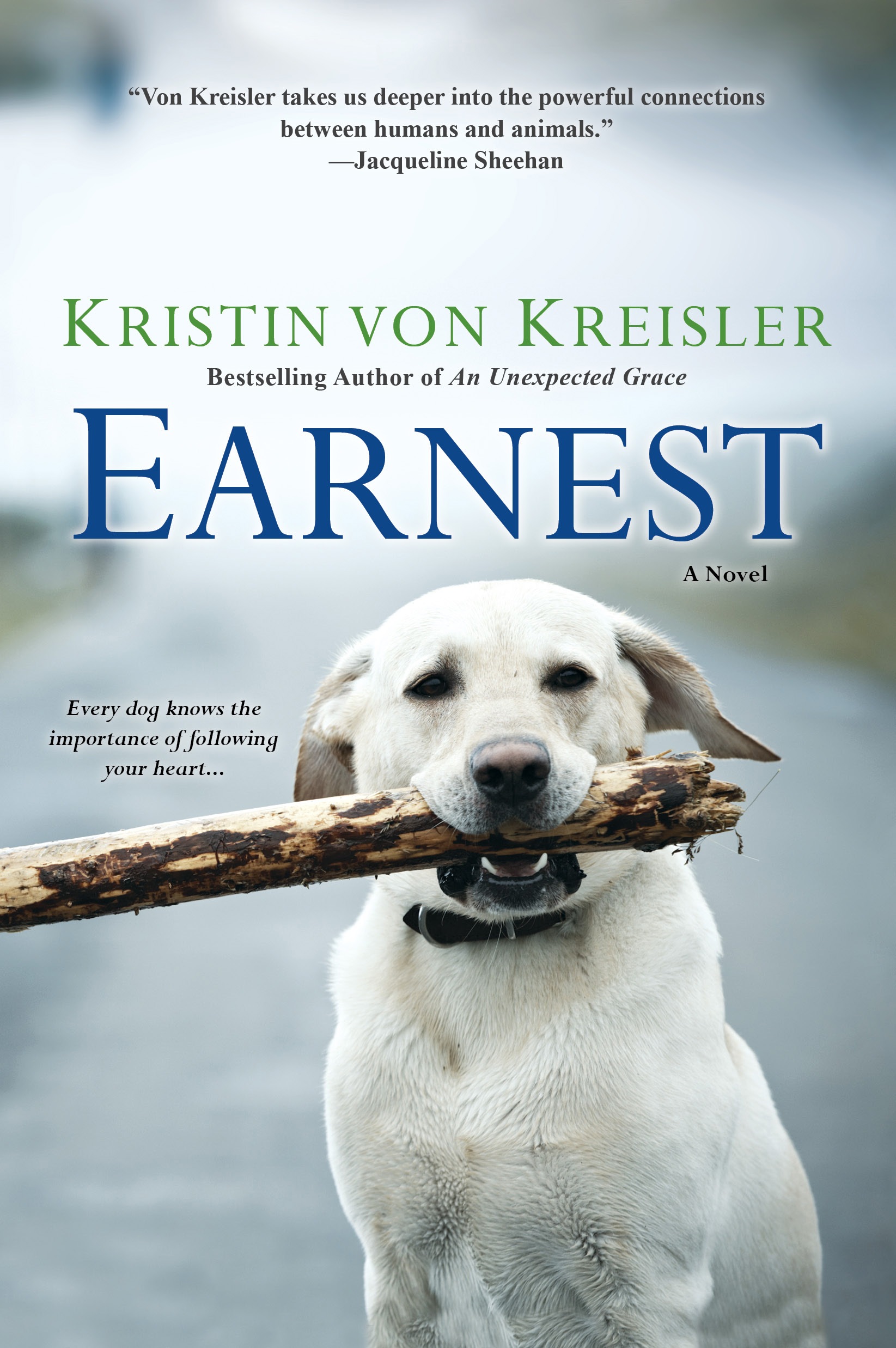 The day you met your dog it was love at first sight.

Those big brown eyes, that silky-sheened fur, butt-wiggles, even puppy breath was hard to resist. You couldn’t decide who picked whom, and it didn’t matter: on the day you met your dog it was forever. But, as in the new book Earnest by Kristin von Kreisler, could the same be said for your human?

The minute Anna stepped into Second Chance Shelter she knew that she and her boyfriend, Jeff, weren’t going home alone. Jeff only wanted to “look” at the dogs–he said you got a better idea of their personalities that way–but when they met Earnest, well, that was that. He was a gorgeous three-year-old yellow Lab and on that day they became a family of three.

That made Anna enormously happy. Earnest was a sweetheart and she loved taking him to work at her Seattle-area floral shop, which was located in an old Victorian mansion that Anna’s grandmother once owned. Anna’s shop, Plant Parenthood, was humming; Anna’s friends (business co-renters of the house) were busy; and Jeff was becoming a success at his architectural firm. Life was good.

Jeff didn’t know how he was going to tell Anna about his work project.

He hadn’t asked for it; Cedar Place was handed to him, and its completion would totally set his career. When it was done, it would be a jewel in the neighborhood, a place for community and retail, museums and families, something Jeff could be proud of. He’d thought through every single facet of it.

Except for one thing: the project involved the demolition of the Victorian mansion that Anna loved. Though he had a solution to it all, she would be heartbroken.

But she was more than just that. When Anna learned that Jeff was involved in the Cedar Place project, she was livid. How could he? Didn’t he think she’d be hurt?

Jeff moved out of their condo. Anna filed for custody of Earnest.

Jeff countered with a mediator. Anna started fighting for her beloved house.

There was no way they could ever continue their relationship. But Earnest– and life–had other ideas…

There are two basic things you should know about Earnest. It’s good, and it’s too long.

On the first point, who can resist a book about a dog? I know I can’t, especially when the dog is personable but not cutesy, so I was glad that author Kristin von Kreisler is careful not to go overboard with her Earnest. He’s a charmer, but not a saccharine one.

The “overboard” comes with the human characters’ back-and-forth. Anna and Jeff’s fight goes on and on and on and, well, you know. I desperately wanted them to stop already. Their heel digging comprises the majority of this book, and it’s too much.

Keep that in mind, and if you’re willing to endure it for the sake of an otherwise good boy-meets-girl-meets-dog romance, you’ll be fine. In that case, I think Earnest will nicely meet your needs.