Prior to hitting the road to promote his new work, the musician sat down with us in New York City to talk about his big break, his successful television songwriting projects (listen to his music on Nashville and The Walking Dead, amongst others) and what emerging artists should be aware of. 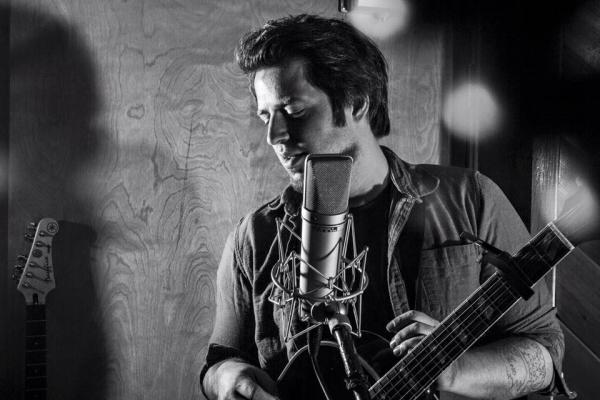 Long Island Pulse: Congratulations on your new album! Tell us about the name Oil & Water. How did it come about?
Lee DeWyze: It’s funny, I’ve been answering that a lot lately. The first reaction people have is: they don’t mix, right? With the career I’ve had and the things I’ve experienced over the past six years, I’m a homebody. I’m an old soul. It really comes down to a balance. I think everybody has the things that they struggle with one way or the other and the things that you have to deal with and the things that contradict themselves. On this album, I really went super introspective. I recorded this myself, I did this album myself. Me and my guitar. It really gave me the opportunity to do that soul searching kind of thing. Oil and water to me are visually beautiful but, realistically, there’s always this struggle to find out how it works and that’s really what it’s about.

Pulse: Your big break was winning Season 9 of American Idol. To be honest, I was pleasantly surprised when you won. Pleasantly, because I was a big fan of yours. Surprised, because you didn’t necessarily resemble past winners, musically speaking.
DeWyze: Well, my season was very singer-songwriter, artist-y. It’s so funny, when I was on the show, I never said this before but it’s true, I was encouraged many times to put the guitar down. At the time, the singer-songwriter was making a comeback and I’ve always been that guy. I’m a singer-songwriter that won American Idol. Not an American Idol winner that became a singer-songwriter. So, for me, to have someone say: “Put your guitar down!” was weird. I was like, what do you mean? This is what I do!

Pulse: It’s funny because now…
DeWyze: …They encourage it! Listen, I’ll always appreciate and love and be grateful for American Idol and the experience and what it has been able to do for me it’s amazing. But, at the end of the day, I did American Idol because I love music. When I have a guitar and I can write, I have to. I love it. To be on a show like that was just such a different thing for me. But I loved the experience. It was hard for me at times, questioning: Am I singing right? Am I singing well? That’s a weird thing I never asked myself before, I just did it. It made me really look deep down. I’m not a person that generally second guesses himself but this is what I signed up for and who am I to say this isn’t right? I chose to do it. Why did I choose to do it? Because this industry is tough and it’s hard to break through. What I wanted to do is to go on a show like that and just let people know that I’m here, I exist.

Pulse: You also wrote songs for shows like Nashville and The Walking Dead. How did that come about?
DeWyze: A lot of the songs that ended up in Nashville, Heart of Dixie, Reign, they were all awesome, I loved working with all of those people. But, the work I did for The Walking Dead specifically was a song that I wrote for the show. I was watching the show and I wrote it. I  said to myself: If I was in that situation, what kind of music would I write? I’d have my guitar, right? Everybody else would be killing zombies and I’d be writing a song.

So, I wrote the song and I told my manager Brett Radin that I wrote it and he said:“Cool.” We kind of stopped talking about it, then we had a rehearsal and I started playing it and my violin player was there and we just started riffing it and my manager was on the phone and he’s like: “What is that? We need to record that.” We went in and recorded it in a couple of hours and, the next thing you know, it was very organic. One in a million times it happens this way but we sent it to AMC. Now, I’m a songwriter and I’m a real artist out there doing my thing so they gave it respect and said: “Let’s listen to this.” And they did and they were just so awesome about it.

What something like that does for an artist like me is add a level of respect and legitimacy in the industry that lets people know that you’re really a songwriter. On the fun side of it, I really love it. I feed off of that. When I hear so-and-so is looking for a song, I’m the first one to take a crack at it.

Pulse: Tell us about your songwriting process.
DeWyze: It’s very in the moment. I’ll sit down and not have an idea for a song and then I’ll have an idea, I’ll write a lyric and all of a sudden, boom!, there goes the guitar, there go the lyrics, there goes the mic. It’s on, I’m recording, I’m doing that whole thing and that’s very much how I am as a person also.

Pulse: From experience, a theme might come to you and force itself into your writing or you might be sitting in front of a blank screen for hours.
DeWyze: I go into the studio so many fucking times thinking, “I’m going to write the best song ever.” Fifteen minutes later, I’m like, “I’m going home and I’m going to watch a movie.” How I’m feeling in the moment is very reflective of what kind of song I’m going to write. If I’m feeling bummed about something, I’ll write about it. Sometimes it never gets heard and it’s just for me, you know? But not every song has got to be this deep, fucking thing. Sometimes, a song is fun to sing or fun to play. Music does that, it makes you happy.

Pulse: What advice would you give to artists trying to break into the industry?
DeWyze: Quit! No, I’m just kidding. In terms of American Idol, it’s very hard to prepare for something like that because it’s so different from anything else that you’ll ever experience in life. If anything, I would say that it’s okay to be vocal about what you want.

Pulse: It seems like the show was just as hard as it looks to be from the outside.
DeWyze: It’s mentally hard. Some people might be thinking that it’s the easy way. It’s the hardest thing mentally that I have ever had to do in my life. To be able to say I did it and I’m just proud of it, I don’t apologize for it in any way because it was an amazing time in my life.