Ah, Long Island, known to outsiders for its beaches, connection to The Great Gatsby, glitzy Hamptons summer parties, Billy Joel and, of course, traffic. The LIE during rush hour, Sunrise Highway on a Friday night in July, 347 all day, every day. Just getting to your destination can be half the battle.

“When we get really stressed and angry on the road we tend to drive more aggressively and take risks we wouldn’t normally take,” said Anne O’Dwyer, professor of psychology and academic dean at Bard College at Simon’s Rock. “We tail people, change lanes rapidly and get distracted by other drivers, which are all things that take our attention from the road.”

The traffic isn’t going to change anytime soon, but your commute doesn’t have to be an ordeal if you don’t make it one. O’Dwyer offered eight tips to help you ride easy.

Sorry, Type As and wishful thinkers, but you can’t control the traffic. “One of the biggest problems when we get angry is that our expectation is that with luck, we can make it in 45 minutes. In all honesty, luck isn’t something that happens in rush hour traffic,” O’Dwyer said. “Driving is not an individual act, it’s a highly interdependent act.” What you can control is how much extra time you give yourself. There’s no hard-and-fast rule as to how much; it depends on the roads you take, the time you’re leaving and how far from work you live. You’ll learn through trial and error, and then it’s up to you to be realistic and hold yourself accountable. If and when you get there with time to spare, use that time to take a breath. “You can always use that downtime before the meeting to get some work done, do some pleasure reading. There’s all these ways that getting there early is worth it.”

Take the Pressure Off

Your kid missed the bus, you couldn’t find your keys, the sink was clogged…sometimes, life just gets in the way and you get a late start. Instead of flipping, ‘fess up to anyone it’s going to impact ASAP. “Before you leave the house or office, call and say, ‘I’m going to be late,’” O’Dwyer suggested. “Then everyone knows there’s nothing you can do. Then the whole drive isn’t about how you aren’t going to make it on time.” The meeting will start without you and life will go on.

Use the Buddy System

Carpooling isn’t just good for the environment; it can help alleviate stress during a long commute. “The other person can take their mind off of what’s angering them,” O’Dwyer said. They can also help you spot risky situations, like someone cutting in front of you. Bonus: there’s one less car on the road. 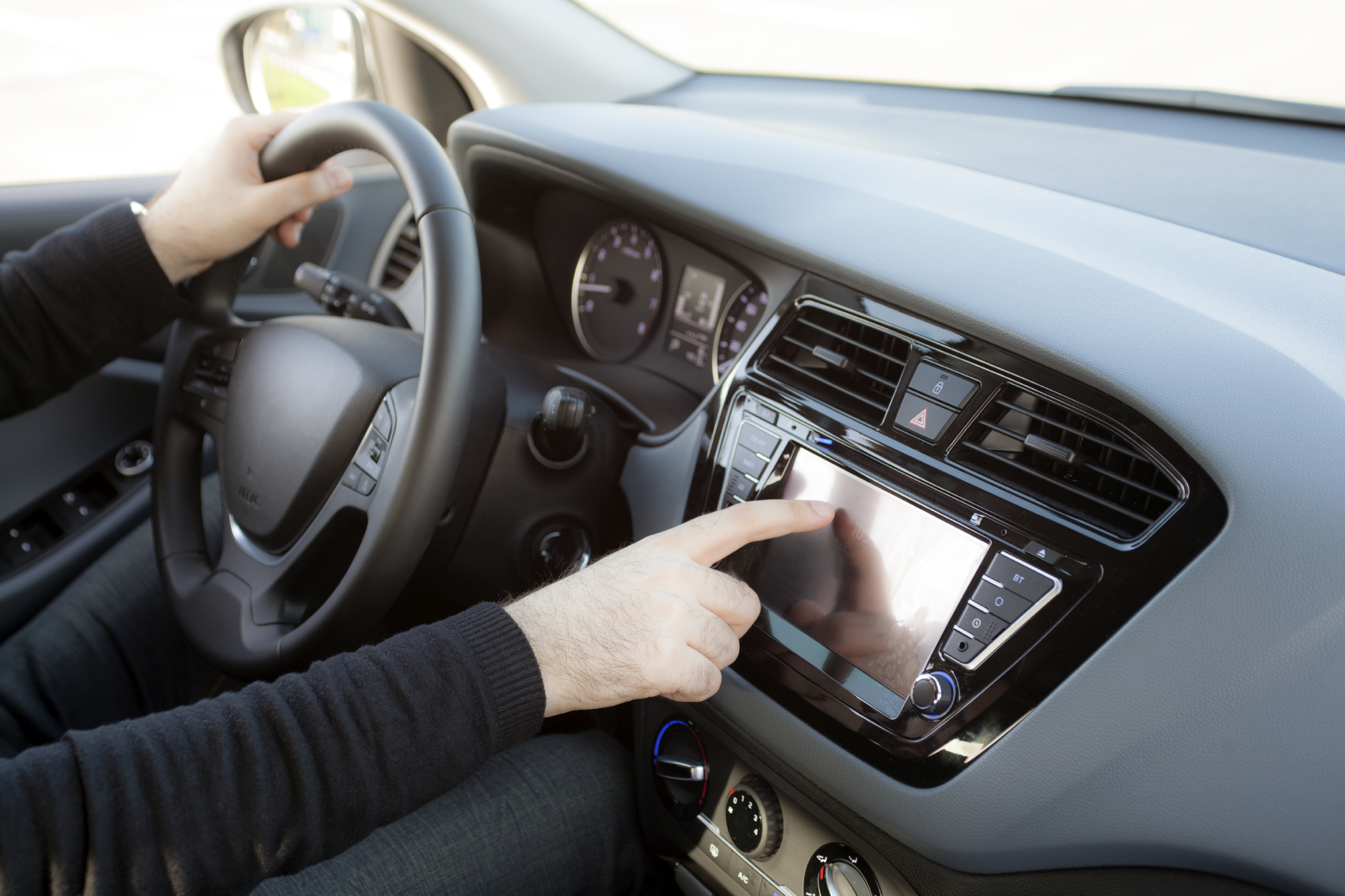 Some good tunes, whether they’re upbeat or chill, can put you in a more blissful state of mind even as you sit through endless construction traffic (when is that going to end, anyway?). O’Dwyer loves 80s pop songs. She also enjoys listening to the news, but it’s not for everybody. “For me, the news works because I think it’s really interesting, but if it only adds to your anger and frustration, don’t.” Audiobooks and podcasts are other good options.

Be Wary of Apps…

GPS apps like Google Maps and Waze can be great for helping you get from point A to point B without getting lost, but O’Dwyer warns it can be risky to use them for getting there ASAP.  “[An app] sort of further perpetuates that you need to get there the fastest way you can,” she said. “The problem is you take this back road and think it’s going to go really fast but then everybody takes that back road and it doesn’t go really fast and you’re back in the same situation.” Instead, she uses Google Maps before she leaves the house to get a sense of the traffic. “As I’m leaving, I see what looks to be some of the slow areas so I can be prepared for it.”

When you’re going two miles per hour and the lane next to you appears to be going five miles per hour, it’s tempting to try to switch lanes. Unless there’s an accident or disabled vehicle and you really need to change lanes, just stay put. “If you’re in the slow lane, you change into the fast lane then often the lane you’re in becomes the slow lane and you’re frustrated,” O’Dwyer said. “Going a little bit faster doesn’t get you to your destination much faster. You’re probably not even gaining a minute most of the time. Why risk your life or someone else’s for a minute?”

Lay Off the Horn 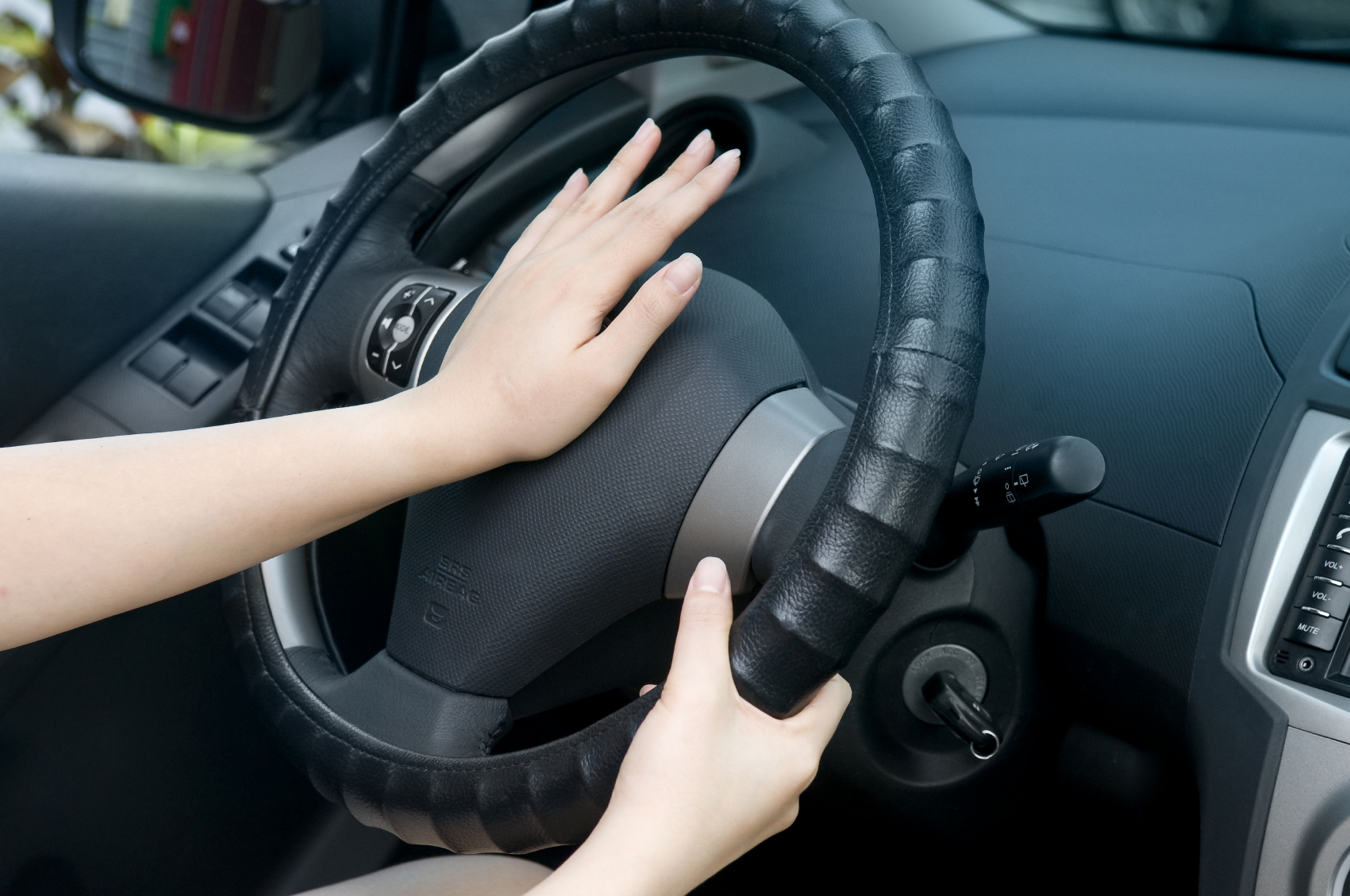 The horn is there for safety, not airing your frustrations. image: beemore

If you want to make your commute less stressful, remember why the horn is there: “The horn is intended for safety, not frustration,” O’Dwyer said. “You should honk to let someone know you’re there if you think they don’t see you but to honk at someone because they’re in a lane you’d like to be going faster is not why we use the horn.” If you’re having trouble with this one, O’Dwyer recommends pretending it’s “someone you wouldn’t want to hurt or you wouldn’t want other people to hurt,” like a grandmother or nephew who just learned how to drive. To someone else, that’s exactly who that person is.

When someone gives you a dirty look or the one-finger wave and rolls down the window, take the high road. “The trick is to not get angry back at them. That only escalates the situation,” O’Dwyer said. Just eat crow, apologize and let them in ahead of you if that’s what they want. “For someone to threaten your life because you happen to cut in front of them, that’s not justified. It comes from taking things too personally, and it’s just not worth the fight.” If you’re the type that takes things personally, too, try to see the humor in the situation (without laughing while the other driver’s eyes are on you) or at least show some empathy. “Try to say, ‘Wow, they must be having a much worse day than I am.’ Recognize this is just an awful situation, we’re all stuck in too much traffic.”