There’s a long history of American production companies remaking British TV shows for the US market—Sanford and Son and All in the Family owe a debt to their British originals. More recently, Yank remakes Shameless and The Office have arguably surpassed their UK templates. The remake machine has certainly worked the other way, but mainly with England swiping, and improving on, our game shows and reality series. However, occasionally television forces on both sides of the Atlantic team up and then both countries benefit from something unique and special. Episodes was just such a magical product and now lightning has been captured in a bottle again. 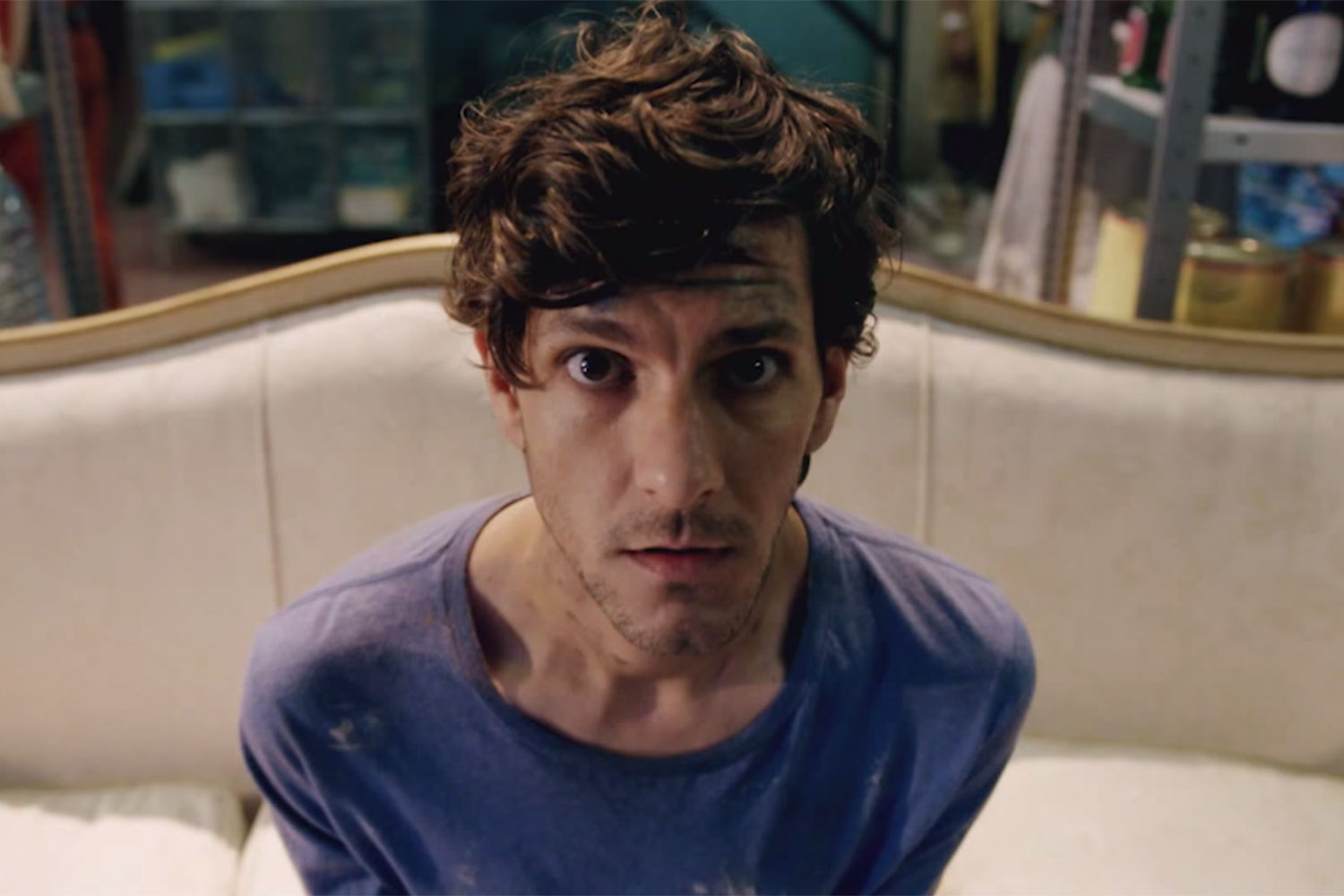 You, Me and the Apocalypse shares a small thematic thread with The Last Man on Earth, mainly that the end of the human race doesn’t necessarily need to be a dismal affair. But whereas the latter show plays up the post-apocalypse strictly for laughs, the former show gives us rich moments of poignancy and chooses the witty, slightly absurd path towards the end of all life as we know it. Right off the bat we are given hope that some will survive as we see a group of disparate people in an underground bunker watching the last seconds before a huge comet strikes the Earth. That is the framework with which each episode begins with the rest of the hour depicting what the ensemble cast does with the news that their world is over. The countdown starts at 34 days and each week we get closer and closer to those final seconds. 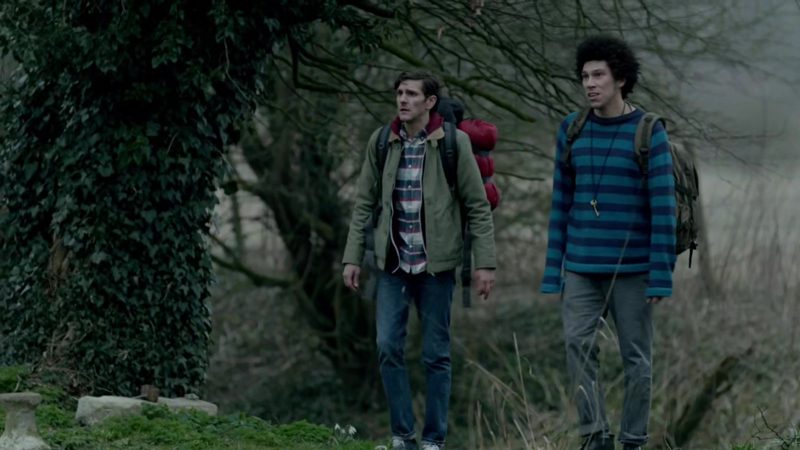 Mathew Baynton heads up the cast as the narrator and as bank manager Jamie Winton. Living in Slough, England, Jamie discovers that his wife, missing as of seven years ago, has been recently spotted with a twin brother, Ariel Conroy, he knew nothing about. Jamie sets off with his best friend and roommate, Dave Bosley (Joel Fry) to find his long-lost wife, Layla (Pauline Quirke) before the comet hits. In addition to having to deal with all of this, Jaime also learns that he is adopted, having been left as a baby on the doorstep of a church by his biological mom. He decides he wouldn’t mind finding her as well and making her answer for abandoning him. 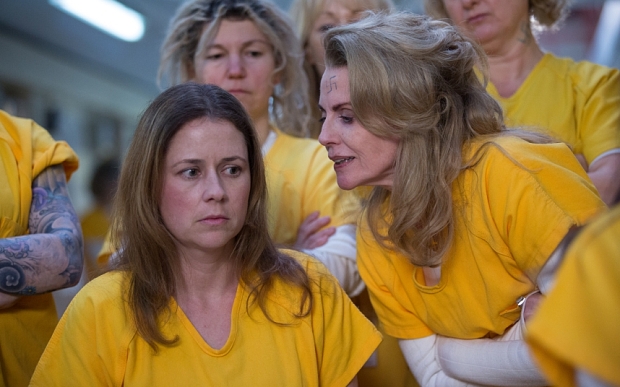 Jenna Fischer plays Rhonda MacNeil, a single mom sent to prison covering for her son, who cyber-hacked the NSA. In prison she is involuntarily befriended by white supremacist Leanne (played by an almost unrecognizable Megan Mullaly). Once the impending comet strike is announced, anarchy descends upon the prison and during the chaos the unlikely duo is broken out by Ariel (also played by Baynton) to ostensibly help him learn all of the NSA’s dirty little secrets. Meanwhile, Rhonda’s brother, Scotty (Kyle Soller) and his husband, General Arnold Gaines (an American-accented Paterson Joseph) are working with a team to figure out how to destroy the comet while secretly formulating a way to keep the continuity of life going post-apocalypse. 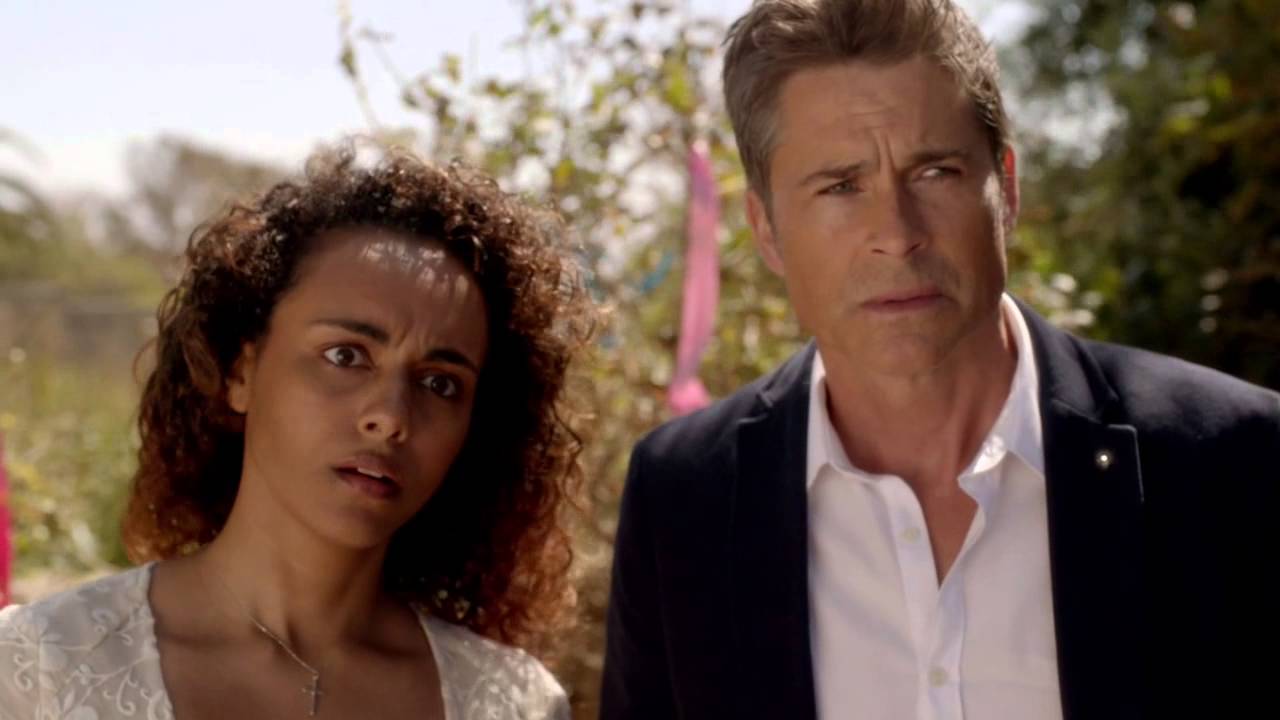 At The Vatican, Sister Celine (Gaia Scodellaro), a nun in search of a purpose, is hired by Father Jude (Rob Lowe) to assist him in finding both the Antichrist and Jesus reborn before the end of the world. Jude and Celine’s quest will not only take them around the world, but will also eventually cross paths with the other characters. Again, all this leads most of them to a fortified bunker in Slough, of all places. How that bunker got there and what brings these characters together is a fantastic, fun and, sometimes, tragic story that makes for mandatory viewing. 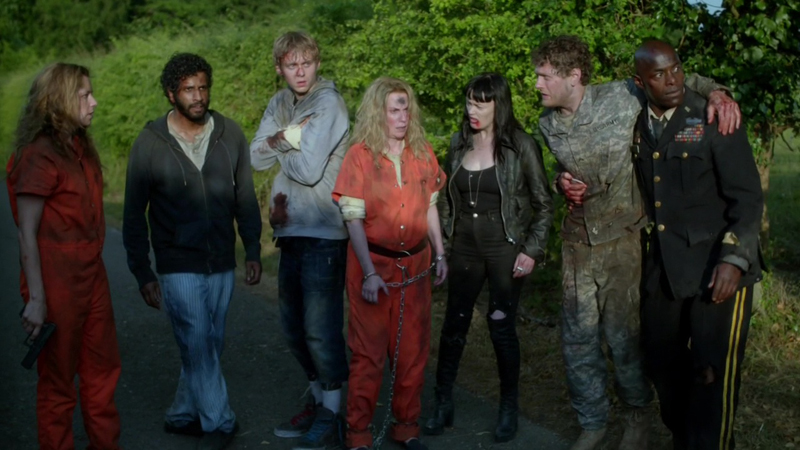 You, Me and the Apocalypse aired last fall in the UK and is now currently on NBC on Thursday nights. It’s a very clever show with twists and turns, as well as sublime humor and highly emotional moments. Check out this wonderful show and you will be rewarded with an outstanding viewing experience, plus a final second twist that will leave you gasping for more.