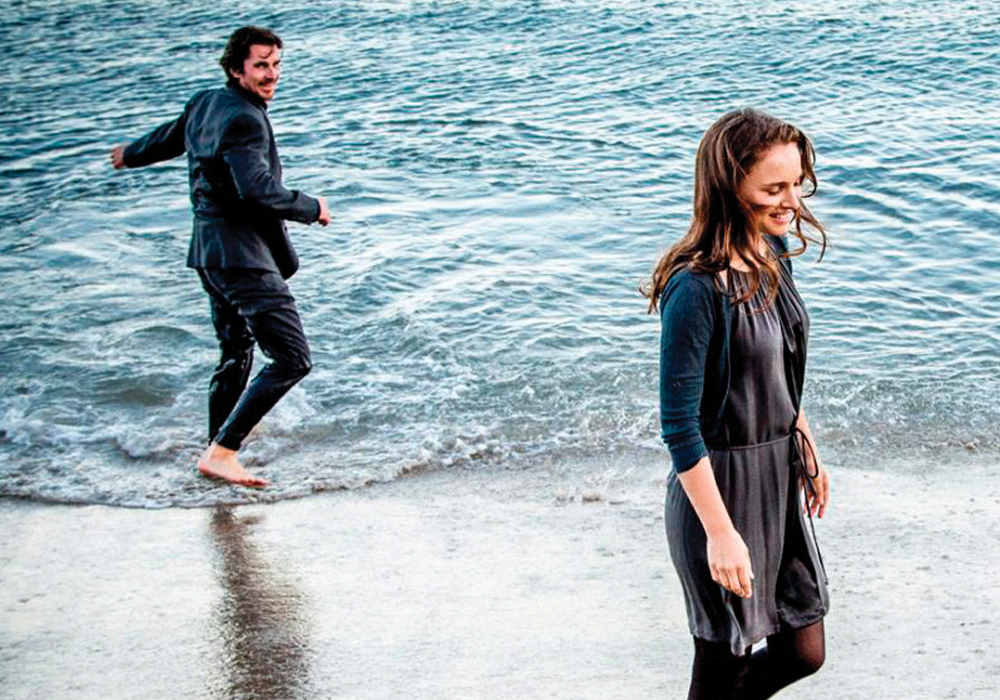 Early in Terrence Malick’s new film Knight of Cups, an omniscient narrator (Ben Kingsley) recounts “The Hymn of the Pearl,” an ancient tale from the Gnostic Gospels about a young prince who is sent on a quest to find a magical pearl. While traveling, the prince is given a strong drink that causes him to forget both who he is and the purpose of his journey. The legend encapsulates Malick’s vision of the human race: fallen angels who have lost touch with their true inner selves as they travel through the distracting chaos of modern society.

Malick’s latest fallen angel is Rick (Christian Bale), a successful Hollywood screenwriter who vainly pursues happiness through drugs, drinking, parties and women. Knight of Cups is structured in chapters, each named after a tarot card. Most of the chapters are built around one of the women in Rick’s life, including his ex-wife (Cate Blanchett), a fashion model (Freida Pinto) and a married woman (Natalie Portman) with whom he had an affair.

Any attempt to synopsize Knight of Cups will deceptively make it sound like a traditional narrative film. Similar to Malick’s previous two movies, The Tree of Life (2011) and To The Wonder (2012), Knight of Cups is a poetic, kaleidoscopic torrent of images, sounds, music and fragments of voiceover. Malick plunges us into Rick’s fractured universe, zooming in close to capture an intense personal moment, then pulling back to reveal an almost god-like cosmic perspective. We are whipped intuitively from the urban sprawl of Los Angeles to the isolation of the desert, and from lavish Hollywood mansions to skid row. Essential characters like Rick’s parents (Brian Dennehy and Cherry Jones) and brother (Wes Bentley) are intertwined with unidentified figures whose significance in Rick’s life can only be inferred.

The experimental nature of Malick’s recent movies grows organically out of a collaborative and open-ended production process. Unlike most film shoots, which run on a rigid schedule measured in weeks, Malick’s shoots can sometimes stretch on for years. Working closely with two-time Academy Award-winning cinematographer Emmanuel Lubezki (The Revenant, Birdman, Gravity), the director’s filming is essentially designed to gather powerful images and moments, which are then shaped in an even more open-ended editing process.

Some viewers will undoubtedly prefer earlier Malick works like Badlands (1973) and Days of Heaven (1978) where his poetic impulses and desire to explore big philosophical questions were more grounded in traditional narrative storytelling. However, those willing to make the leap into this visually stunning and dense-with-ideas movie will find themselves in a unique and rewarding cinematic experience.