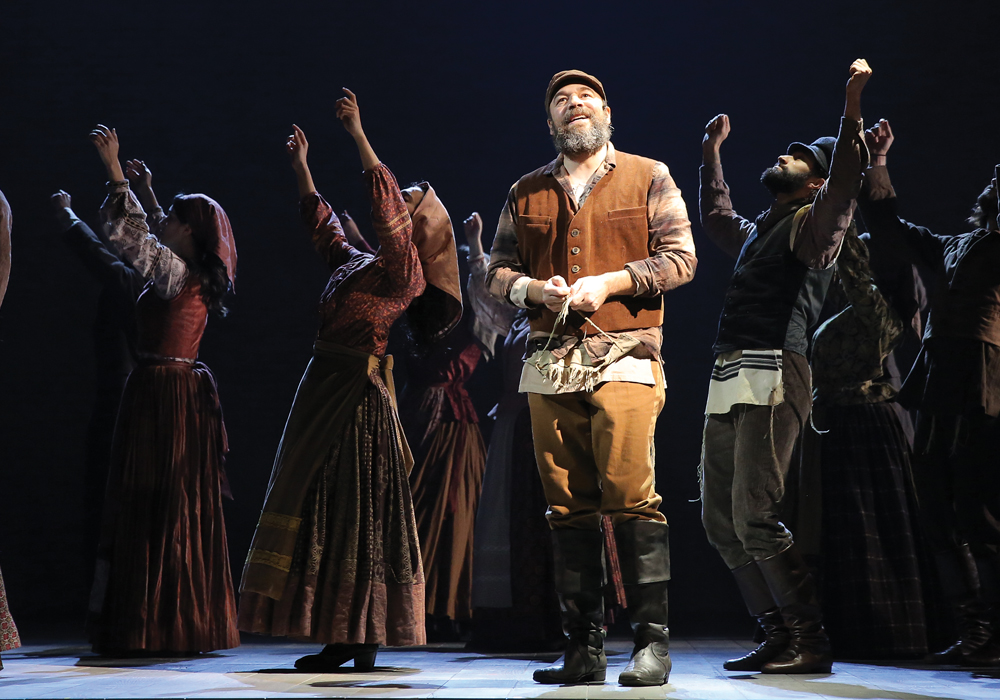 Danny Burstein might be the hardest working man on Broadway. As Tevye in the latest revival of Fiddler on the Roof, he raises five daughters in poverty while remaining optimistic and grounded in his traditions. Despite being on stage for much of the three-hour musical, the five-time Tony nominee (The Drowsy Chaperone, South Pacific, Follies, Cabaret and Golden Boy) emits enough sincerity and warmth to make his marathon performance seem effortless. Off stage, the father of two is married to Rebecca Luker, another gifted Broadway performer (Cinderella, Mary Poppins), and spends much of his free time taking on film and television roles that further exercise his depth and versatility as an artist. In the spirit of Fiddler on the Roof, the New York native reminisced with Pulse about the road leading from his old haunts on Long Island to his first headlining vehicle on Broadway.

Long Island Pulse: You have worked with director Bartlett Sher on several productions (South Pacific, Women on the Verge of a Nervous Breakdown, Golden Boy), what’s the secret to your simpatico?
Danny Burstein: I trust Bart. He’s funny, smart and endlessly imaginative. I think we work well together because we both have a tendency to cut past the bull and just focus on the work. I have been very lucky to have worked with some brilliant directors and Bart is among the very best.

Pulse: How have you managed to stay grounded while your career has grown?
Burstein: I’m still that kid from New York. My parents let me know that I was no better and no worse than anybody else and I had a fair shot at anything if I worked hard enough. I’ve been very lucky. It’s terribly nice when people are lauding you and throwing Tony nominations at you, but the most important thing is being happy.

Pulse: Thematically, how does Fiddler correlate to your life?
Burstein: Fiddler speaks to me on a very personal level. I have two sons that I am very proud of. Watching them grow, change and forge their own path is right in line with what Tevye is going through. We live and die with our children’s struggles because we care so much. As far as my career goes, it has been such a blessing. It’s one of the great roles in musical theater and I am so honored to be playing it.

To catch Danny in Fiddler on the Roof, or for more information about the show, visit fiddlermusical.com.