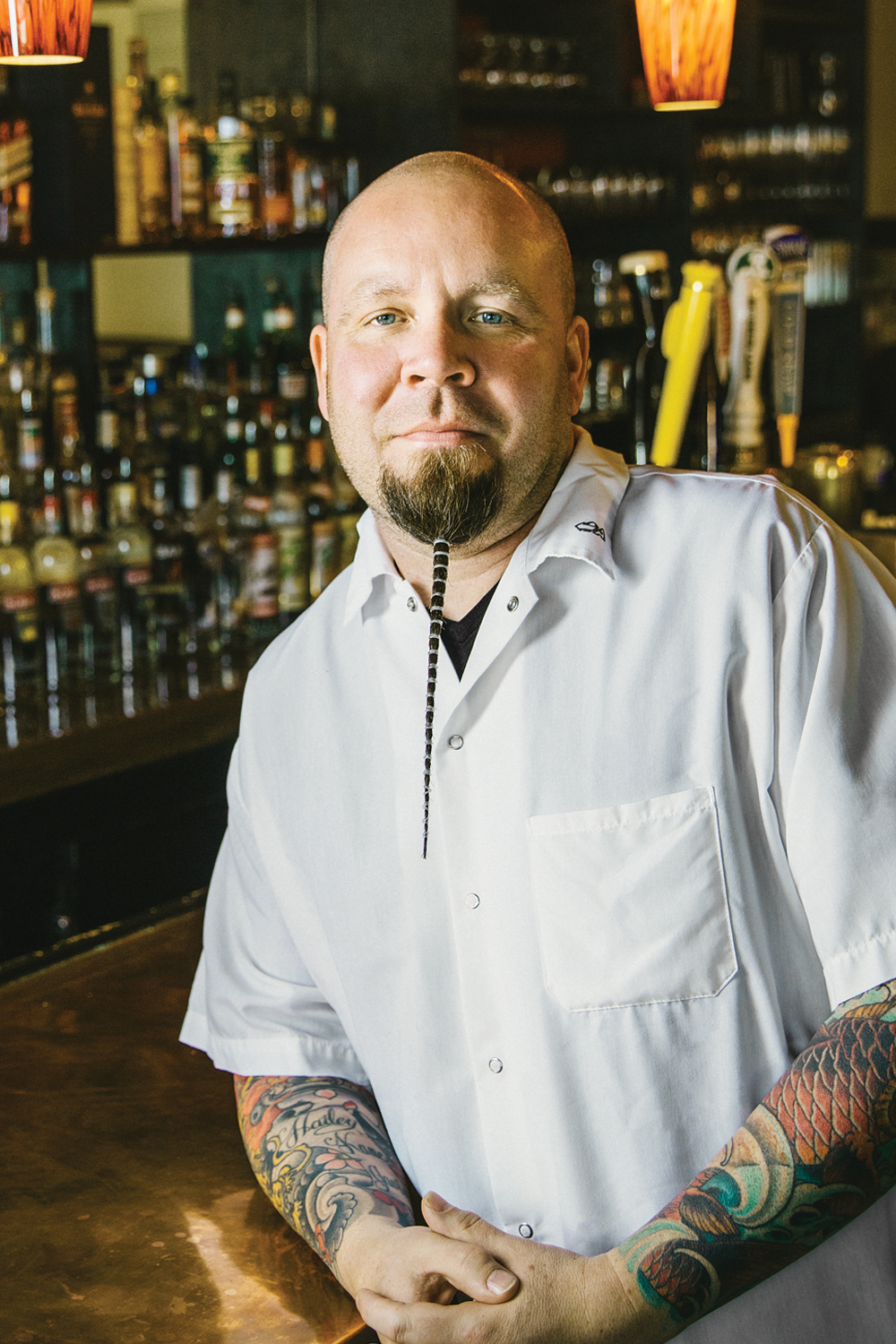 They say you shouldn’t judge a book by its cover. But for chef Scott Bradley, doing exactly that ended up determining his career. As a teenager at Nassau Community College, Bradley picked up a copy of Marco Pierre White’s game-changing cookbook White Heat. The cover image depicting Britain’s original badass chef—disheveled, insouciant and wielding a cleaver—struck Bradley as the absolute definition of cool. “That kind of rebel side to being in the kitchen, that definitely appealed to me…I just liked that image of a guy with his long hair smoking a cigarette, like a pirate.”

Bradley enrolled in the New York Institute of Technology’s culinary arts program and worked nights in any kitchen that would have him. He even took unpaid gigs at Restaurant Daniel and Park Avenue Café on his days off. Eventually, he was ready to take the leap and open his own restaurant when a tiny, unassuming storefront became available in Wantagh. “The place was a dump…I showed it to my parents and they thought I was nuts…[but] I thought, ‘if it works, it works.’” More than a decade later, his devil-may-care attitude has paid off and Snaps Bistro has doubled both in size and menu.

The original offering was a standard eight-appetizer, eight-entrée selection, but it didn’t take long for Bradley to recognize the importance of catering to the clientele. “People were asking, ‘What, you don’t have a burger? Come on, you gotta have a burger!’ I was being that snotty little chef. But then you slowly realize, that’s what people want to eat.” But if Bradley was going to make a burger, he was going to do it his way. Now the menu has grown to include 16 eclectic patties with buns topped with everything from pepper jack mac and cheese to caramelized onion truffle aioli.

And that culinary anarchy is being applied across the board. One of the chef’s favorites, the beef wellington, contains flavorful braised short rib instead of the traditional filet. Crab meat fills the unconventional empanadas, gnocchi is poached in butter instead of boiled and s’mores are toasted tableside. The varied fare features everything from sloppy joes to an eight-course tasting menu. “It’s funny, because if I were to open with this menu it’d probably be a disaster. It would just be overwhelming. But we slowly did it…It wasn’t a conscious decision, but I think it’s the perfect mix.”

Indeed, when pulling up to this contemporary tan and blue storefront on Wantagh Avenue, it’s hard to guess what wide-ranging fare is being dished up inside—cover be damned.