It was morning when I left Tokyo. The train sped through the valley and the world on the other side of the glass appeared incongruous to everything the country had presented thus far. Tokyo had been full of incomprehensible madness. If one describes a crowd as ambling New York’s Times Square, then Tokyo’s Shimbashi could be nothing less than a trampling crush.

But this stretch of country offered vistas of lush valleys, winding rivers and yawning red bridges that stretched into small towns. It was impossible to think that this land known as the Japanese Alps shared an island with Tokyo.

My destination was Takayama City, a so-called metropolis as sprawling as the nation’s capital, but with a population of only 90,000—the same number that might load onto a Tokyo train in one direction. Here, more than 90% of the region is covered in mountains and forest. In addition to the scenery, the area is known just as well for its revered carpenters who centuries earlier were dispatched to build the temples of Nara. Today, the region still bustles with famed woodworkers who craft fine furniture, cypress lacquer ware and chiseled masks known as Ichii Ittobori. Don’t miss browsing the streets of the city or the lanes of the morning markets to purchase these works of art.

Nature has influenced much of Hida Takayama’s food culture as well. Two blocks from the train station, just before the river, I tasted what the forests had to offer at Sumikyu, a soba restaurant. The cold buckwheat noodles were presented on one large magnolia leaf, a tree that is native to the area and grows leaves that can stand in as inedible tableware. 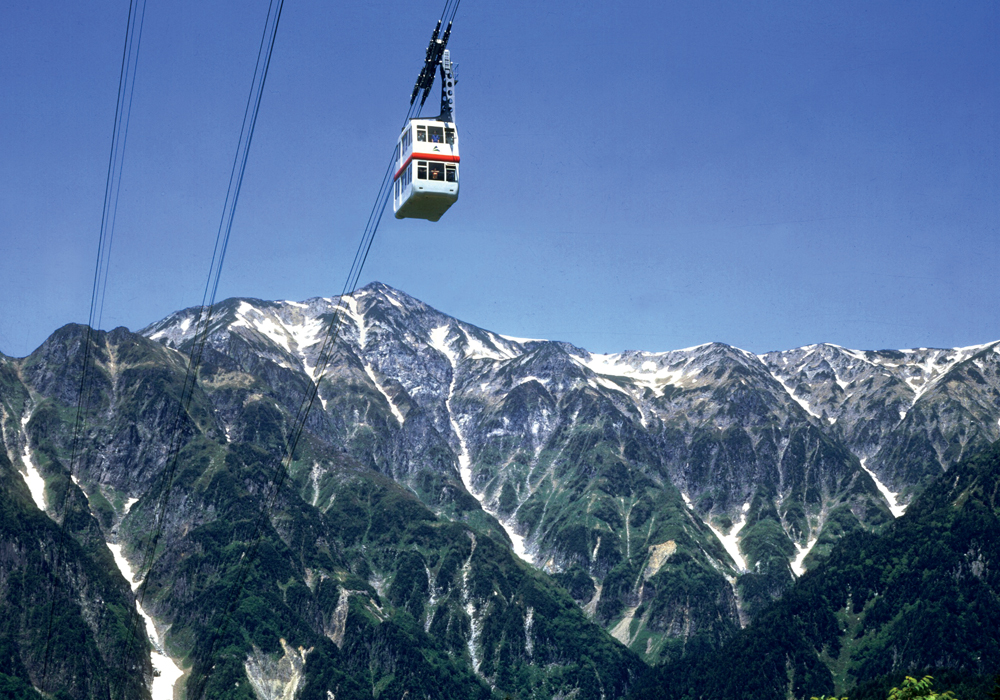 Soba is a specialty of the region. Since rice is difficult to farm in these volcanic mountains, buckwheat became the more popular nutrient. The mountains inspired the rest of the dish too: fern, asparagus-shaped short bamboo and a trio of yellow- and black-capped mountain mushrooms were all nested in the noodles while a raw quail egg and radish purée crowned the soba. Per the custom, I dunked each twirl into a soy sauce water and scallion broth.

Although rice is less traditional in the Japanese Alps, it has found its place in the region’s street food. Before heading into the mountains, I purchased a stick pierced through five soy-sauce-coated rice balls. Most places in Japan sweeten up this skewered snack, but in Takayama City the residents have their own take: bitter.

Because water quality is superior in the region, this mountainous urban oasis is also home to a half dozen quality sake breweries. Head to other side of the Miya River, where Harada brews great sake. Along the way if you spot a ball of bent cedar branches hanging out front of a shop, chances are a new brew is on offer there. And like most cities that can please tipplers, drinking tours through Takayama City are available. (Unfortunately, it was a bit too early for this traveler to partake.) 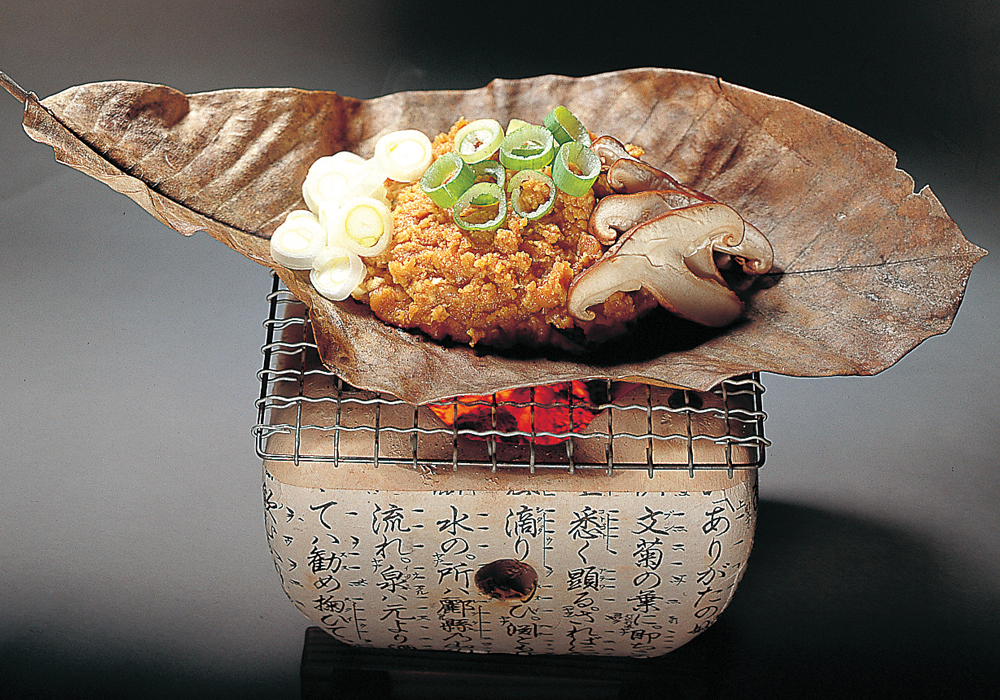 Full of soba and rice balls, I departed for my ryokan-style hotel, Hodakaso Sanganoya, which was 45-minutes from the city. A ryokan is a traditional Japanese accommodation. The defining features of the room (to a Westerner at least) is that it is filled with an absence: no beds, no carpet, no furniture. Instead, the living space is lined with tatami mats on the floor. And that’s essentially all. There are several ryokans in the downtown area, most notably Ryokan Asunaro, but I opted for one outside of the city and closer to hiking trails.

Since Takayama City and its purlieus sit capriciously among volcanoes, many of the accommodations have their own lava-rock onsens (a geothermal hot spring), ideal for nude, same-sex bathing; a tradition in the region. For those with more puritanical values, Sanganoya has private rooms for stripping down beside a Zen garden.

Any ryokan worth its salt will also include a traditional kaiseki dinner. Note: the Japanese may bathe together, but they dine alone. When I arrived I could hear the other guests behind the translucent, paper shoji doors, but could see no one. I entered into my self-contained unit and the kaiseki, Japan’s version of a banquet feast, was already laid out in more than a dozen, detailed bowls filled with an assortment of deep-fried fish, sashimi, chestnuts, mushrooms and vegetables. Key to the meal was Hida beef, the region’s prime cut—the marble runs through the meat like a web, giving every bite the texture of butter. 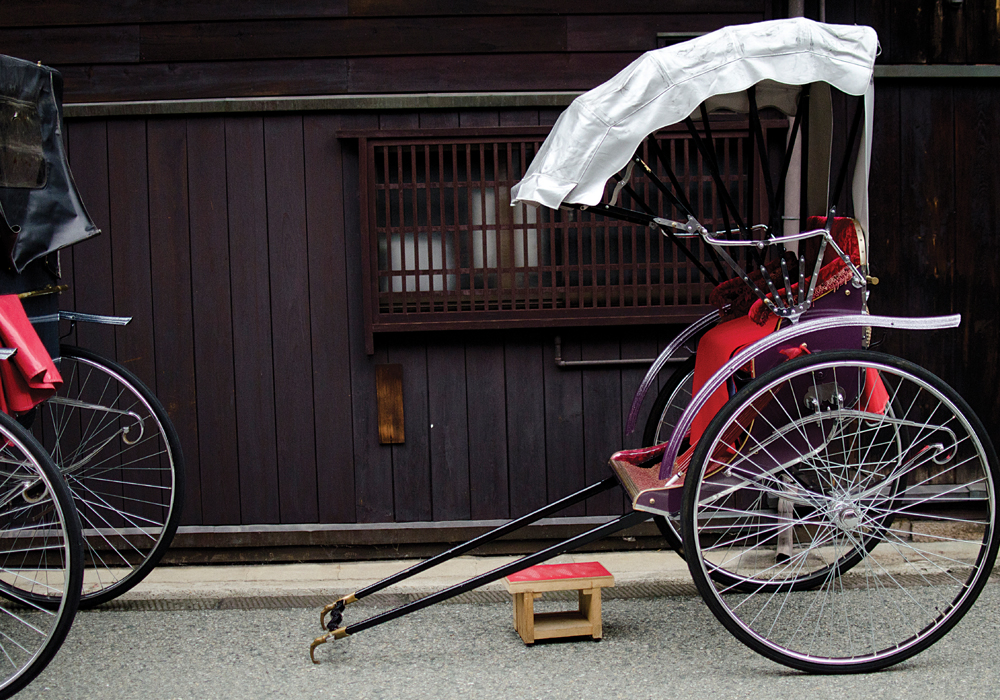 Visitors can choose to explore and hike from the picturesque resort town at Kamikochi, where the Kappa Bridge straddles the crystal waters set before snowy mountains. Adventurers can tackle rapids in world-class rivers or trek barren, alpine peaks. For those who’d like to travel by gondola, the ropeway at Shin-Hotaka presents an easy lift to the top, along with panoramas of the Northern Alps. (If you hike in that region, take the trail that passes the only year-round hut, Nishiho, and enjoy a bowl of their famous Takayama ramen.) Those opting for something more relaxing can enjoy the many onsens fueled by Okuhida.

My journey took me to the paths of Mount Norikura’s Kamoshika in the forests of Goshikigahara. Along for the journey was a mandatory guide. We stopped at Kutemikoshi, the first of four towering waterfalls that cascaded into a large pool. I watched the rush of water as toads hopped among the pale blue hydrangeas and beech trees soared.

We paused for lunch at a well-kept lodge at the top of a ridge. My meal (prepared by the ryokan) came in a bamboo basket, though I was disappointed to find Western finger foods: French fries, bread, shriveled little hotdogs. I longed for a repeat of that morning’s offering, Takayama City’s famed breakfast: Hoba miso. Hoba, the name for the magnolia leaf, can withstand the heat of a fire for the better part of a half hour, making it part frying pan. That morning the miso paste—mixed with sweet sake, scallions and mushrooms—had cooked, caramelizing on the leaf. It gave me all the energy I would need for the rest of the hike thus I sealed the bamboo lunch box, contents uneaten.

We continued on, stopping now and again for water, sipping from the communal metal cups and squares of bamboo that were left along the trail wherever mountain water flowed. We traversed hills cloaked with nine-leaf bamboo (though finding a stalk with nine leaves was as likely as finding a clover with four). While Mount Norikura had been dormant for 350,000 years, neighboring Mount Ontaki exploded just 10 months earlier, killing 57 people and leaving another six hikers unaccounted for. But that day, it seemed, the big volcano would remain as quiet as the trumpet-shaped flowers from the heart-leaf lilies. 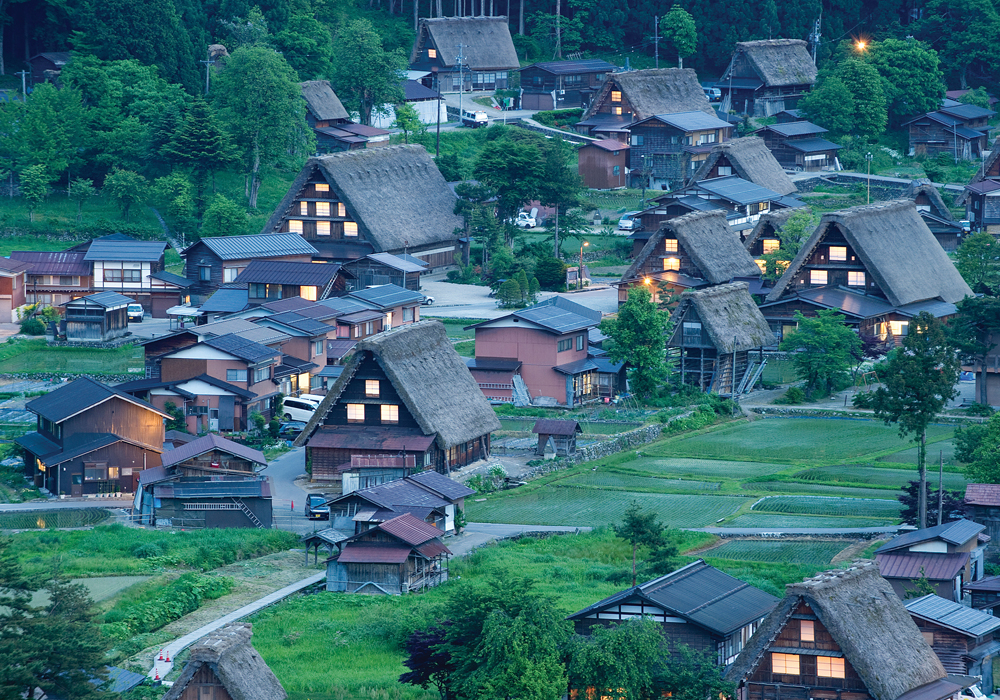 My guide pointed to marks on a tree. “Those are Moon Bear marks,” she said, explaining that they were made by small bears with crescent moons arching across their sternums. They were nearby. “Can they kill?” I asked, figuring the answer was no, recalling how small the taxidermied one in the lodge had been.

We pressed on ending in the quiet village of Hitoegane where I dined with three locals, leaving the ordering to them. It resulted in a wonderful pot of ramen and cabbage in miso broth simmering away on the tabletop stove.

“What’s chewy?” I asked, unable to identify the tough organ. “Small intestines,” one person said. “Miso paste is very good for disappearing the bad smell of the intestines.” It was a fair point.

“More whiskey?” someone asked and poured the Yamazaki.

We were in the middle of nowhere on an island overwhelmed by industrialization and modernity. But here life was beautiful and bucolic, where nature and customs flourished. And the crowds did not exist.