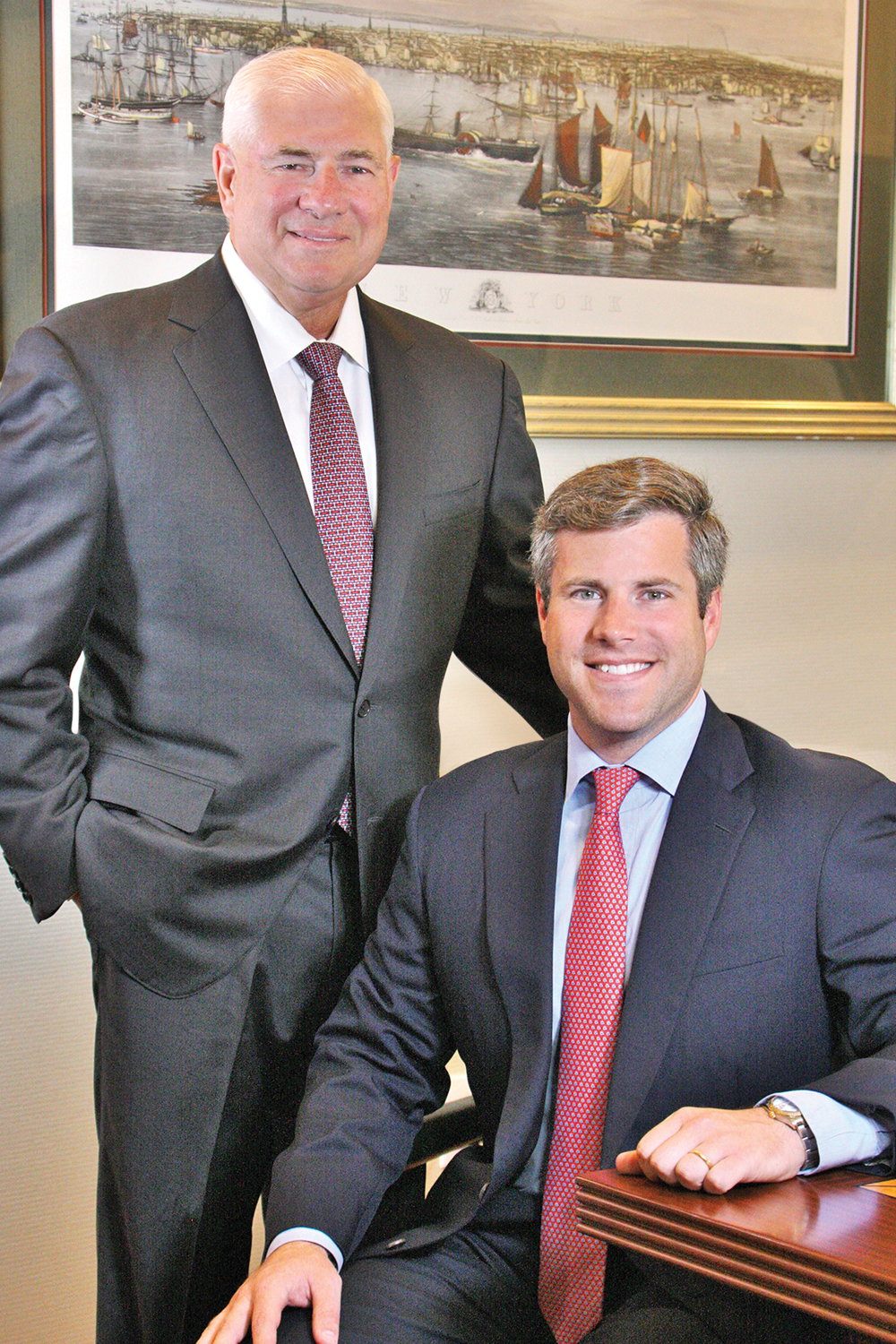 Longtime Huntington resident Ted Weiss and his son Craig are the leaders of development and management for Long Island’s T. Weiss Realty Corp. The company goes back more than four decades and early on, the Weiss family made it a priority to give back to the community alongside growing their operations. The father-son duo was recently honored at North Shore-LIJ Huntington Hospital’s 2015 Black Tie Gala, raising almost $400,000 for the emergency room, maternity and inpatient oncology department expansions.

“I and my wife have been supporters of Huntington Hospital for many years and in the last year I was invited to join the board of directors. And at the same time we were asked to support the charity ball. We embrace that, and we are longtime Long Islanders and longtime Huntington-ites, so it wasn’t a heavy lift for us to get involved,” said Ted. The organization is working on the hospital’s expansion, projected to be complete in December of 2016. The size of the emergency room will increase by 300 percent, which creates more efficiencies and, as Ted explained, “a state of the art facility that will serve Huntington and the surrounding community’s problems better than any other hospital on the island.”

Craig, president of the corporation, is passionate about giving back to the community where he grew up and still spends a lot of time. “The driving factor of getting involved is it’s close to home and both my father and I, my sister and my mother, friends and family, have all utilized the services of the hospital over the years,” he said. “It’s easy to get involved—whether it’s through sweat labor or through monetary donations—when it’s something you truly feel passionate about and you can actually see the benefits of your support.”

The family will continue to support their hometown in hopes of making it better for the residents as well as those who come to Huntington for topnotch healthcare.