As the infamous fashionista and style icon Sarah Jessica Parker as Carrie Bradshaw of Sex and the City said, “Every year the women of New York leave the past behind and look forward to the future…this is known as Fashion Week.”

While we all swooned over the work of designers via Instagram and live video streaming feeds, fashion director of The Doneger Group Roseanne Morrison trekked through freezing temperatures from Feb. 11-18 to see what the fashion world would have to offer come fall. From formal suits to tracksuits, Morrison told us the go-to’s and the must-haves, and we’re giving you the insider knowledge on what to look for and love for fall 2016. 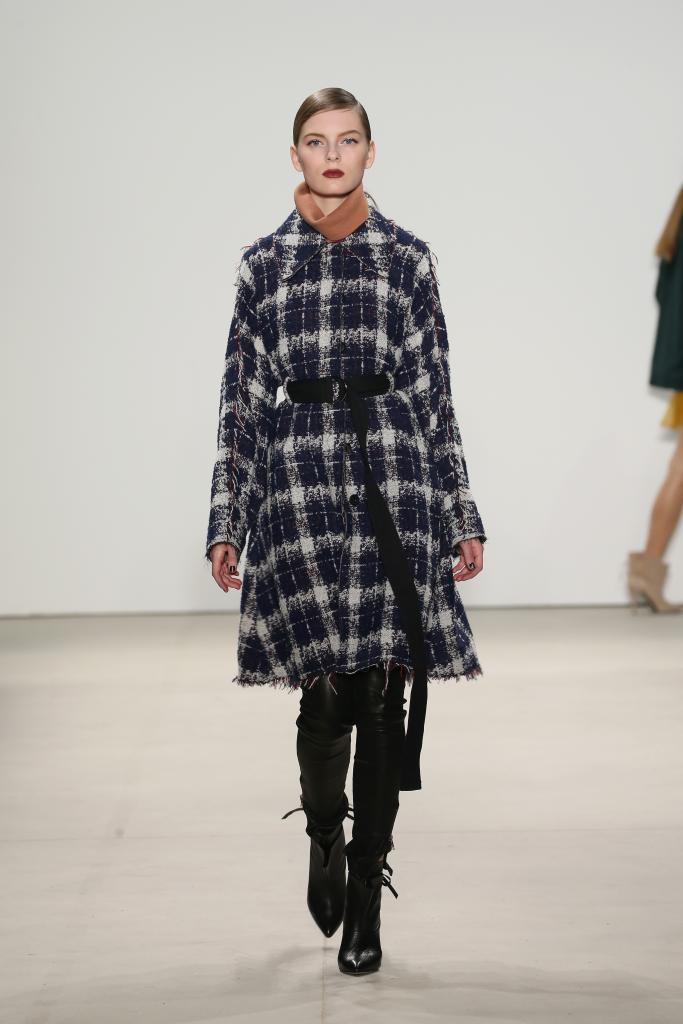 A model walks the runway wearing Marissa Webb Fall 2016 during NYFW at The Shows at The Gallery, Skylight at Clarkson Square. image: neilson barnard/getty images

“I would definitely say there’s a major menswear message out there,” said the experienced fashion guru. “[There are] a lot of pinstripes, a lot of plaid, a lot of grid patterns. But even though it’s menswear, it’s softened with either asymmetrical angles or lingerie layers…it’s certainly feminized.” Wear a silk tank topped with a blazer to achieve the look for the office or a night out. A heavy textured coat also works to create layers and keep warm in the autumn weather. 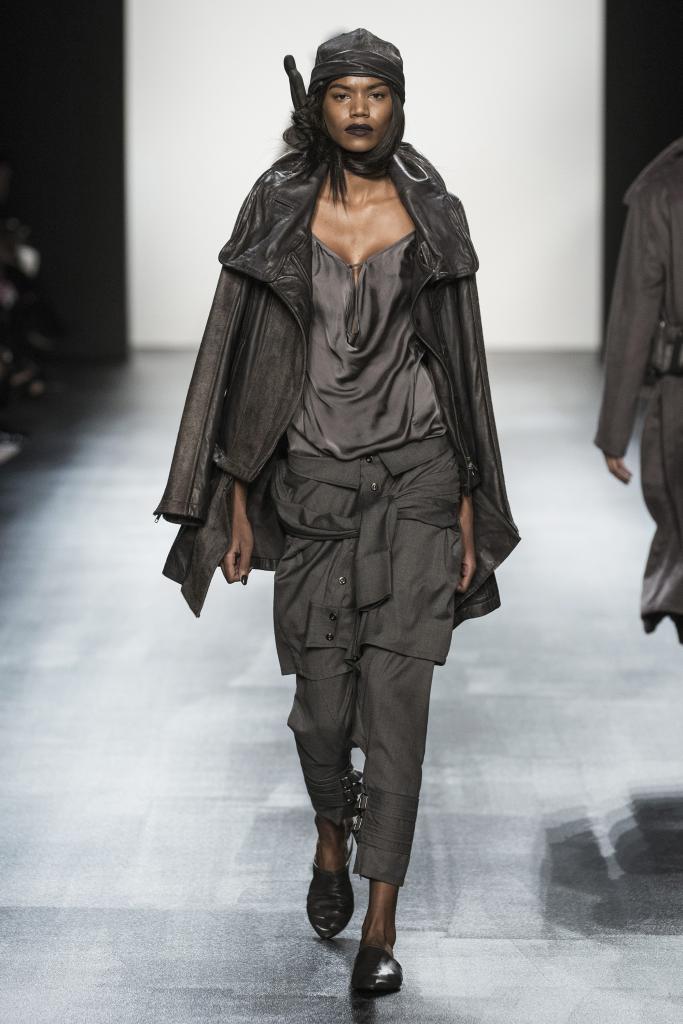 Fight the urge to keep the summer’s tight mini skirts in your wardrobe all fall long. “Silhouettes are roomier,” Morrison explained. “There’s more of a slouchy style. There’s a lot of maxi lengths on everything…on dresses, on flowy coats, everything is very long and fluid.” Keep an eye out for longer, fuller skirts, and keep thoughts of thigh length attire in the summer months. 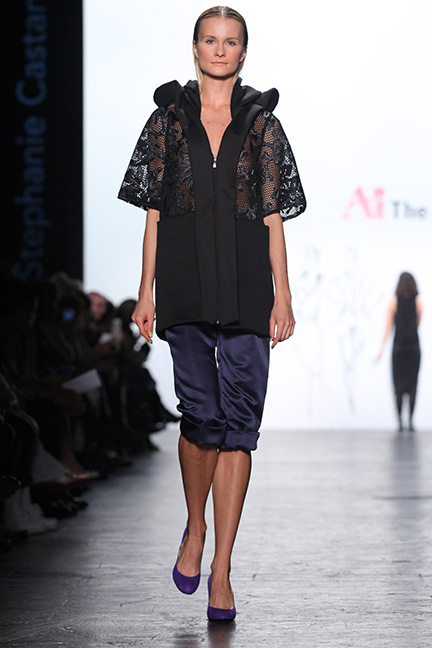 Every stylish woman has broken her “no sweats” rule ever since athleisure has become a thing of fashion. “There were a lot of jog sets, there were a lot of track pants and there were a lot of little cropped bomber jackets. I think the whole story is layering for the casual story,” said Morrison. Pairing track pants with a leather jacket gives off casual vibes perfect for weekends. “Or a sweater, not just an active t-shirt. Make it a little more formal.” 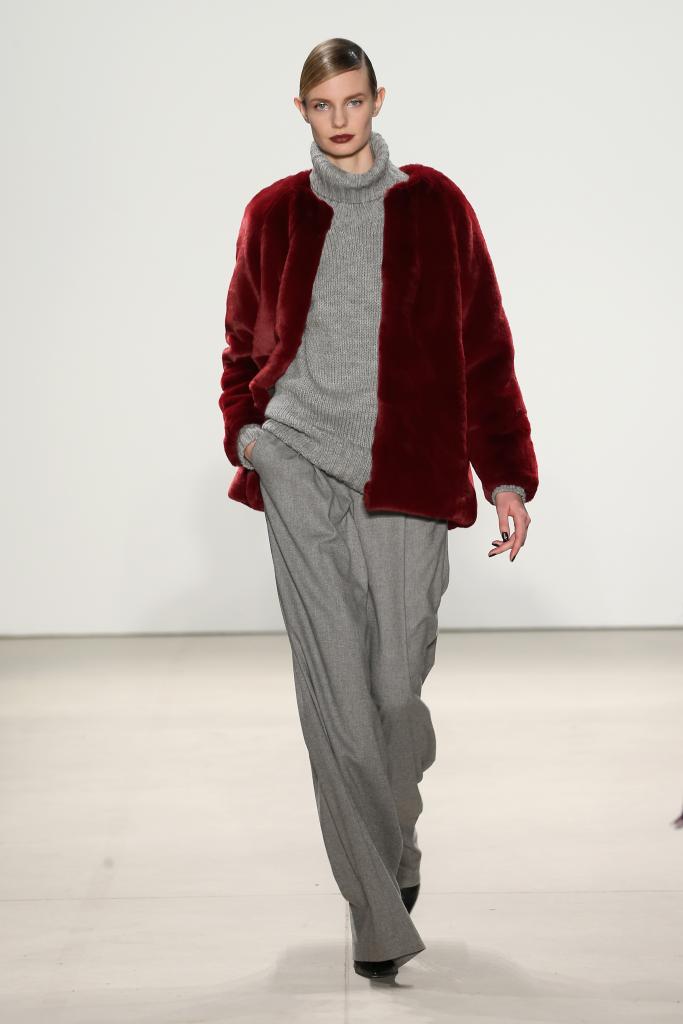 Important look for fall: suiting. Vera Wang, DKNY and Calvin Klein all had incredible workwear that transition nicely into nightlife or as separates for a casual workwear look. “I also feel like at that time frame it’s going to be a little more casual. People might buy into this outdoorsy story with a lot of denim, a lot of plaid and kind of relaxed looks, but getting into fall they’ll buy into the whole suiting story…whether or not they wear the jacket together with the trousers.”

When asked about whether or not track pants and athleisure wear can be worn in the workplace: “I think that’s a little harder, I think it’s going to be done for sure.” If you’re going to take the leap in hopes of making casual separates formal, Morrison suggested, ” […] track pants with nice trims paired with sweaters, a lot of the designers did it so it’s possible. It depends on the shoes you wear and if you make it formal enough.”