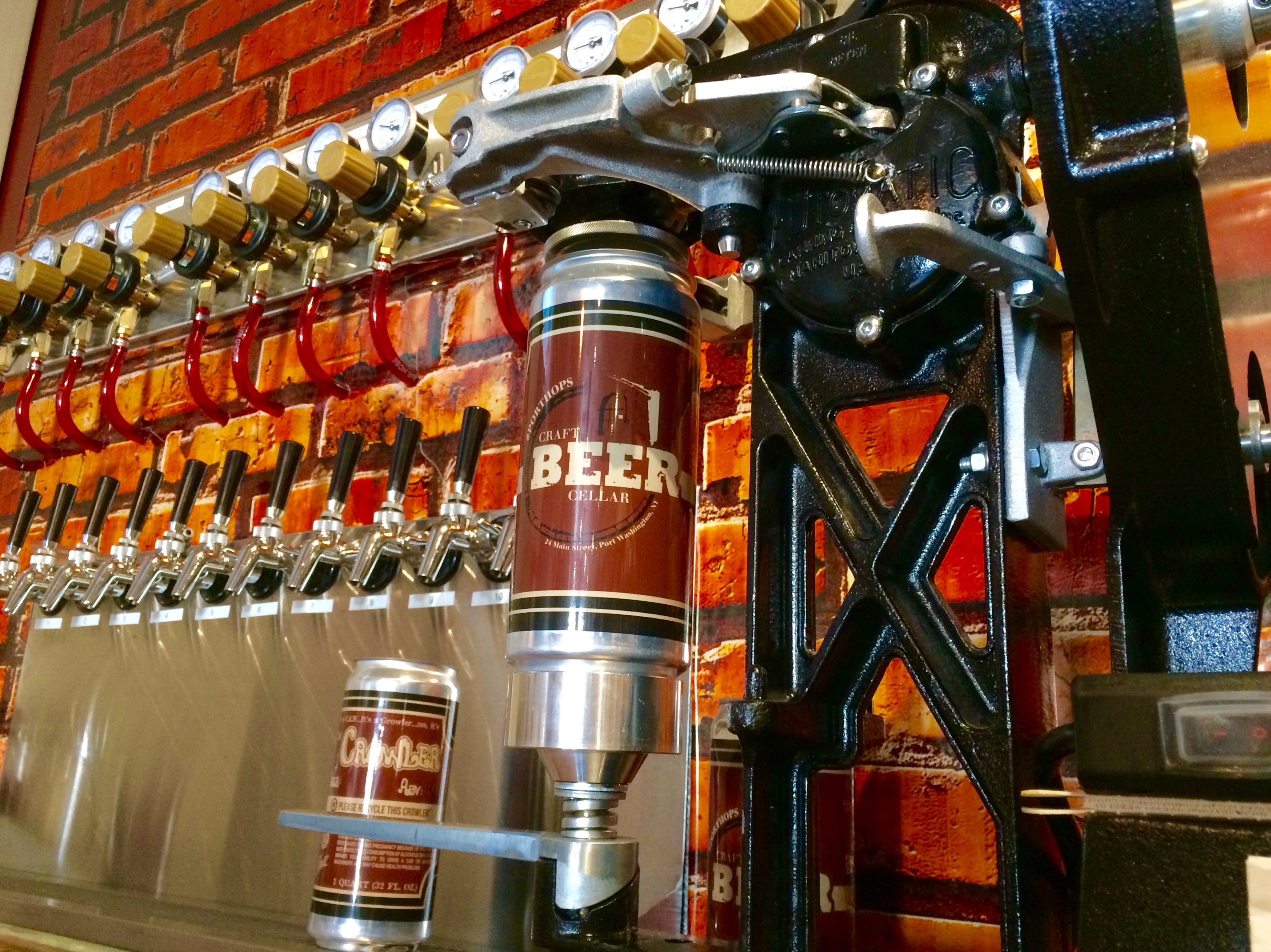 As first-time franchisees, Erin and Trish Molyneux imbue this beer store—which has more than 20 locations across the U.S.—with personable service and refreshing beer-geek knowledge that’s often lacking in today’s retail spaces. At the couple’s shop on Main Street in Port Washington, shelves and coolers are stocked with beers like Barrier’s Money IPA and Boon’s Geuze Mariage Parfait. The brands are arranged geographically and available to purchase individually; there’s also a mix-and-match six-pack option.

Though on-premise imbibing isn’t permitted, Cellar’s 11 rotating drafts are all sold to-go via growler or Crowler. The latter is a one-use, poured-to-order, 32-ounce can growler designed by Colorado’s Oskar Blues Brewery (a trailblazer in craft-beer canning) and the Ball Corporation. Cellar is only Long Island’s second spot to start offering the increasingly popular vessel (Great South Bay Brewery was the first). The cans are sealed on the spot in seconds by a tabletop machine and offer many advantages over glass growlers—aluminum is more effective at blocking light and a sealed can prevents oxygenation better and is more portable.