When things are going well, there is a beautiful human impulse to give back. Whatever the cause, the ability to act on this philanthropic impulse has become vastly more accessible since the advent of the internet. Yes, there are still those standing on New York City corners, clipboard in hand, asking for monthly donations to their causes. But much more common, and potentially more effective, are passionate individuals leveraging social media to reach out and gain support. This change has gotten more money directly to the cause faster than ever before, and that’s also changing how charities and donors interact.

“All I have to say is ALS ice bucket challenge,” said Ken Cerini, a 30-year veteran CPA who works primarily with non-profits at Cerini & Associates in Bohemia.

Unless you were living in a hole two summers ago, you know that the ice bucket challenge tore through social media and raised $115 million for ALS in just a few months. Where, in the past, fundraising efforts might rely on costly dinners or telemarketing campaigns, the ice bucket challenge cost the fundraising team virtually nothing. The message to donate or get dunked spread on Facebook and the dollars went straight to the cause.

This “pass through” model—money passing through an organization to get directly to the cause—is important to donors because they want to know that their dollars are being used effectively. That’s another way the internet has boosted non-profits and charities: because information is much more accessible, donors can learn about the organizations to which they’re giving and find out exactly how their dollars are being used.

“Donors are a lot more informed,” said Cerini. “and they’re looking for a social return on their investment. What’s the dividend? What’s the impact? It’s not about outputs; it’s about outcomes. There’s a shift in focus.” According to Cerini, this means the organization really needs to know what they’re doing and to keep an online story going. They have to show, through images and words, video and social media, how those funds are being used. 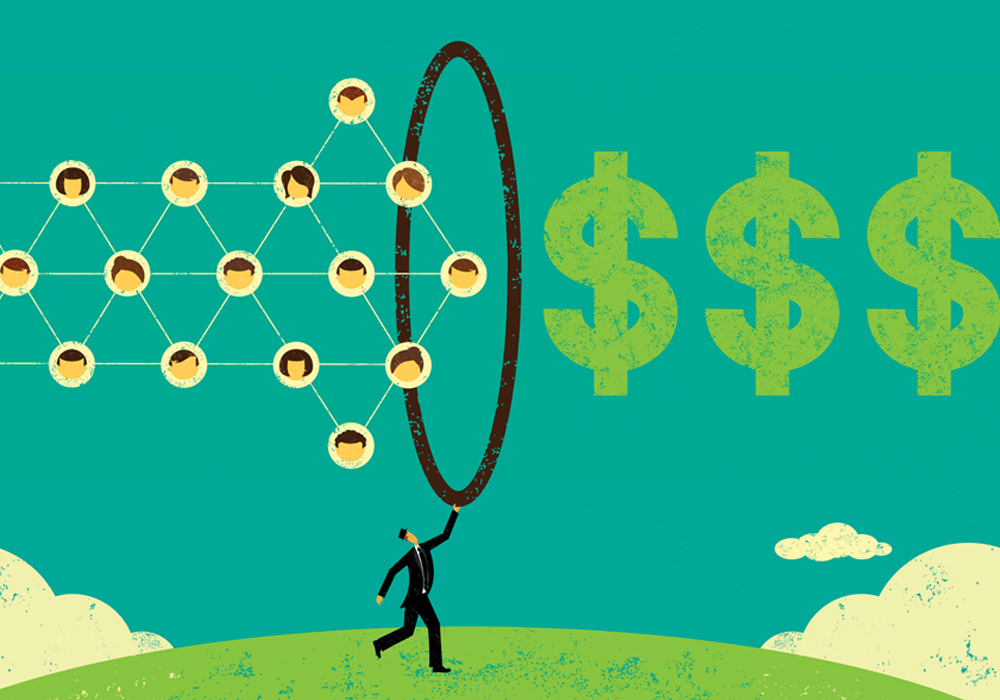 That way donors will feel the connection and keep giving. “People are able to get instant gratification. Organizations are able to tell their story more effectively and to keep people engaged with an ongoing story that’s much more effective,” Cerini said.

But getting the message out might be the easy part. Because donors are much more informed, they’re also much more inclined to scrutinize the organization’s operations. Transparency and accountability are essential. And it starts with efficiency. Peter Klein, CFA and author of A Passion for Giving, advises clients who are interested in starting a non-profit or charity to look at it like any other business: you need a good business plan. The first thing is to make sure there isn’t someone else already doing the same thing. If there is, he says, align.

“Everyone wants to do their own thing. But it’s better to collaborate, to reduce expenses and increase the good you’re doing” said Klein. It’s actually part of the legal structure of a non-profit to be collaborative. Unlike a business, which can be started and run by a single person, New York State regulates that a non-profit must have a board of directors of at least three people.

“The I is not the focal point,” said David Goldstein, an attorney with Certilman Balin who works almost exclusively with non-profits and charities. “It’s more of a collective we. In a business, one person could hold all the economic interest. In a non-profit, you need at least three people and nobody owns it. That’s a different mindset. It’s driven by the passion and the mission.”

New York State has a slew of other mandates for non-profits and prides itself on having strong regulatory oversight. The responsibility for that oversight falls mainly on the shoulders of the board of directors, which is something that comes as a surprise for some of Goldstein’s clients.

“For most people starting a nonprofit, it’s all about the mission,” he said. “They’re not thinking that nonprofit directors have legal duties and are charged with oversight.”

“If I am on a nonprofit board,” said Goldstein, “my allegiance has to be with the nonprofit’s interest—not to my own family or relative or business.” If any of these duties are violated, directors can be prosecuted. But with the proper legal counsel to help navigate the complex rules, the board of directors is free to focus on the mission without worry.

When Mike Cave started pinktie.org, it was 100% mission driven. He lost his aunt to breast cancer and felt compelled to do something about it. He started, as Cerini and Klein would have advised, by aligning himself with an already existing organization: all checks from his first event were made out directly to FACT (Find A Cure Today). But Cave soon realized that pinktie.org had its own momentum and its own mission. It wasn’t simply fundraising for breast cancer research and prevention. He tied in a whole other component: networking for a cause. “People spend money to go to a networking event. Why not give that money to charity and get the same thing accomplished?” he said.

Pinktie.org quickly expanded. The first event in April of 2012 had 350 people and raised more than $70,000 to help fight breast cancer on Long Island. The second event had 1500 people and raised $250,000. “In coming together for this common good, it’s not the hard sell. Instead you bond with someone and when you form that bond, then the businesses are bonded and it’s the real deal,” said. Cave. Once he realized that pinktie.org offered not only an opportunity to give to charity, but a valuable tool to strengthen business connections, Cave filed his own 501c3 and incorporated.

Through technology, Cave has eliminated many of the overhead costs of running a non-profit, and pinktie.org has expanded to donate to more causes, like autism groups and helping victims of child abuse. “The cost to run a nonprofit and raise money can be minimized to nothing. We leverage technology to raise the most money and awareness without overheads and salaries…organizations are giving money and telling people how a portion of the proceeds is going to charity,” he said.

This kind of positive exposure, what Cave calls the “soft sell,” gets the word out organically. People interact because they want to and they’re pulled in to stories and causes that matter to them. Not only do the organizations grow, but along with them, people’s impulses to give.

You’ve been moved to act, to make the world a better place. Now that you have this pile of good intentions, what do you do with it?

Find out if someone else is doing what you want to do, and if they are, volunteer or donate money to help the cause. If there’s a void, consult with a professional.

“If you’re interested in making charitable donations in an effective manner, look into a donor advised fund,” said Peter Klein, CFA. A donor advised fund (DAF) is a giving vehicle that allows people to set aside capital for distribution to 501c3 nonprofit charities. Donors will get a public charity tax deduction (up to 50% of Adjusted Gross Income). But, you can’t fundraise through DAFs.

If you want to both raise funds and then give them, make a business plan to start a non-profit organization. Klein says this involves three simple steps: understand what you’re offering, understand who you’re serving and make sure you can execute or deliver what you say you’re going to.

Navigate the red tape. “First you have to incorporate,” said Cerini. “Then you get a tax ID number and start the process of filling out the 501C3 for tax exempt status.”