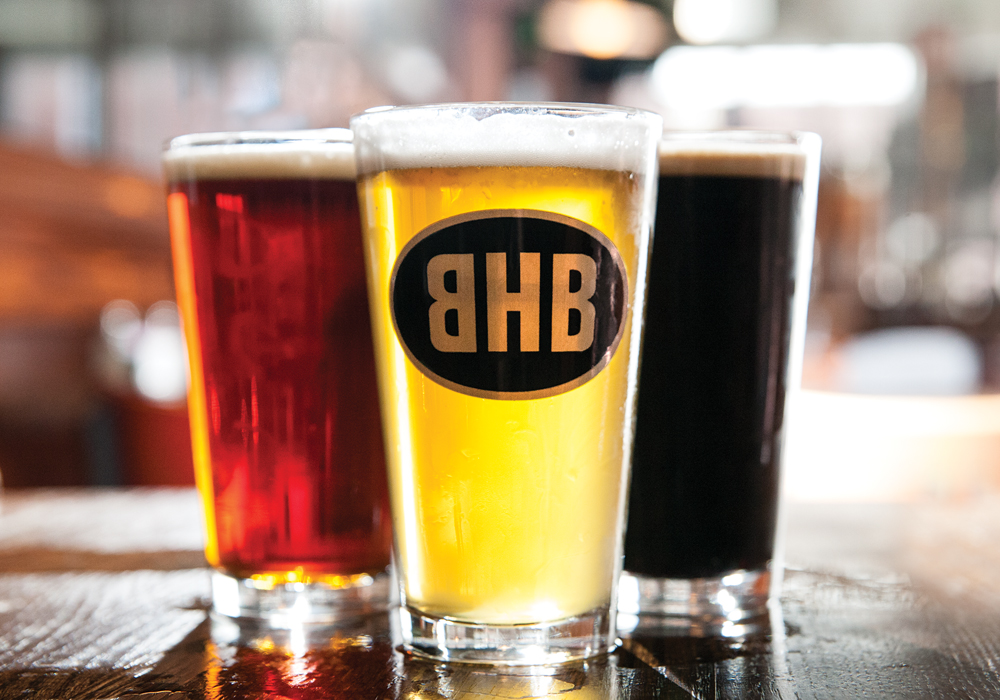 Paul Komsic started working at BrickHouse Brewery & Restaurant in 2010, but he wasn’t hired to make beer at the rollicking brewpub on Main Street in Patchogue. That role followed after three years as a cook and regular “friendly reminders to anyone and everyone” about his home brewing pursuits. “I’d bring in my samples for the staff to try, and I always tried to pick the brewer’s brain. I figured that getting any kind of foot in the door at a brewery could put me in a good spot to learn and start professionally. See? I had a plan from the beginning.”

His plan was successful: after working alongside two former brewmasters as an assistant, he was promoted to helm the 10-barrel operation in December. Many of BrickHouse’s core beers will remain under his leadership (the Beowulf IPA is recommended) and he has his sights set on raising the bar as well. “I’m focused on us being a destination brewery that people from all over travel to because we bring something unique,” he said.

Reaching this high level includes offering more innovative seasonal recipes, more collaboration with local businesses and breweries, and expanding the limited distribution of their previously on-premise-only beers. The latter will be tasked by a newly assembled brew crew. “I’m training one of our servers as my assistant and delivery guy. And one of our bartenders as our new sales rep. I’m excited to have a little team, hopefully to push more of our beer outside our four walls and in general convert more palates to craft beer.”

1) Carrickfergus Cream Ale: Every year around St. Patrick’s Day we release the potent and tasty Carrickfergus, one of the most unique beers we brew here. For our interpretation we use both oats and corn to create a creamy mouthfeel, and then we age the finished beer on whiskey-soaked oak to give barrel-aged flavors of vanilla. To top it off we add nitrogen to each keg to give it that silky, creamy body.

2) Don Dapper IPA: This extra-strength IPA is the most expensive beer we’ve ever made and the first professional IPA I’ve designed. There’s a nice toasty malt character and some Chinook hops for bittering. But the main showcase are two hugely aromatic hop varieties that give a wonderful juicy, fruity character: Wakatu from New Zealand and Ella from Australia.

3) Ron’s Burgundy: Rye is one of my favorite ingredients and I plan on keeping some type of rye beer on tap at all times, tweaking the recipe for the seasons. Before we put out a Kentucky common style in May, we’re offering this Scotch rye ale now. Described on our board as a “Scotchy scotch scotch ale,” it’s a slow-sipping beer led by an insanely long and strong malt bill.