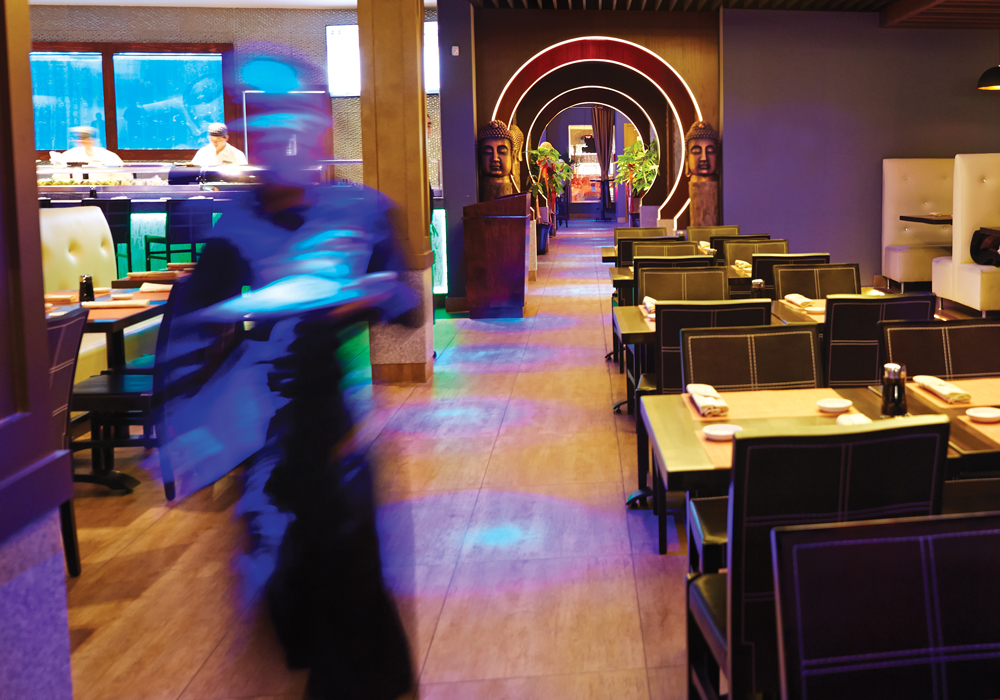 New this month: upscale seafood on the Gold Coast, Asian fusion in RVC and a celebrated chef expands his offering

When Michael Meehan, one of the Island’s most celebrated chefs, became the kitchen commander for Vauxhall, a late-night burger bar in Huntington, many observers were surprised. His new job is more than it seemed. Vauxhall is looking to expand around the Island and Mr. Meehan will be the corporate chef while still retaining his duties at the Noyac Golf Club in Sag Harbor.

Ayhan’s Fish Kebab in Port Washington became Fish on Main late last year. Among the new offerings at this upscale American seafood grill are miso salmon and center cut grilled swordfish (no kebabs, though). Inside, the space is much more elegant than its predecessor. Twenty-foot-high ceilings, four elaborate chandeliers, sheer curtains, all white walls and an LED-lighted fish tank surround diners as they enjoy the reimagined Gold Coast staple.