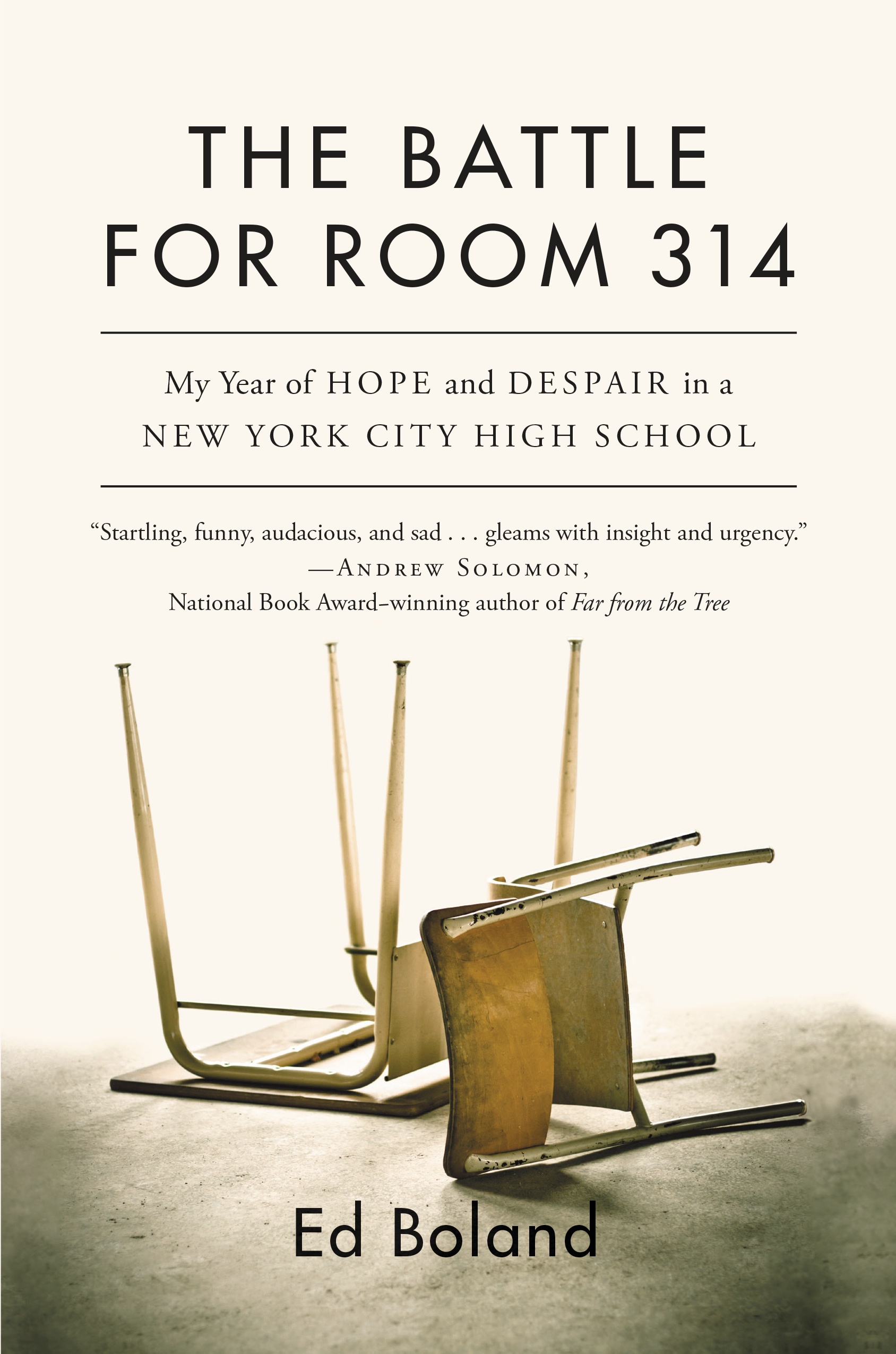 What was the name of your favorite teacher?

Even after all these years, you still remember the smell of chalk, the sound of her reading aloud, the way he pulled ideas from your head or music from your fingers. That teacher changed your life, and The Battle for Room 314 by Ed Boland, you’ll get a view of today’s classroom–one you’ll barely recognize.

What was a nice, educated gay man doing in a snarling pit of teenage attitude?

With sweaty palms and a worthless planner, newly minted teacher Ed Boland wondered that himself. Inspired by teachers in his family, he’d given up a well-paying job to teach but the ninth-grade class he’d gotten wasn’t what he bargained for.

Because Boland had spent a year teaching English in China, he figured he had a “leg up” on a job at Manhattan’s Union Street School, “a new combined middle and high school” that focused on history and international studies. Teaching there, he’d been led to believe, was a dream job and, since he’d already worked with “promising” but disadvantaged

New York-area minority students through Project Advance, he thought he knew the kind of fresh-faced students he’d have.

Instead, what he found in the classroom that fall were sullen, attitudinal, sometimes violent young adults, many (if not most) of whom were dealing with absentee parents, drug abuse, poverty, pregnancy, and bullying. Some of his new ninth-grade students were in their very late teens; many were unable to write in complete sentences or do age-appropriate schoolwork. At least one barely spoke English.

And yet, with a Hollywood-happy ending on his mind, Boland persevered. He hoped to connect with the kids, though they were often uncontrollable. He dreamed they would eventually learn something, though they usually ignored his lessons. And when the year was over, he had considered staying at Union Street but he just couldn’t.

“I so wish it were a different ending for me and for the kids,” says Boland, “but some stories have to end like a seventies movie–gritty, real, and sad.”

The solution to the country’s school- and grade-based issues, says author Ed Boland, is a multi-faceted one, beginning with more education for the educators. There are other fixes, too, and “The Battle for Room 314” offers them.

But that’s not all: Boland, overall, tells a story that’s both shocking and unsurprising; part To Sir, With Love and part battlefield skirmish. There are occasional moments of too much information (both personal and classroom) but even more of frustration and missed opportunity (again, on two levels). What Boland shares left me feeling glum, mostly, but there are shadows of hope in this book–especially at the end, when he wraps up his story with a chapter of follow-ups.

Though you should be reminded that it’s representative of one man’s experience in one school, this book offers hard lessons. Still, if you’ve ever fretted about the state of education–on either side of the teacher’s desk–The Battle for Room 314 goes to the head of the class.