If any place is going to deliver quality skiing conditions in the Northeast this season, it’s Killington. That’s in part due to its immense snowmaking system, which covers 600 acres and can blanket the equivalent of 80 acres with a foot of snow in one hour. Mother Nature might not have delivered this winter, but if the temps get cold enough, Killington’s snowmaking system will. 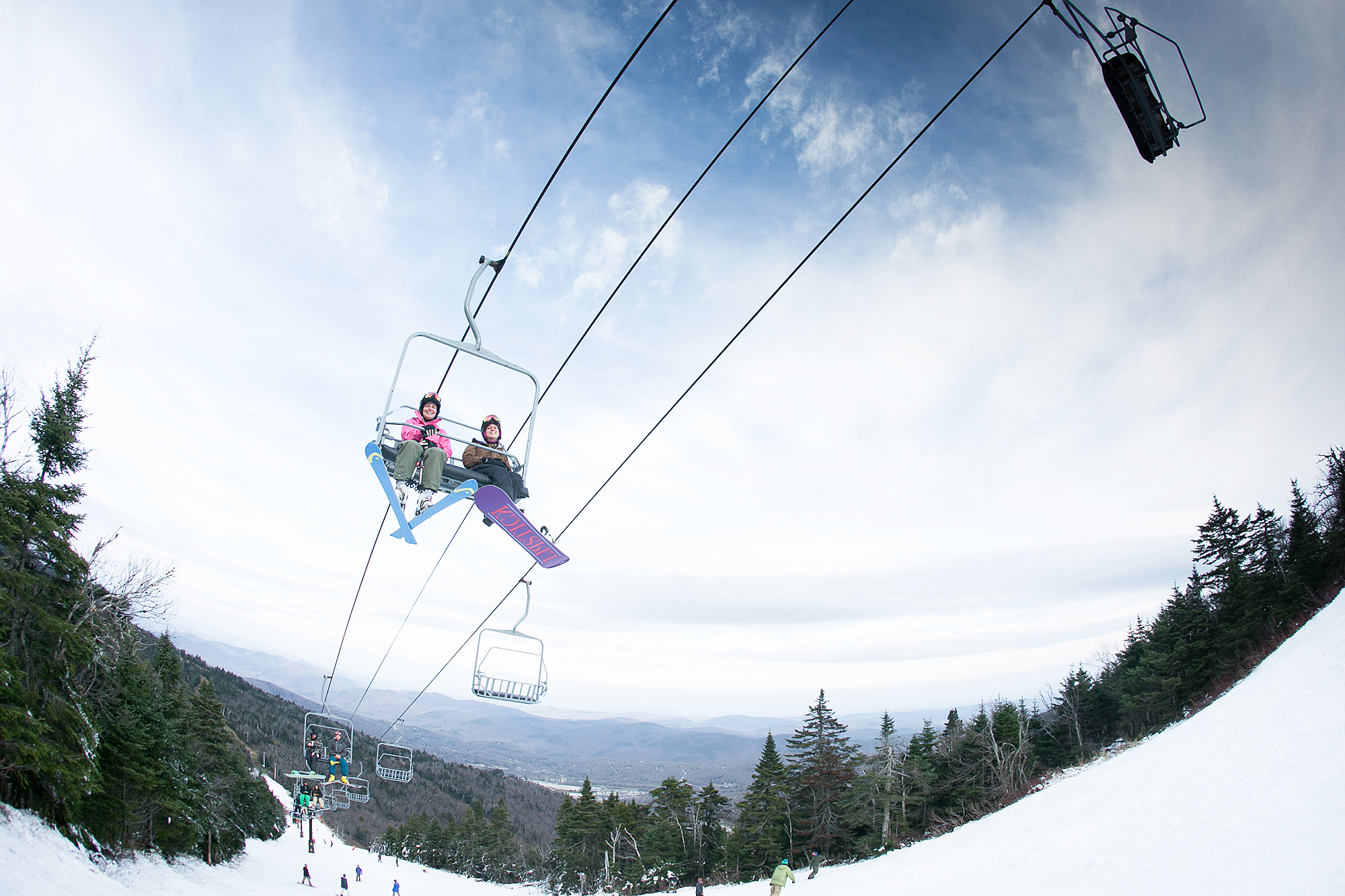 The panoramic views from Peak Lodge atop Killington’s namesake are definitely worth the gondola ride. image: chandler burgess

With more than 1,500 skiable acres, the “Beast of the East” is the largest ski area in the Eastern U.S. Don’t miss the legendary Outer Limits run on Bear Mountain. Named to CNN’s list of the “World’s 100 Best Ski Runs,” it’s the longest, steepest mogul run in the East. The panoramic views from Peak Lodge atop Killington’s namesake are definitely worth the gondola ride. From there, you can access Juggernaut, the mountain’s longest run at 6.2 miles. 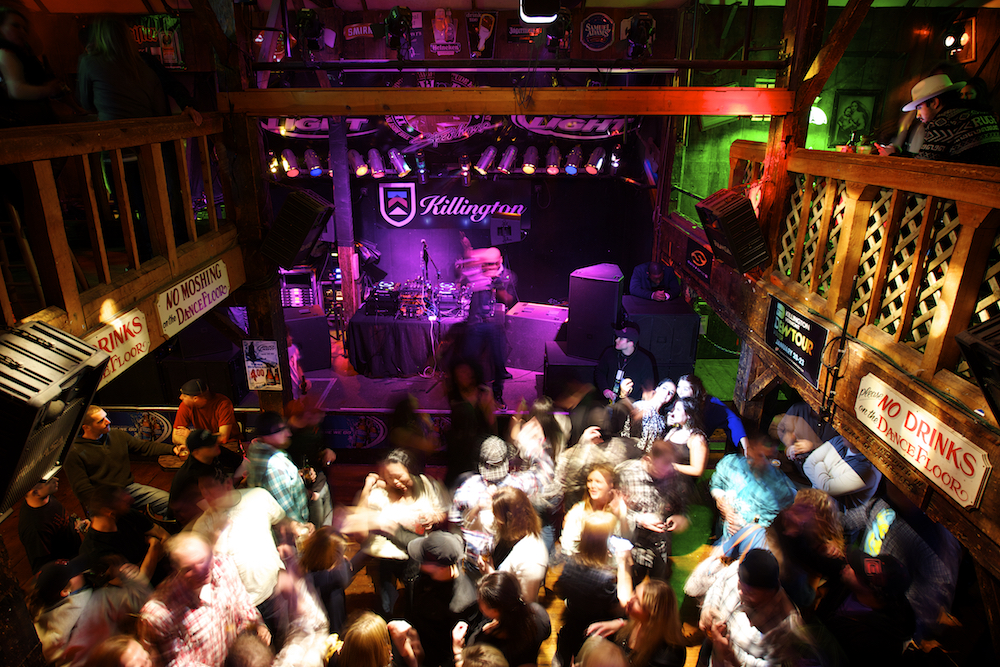 For more than 50 years, the foundation of Killington’s après ski scene has been the live-music joint Wobbly Barn, as noted by seemingly everyone, from the New York Times to Shermans Travel, which mentioned the establishment in their list of the top 10 après ski spots around the globe. But for a truly unique après experience, the Boston Globe gets it right by naming Killington’s Motor Room Bar to its list of best après ski locales in New England. Just getting to the bar is an “only at Killington” experience. A snowcat delivers guests to the original drive terminal of Killington’s first four-passenger lift, where they then climb a staircase to reach the party. 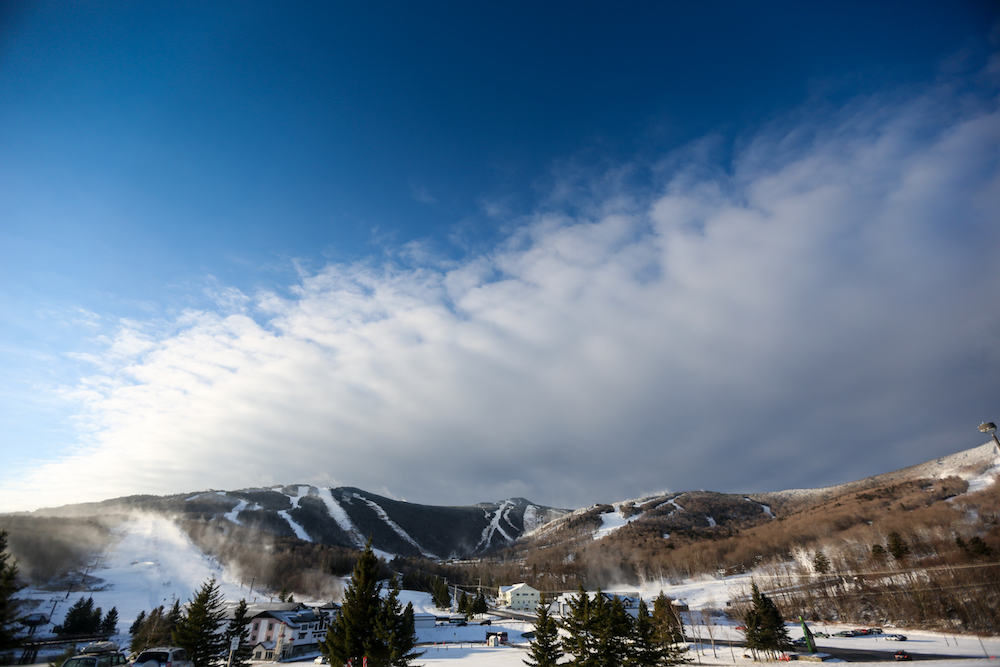 With more than 1,500 skiable acres, Killington is the largest ski area in the Eastern U.S. image: chandler burgess

The Killington Grand Resort Hotel offers the only true mountainside lodging. A short “ski bridge” connects the hotel to the Snowshed base area and lifts. Other hotels and B&Bs abound, but another great option is a private mountain cabin rental at or near the mountain. The Cabin at Killington is in the heart of it all, while Eagle’s Nest offers an upscale, secluded spot a short drive away in the Green Mountains. 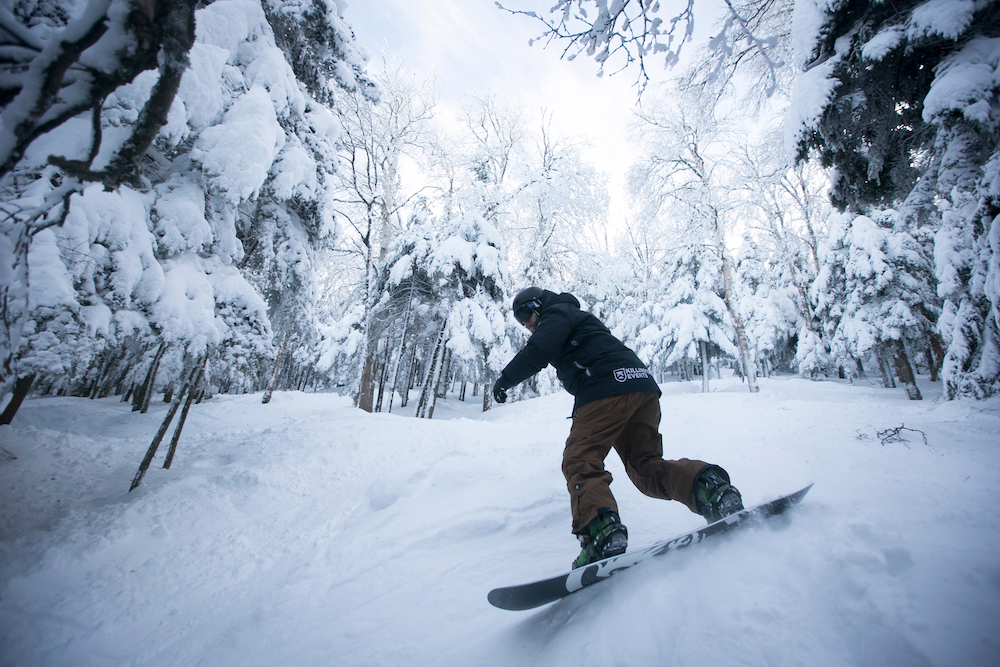 Mother Nature might not have delivered this winter, but if the temps get cold enough, Killington’s snowmaking system will.. image: chandler burgess

March heralds the start of maple sugar season at Vermont’s ubiquitous sugarhouses where you can watch the sap get boiled into syrup and sample maple candy. On April 2–3, the Vermont Maple Sugar Makers Association is hosting a statewide open house, with many of the state’s sugarhouses participating in the festivities.