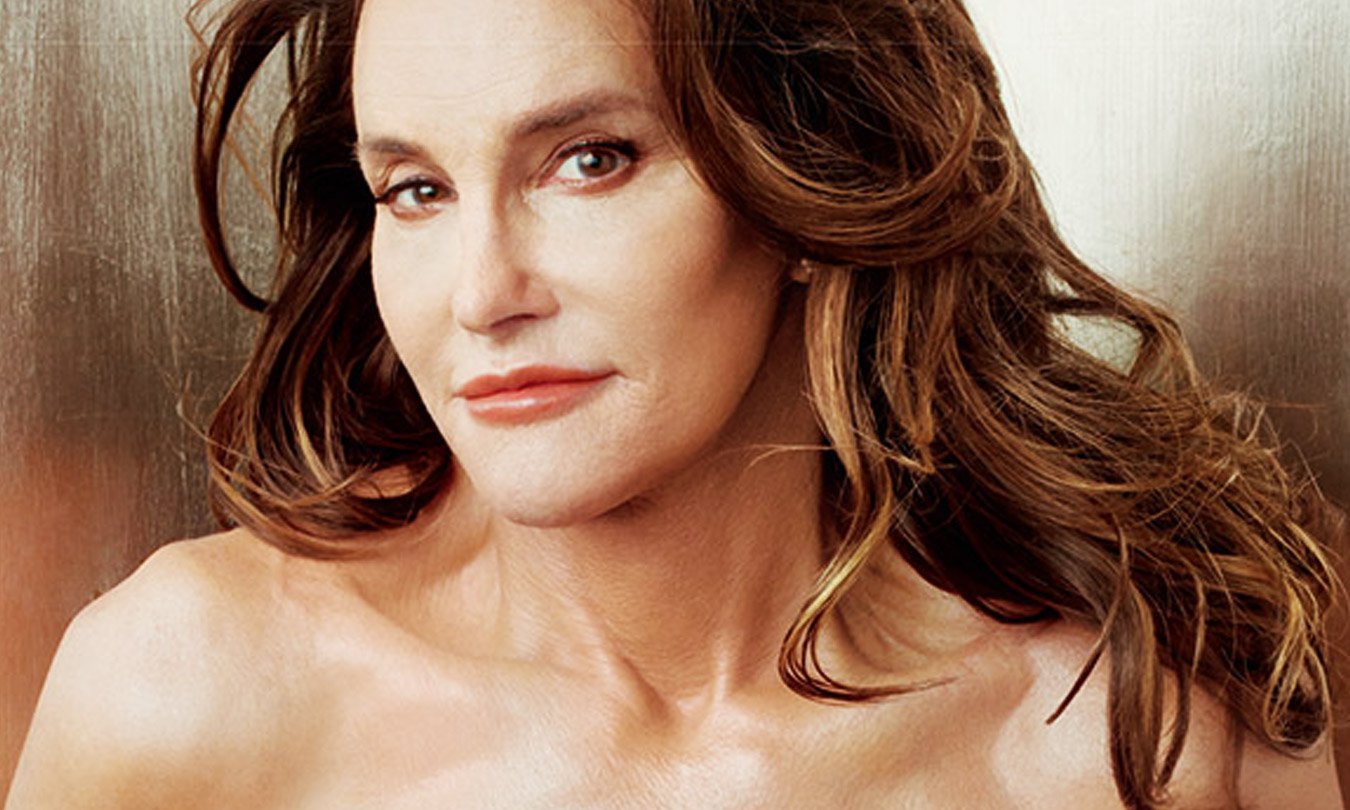 Caitlyn Jenner has raised awareness for the transgender community but not without controversy. image: alberto frank

On April 24, 2015, Bellmore resident Aiden Kaplan and his mother turned on the TV. It wasn’t your typical Friday night in. The two watched as Caitlyn Jenner, then still identifying as Bruce, told Diane Sawyer and 20 million viewers “I am a woman.”

Eight years ago at the age of 13 and without lights, cameras and Diane Sawyer, Kaplan began a transition from female to male. Jenner’s interview and subsequent Vanity Fair cover were considered landmark moments for the transgender community, an unsilencing of the T in LGBT that so often got lost in the shuffle during the all-important fight for marriage equality. But when he watched Jenner’s interview, Kaplan, who now serves as the youth services coordinator for Pride for Youth in Bellmore and runs a facilitator for its weekly Trans* support group, had mixed feelings.

“I think she has a lot of privilege associated with her identity and the way that she’s been able to transition because of her finances, because of her exposure within the media, so I think when we talk about her it’s important to point out that she does not represent the whole community,” Kaplan said. “She’s done an incredible thing for the community, which is to create a household conversation about the community that’s never really been had before.”

The awareness Jenner, along with Orange is the New Black star Laverne Cox, have brought to the transgender community is nothing to scoff at.

“I think it has started the transgender revolution, which other folks have gone through with other identities like being gay,” said Dr. Adam Gonzalez, PhD, an assistant professor of psychiatry and the director of the Mind Body Clinical Research Center at Stony Brook University.

The revolution now has a face, which helps to remove a stigma that stems from a lack of understanding. It also gives transgender people someone to relate to, which could prove to be crucial in lowering some staggering suicide statistics. Forty one percent of transgender individuals in the US have attempted suicide at some point in their lives, nearly nine times the national average. 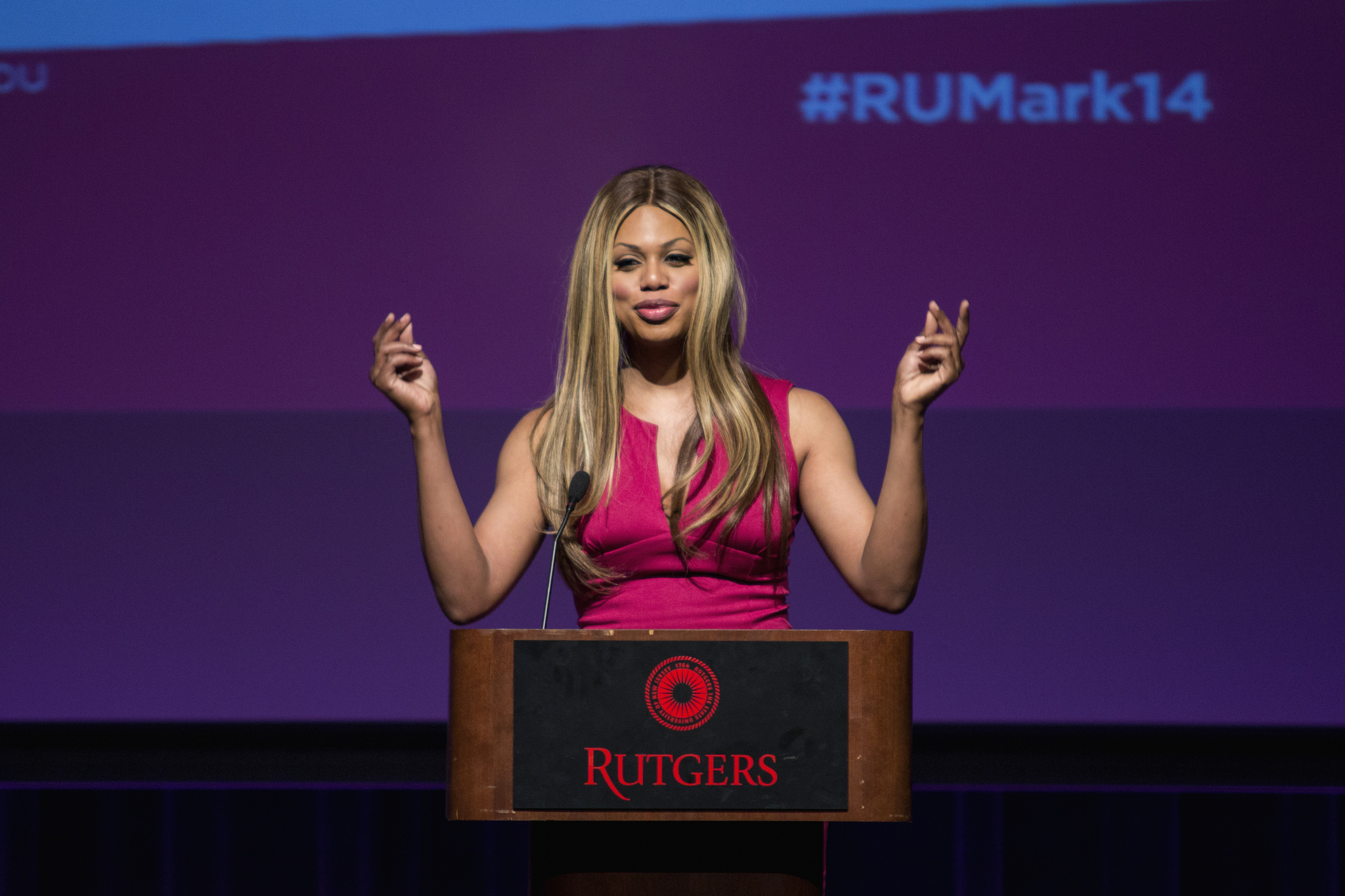 “I think a lot of the time when trans individuals are fighting depression, they’re fighting with thoughts of suicide, it’s because they feel alone, they feel like there’s not someone there who is representing them,” Kaplan said. “With this increased media coverage, any trans individual out there has the opportunity to see someone, even if they don’t know them in their own personal life, who identifies as they do and see someone and feel like they’re no longer alone.”

The face of the revolution, by stereotypical beauty standards, is a gorgeous one. Jenner has millions of dollars and an army of stylists at her disposal that can help her live up to society’s opinion of what a woman should look like, a privilege the entire community does not share. She has talked about wanting to normalize being transgender by projecting a good image, but when Time Magazine asked her what a good image was Jenner replied in part, “If you look like a man in a dress, it makes people uncomfortable.” She drew criticism for the remark and later apologized, but Pride for Youth assistant director Tawni Engle warns against allowing Jenner and the media to set standards on how trans people should look.

“What that message sends to the trans community is that when you act more as the gender you identify as, that’s more validating. Because we get so fixated on appearances what that unfortunately translates into the trans community is, ‘I need to strive for that,’” Engle said. “It’s not always the most realistic thing, especially if you don’t have the financial means.”

And though the conversations are happening, action has faltered. The day before the Supreme Court ruled gay marriage legal, a bill called the Gender Expression Non-Discrimination Act (GENDA) which would prevent people from harassing or discriminating against others on the basis of gender identity, transgender status and gender dysphoria as they try to obtain housing, employment, education, public accommodations and credit failed for the eighth straight year in New York State.

Nationwide, the debate over whether or not to allow transgender people to use the bathrooms that correspond to their gender identity, rather than their anatomy, is heating up. South Dakota Governor Dennis Daugaard has until March 1 to sign a bill passed by the state legislature that would require public school students to use restrooms that correspond to “a person’s chromosomes and anatomy as identified at birth.” Proponents have called it necessary for privacy, but transgender students, their parents and Cox have widely criticized the law as discriminatory.

Suffolk County and New York City specifically mention “gender identity” in their anti-bias laws, but Nassau County is the largest county in the state to not forbid discrimination based on gender identity. North Hempstead added protection to transgender people under the town’s workplace bias law in June. 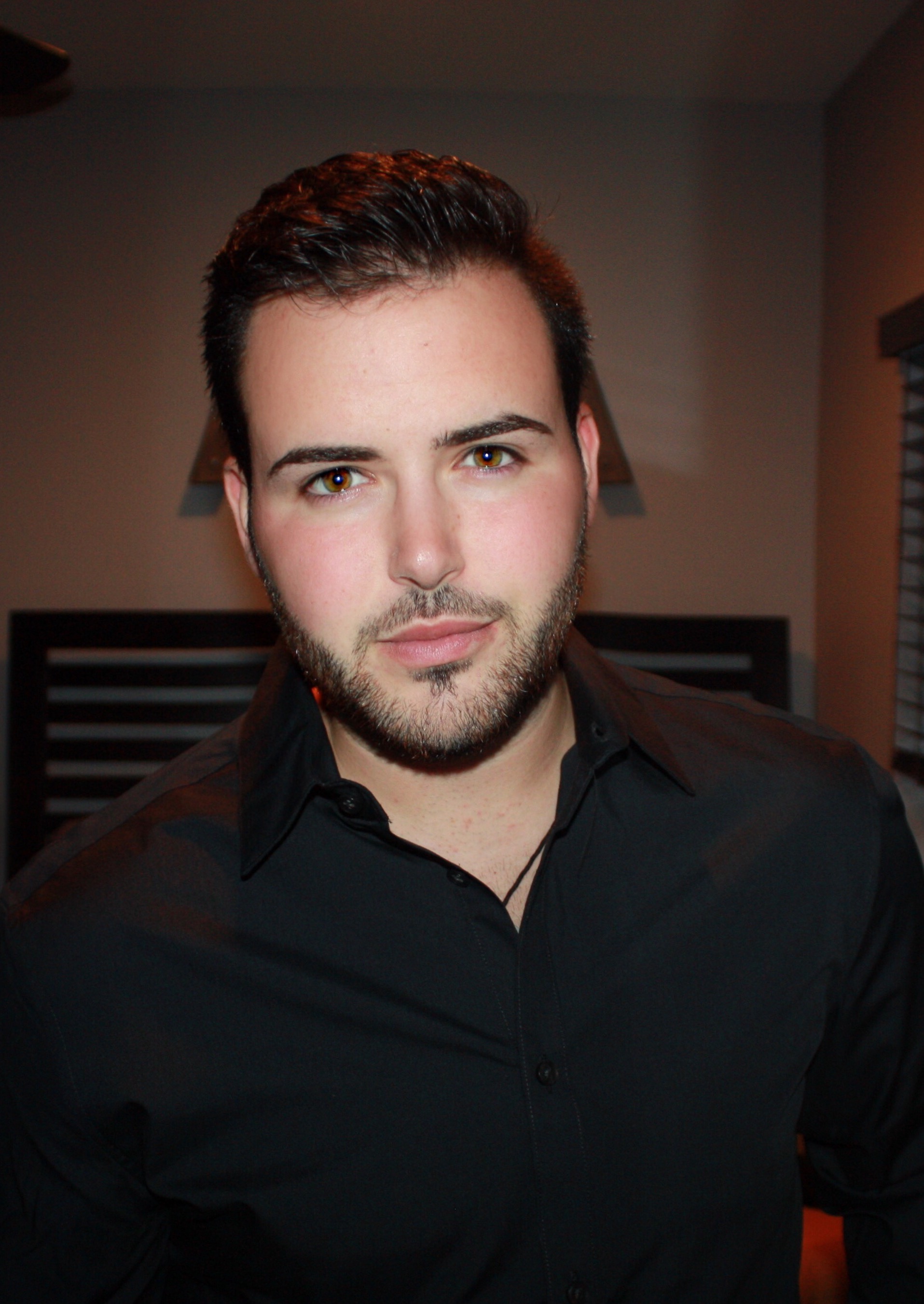 “When I do training people are very taken aback by the fact that those things are not in place for the transgender community,” Engle said.

Simply changing a name on an identification card can be an expensive task. A name change fee in Suffolk and Nassau County is $210, compared to $65 in New York City. In Nassau, the petitioner must notify the U.S. Department of Homeland Security Bureau of Citizenship and Immigration Services at least 30 days prior to filing the name change petition. If someone runs into legal problems and has to hire a lawyer, those fees add up as well, and in New York gender changes require a signed letter from a physician, psychologist or psychiatrist verifying the applicant’s gender identity. The process can be daunting, the toll emotional.

“People don’t realize how serious it is for the trans community because it’s a documentation we’re asked for very often, a documentation that has the ability to make us very uncomfortable with our identities,” Kaplan said. “If you can’t afford [going to court and in some cases a lawyer] that has an impact on your ability to be perceived the way you want to be.”

What will it take to move transgender issues from dinner table discussions to meaningful legal change and widespread acceptance?

To get accurate research, there needs to be data, which can be tough to get when many legal forms still ask people to check off “male” or “female” for gender and individuals are afraid to come forward for fear of losing their jobs, housing and even lives. 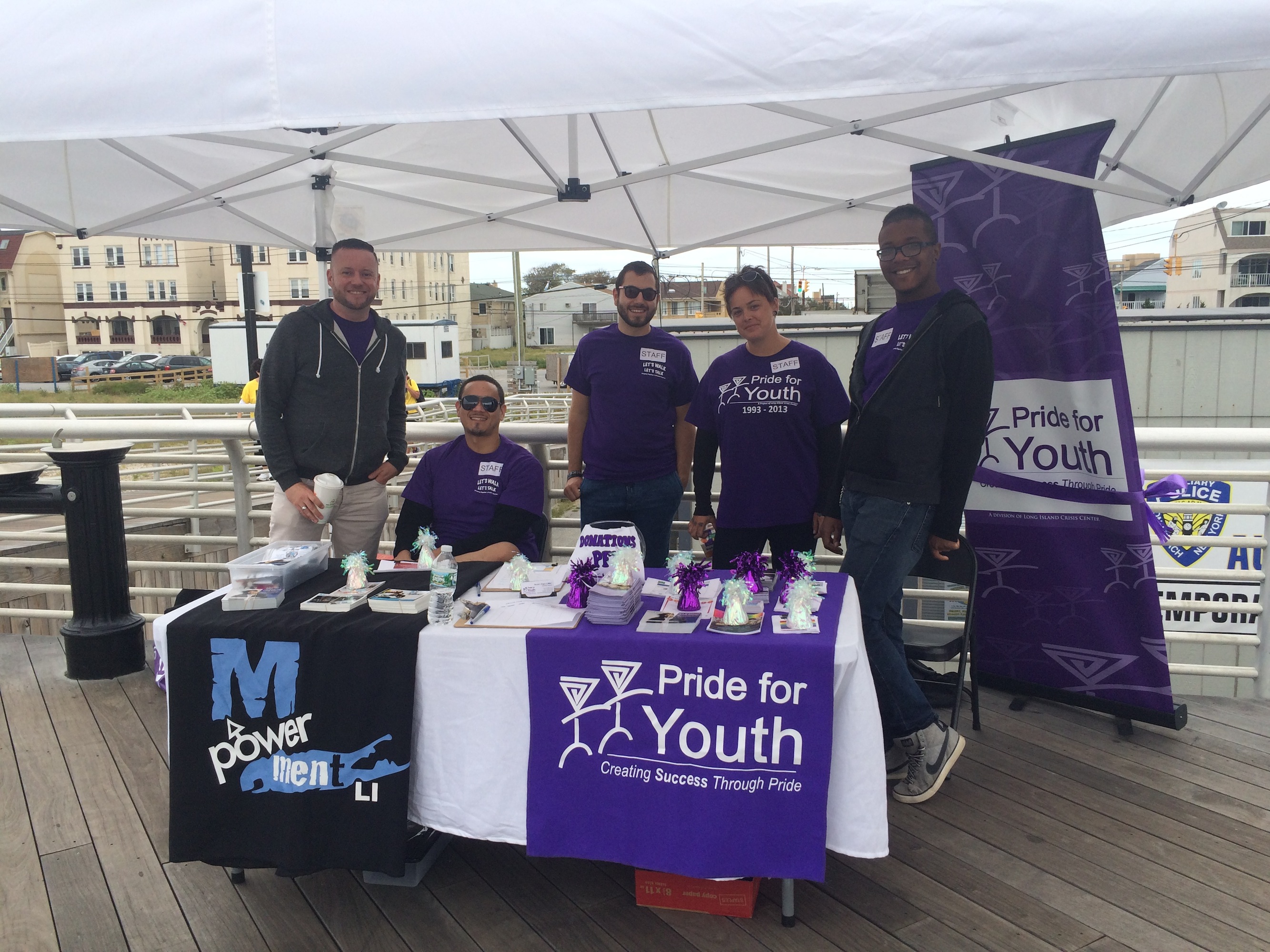 Pride for Youth has seen an uptick in requests for educational sessions from Long Island schools.

More awareness is still needed, but Engle sees the tides shifting. In the fall, she noticed a major uptick in requests from Long Island school districts, including Levittown, asking for education about transgender needs.

“I definitely see school districts are responding to that and they’re saying, ‘we need this education because obviously the community is here,’ and that’s a good thing,” Engle said.

The spotlight is shining a little more brightly on the transgender community, and Kaplan intends to continue to seize the moment.

“Even without the laws being there we run into people in our daily lives who can make us feel invalidated,” he said. “I think if we talk about this community more often and create an understanding that isn’t there right now, that will allow people to have less difficulty in their day-to-day lives interacting with people because of their gender identity. What’s most important to me is creating the acceptance that we need for people to be able to be themselves within our society.”