After months of anticipation Oyster Bay Brewing Co.’s new tasting room is officially open. The new location on Audrey Avenue is just around the corner from the old one but it’s bigger by almost 5,000 square feet, allowing the brewery to offer more of their popular craft beers.

Co-owners Gabe Haim and Ryan Schlotter started Oyster Bay Brewing back in 2012, opening in a small, hard to find building on South Street with a view of the Oyster Bay Town Hall parking lot. That location had just enough room for a hand-built tasting bar, a half dozen 3-barrel fermenting tanks and a 3-barrel brewing system. It was a space that served them well as they grew their reputation until they were just too popular and the location was no longer big enough. 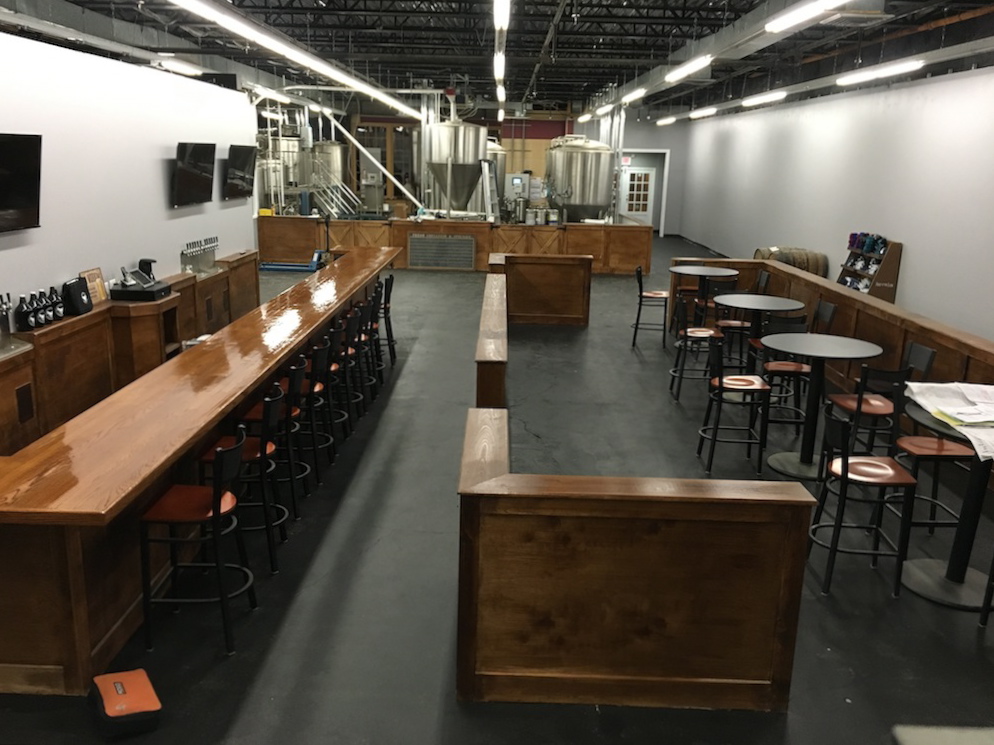 “We couldn’t make enough beer,” Haim told Newsday. “Before we even started the week, we’d be out of stock.”

Not a terrible problem to have. After remaining closed for most of the fall and winter while the new space underwent renovations, Haim and Schlotter opened Oyster Bay Brewing Co.’s tasting room on Feb. 19 with 12 beers on tap. The new 6,000 square-foot space will allow Oyster Bay Brewing to have a brew house capable of making roughly 500 gallons of beer per batch (300 more than its old equipment). While there isn’t yet food available, Haim and Schlotter encourage patrons to order take-out from local restaurants to bring into the taproom, and they are working on partnering with a bakery to offer popcorn and soft-baked pretzels. During the summer they will offer cans of beer as well.

The only thing left to decide is which brew is your favorite.