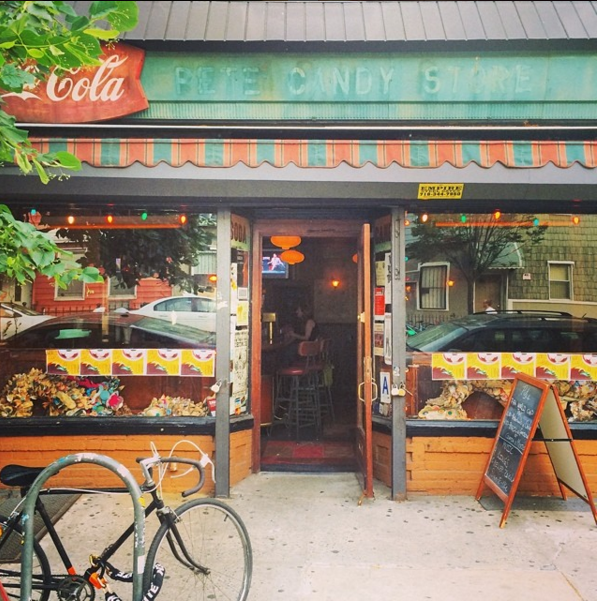 I first found myself in Pete’s Candy Store back in the late 90s. Sonic Youth was playing an afternoon gig in nearby McCarren Park, and a few of us stumbled in to pregame. There was an open mic happening that afternoon (as there still is every Sunday). Pete’s was humming after the SY gig as we stumbled back in, and before too long, my friends and I realized we’d be calling cabs.

As the shimmering guitar glory of Lee and Thurston rattled in our heads, and elegiac, lust thrown visions of Kim Gordon’s twirling dress filled the holes in daydream, we were suddenly very much at home in Pete’s. We drank, laughed, hooted, hollered and clapped like mad for the vast array of singer songwriter cats who gave it their all that evening. Time slipped away. The setting sun cast long shadows across the cityscape outside. We could hear two yahoos down the street, arguing over nothing with undue passion. It was (and remains) snapshot of existential perfection. 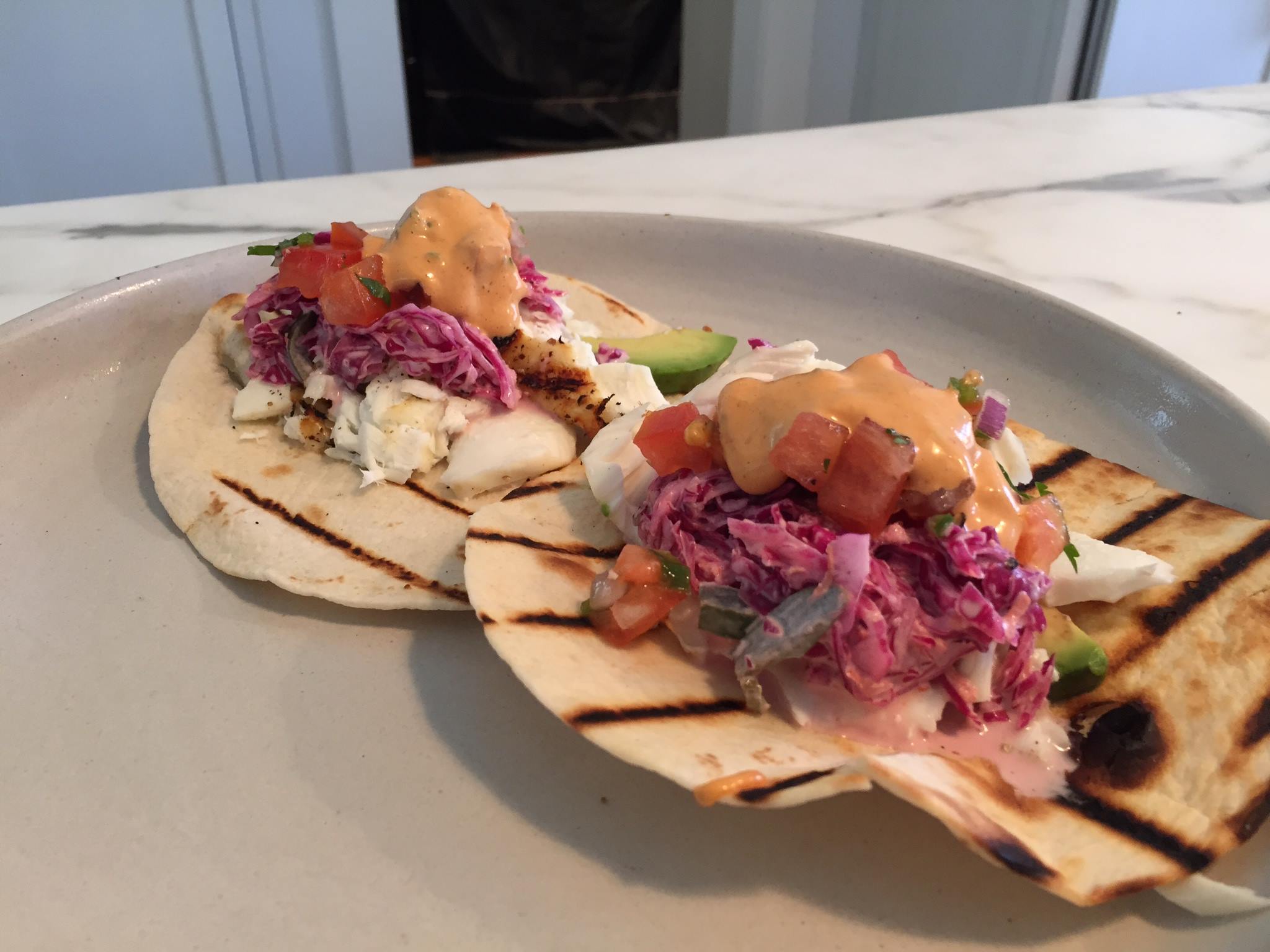 That’s all a little heady, but Pete’s doesn’t have to be. At the core, it’s a simple, cozy little joint with a lot of flavor, which makes its way onto the food and beverage menu that they’ve developed nicely over time. Although I stuck to a cold can of Pabst (when in Brooklyn…), the specialty cocktail menu features some eclectic concoctions (the Rambling Red with Tito’s and Chambord or the Yucatango with Vida Mezcal), and the sandwich board is simple but hearty and comforting (old school Meatball Sub, fresh Mozzarella with basil or Classic Grilled Cheese).

So… all these years later, I find myself curled in the corner of Pete’s again, having a Patti Smith moment. The red vinyl bar stools, the kitschy signage, the exposed brick, the dank, dark wood–all swathing me in that old, yet familiar comfort zone. As I spiral deeper into the languid love and longing of Murakami’s “Norwegian Wood,” I am transported once again–two ninths Sartre and four thirds Kundera–and the muse begins to whisper to me.

I could be killing time and nursing a beer in any small joint in any city from my traveled past: Paris, Amsterdam, Dublin, London… but in truth, I’m only a few blocks from the BQE. As the rain blows sideways across the front windows facing Lorimer Street, it brings me back to that afternoon with the mighty Sonic. Amid the sheets of teeming rain and the crystalline memories, a new word sculpture comes fast and clear:

wobbled in sunshine
when you live upstairs from a Brooklyn bar
you pray for violence at night
drama, some scene worth shouting at from above
like a director or a game show host
you drink out loud during the day
surfing the Sonic in an empty pool
with 10,000 hipsters, pretty girls in funky clothes
the sun makes its way thru the cracks in the bricks
invoking all the great boozers who boozed ahead of you…
bukowski & burroughs,
thomas & yeats,
the ramones & richard manuel
and sometimes you find yourself wobbled in sunshine
missing your keys, two thirds of just as well
even better and beyond
it just is what it is…