Americana band The Amigos was formed in 2011 by accordionist/keyboardist Sam Reider and guitarist Justin Poindexter. Their last album Diner in the Sky (which included former Amigo Eddie Barbash, who’s now in the house band for The Late Show with Stephen Colbert) recently won Best Americana Album at the 15th Independent Music Awards.

Heavily influenced by American roots music (The Band, The Flying Burrito Brothers, Lead Belly) the NYC-based band (which also includes bassist Noah Garabedian and drummer Will Clark) decided to change its name to Silver City Bound. Celebrate their new name and the release of their new album, Take My Picture, by heading to Silver City Bound’s CD release party on Friday, March 4 at Barbes in Brooklyn.

Reider discussed the reason behind their name change, the new album and what to expect at the release party.

Long Island Pulse: Why did you decide to change your name to Silver City Bound from The Amigos?
Sam Reider: The name Silver City Bound is borrowed from one of our favorite Lead Belly songs. We decided to change the name of the band to better embody the spirit of the great American roots musicians who inspire us. We like how the words imply movement—this is a band that loves to hit the road, our music is always changing and evolving and we like to take our audiences on a journey with us.

Pulse: How has your sound changed from that of The Amigos?
Reider: We are still very much an Americana band. Part of our impetus for changing the name to Silver City Bound was to better embrace that identity and reach a wider Americana audience. The sound of the new EP, Take My Picture, is slightly more electric than what we did on our last album, Diner In The Sky. However, you’ll hear the same folk and roots influences, and in our live shows, we always try to present both the folk and acoustic music alongside the rock and roll. For us, it’s two sides of the same coin. 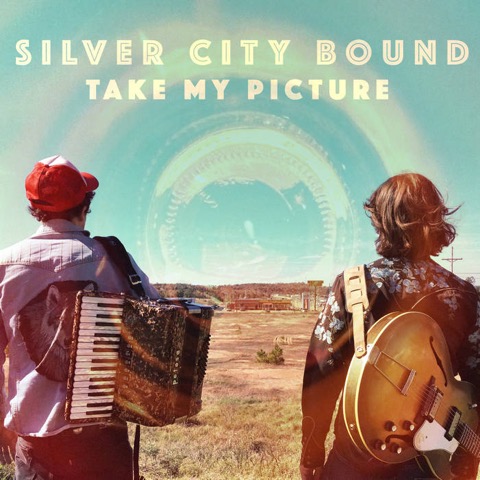 Pulse: What inspired the songs on the new album?
Reider: The latest EP is self-produced with help from a close friend and super talented musician/engineer Sam Owens. In writing and recording these songs, we were definitely pretty inspired by Tom Petty, the Rolling Stones and the Flying Burrito Brothers. There’s also a trace of zydeco on some of the tracks. We try to write music that tells a real story and at the same time makes people want to party.

Pulse: Explain the meaning behind the title track, “Take My Picture.”
Reider: The song is for everyone that has ever stood on a stage while those jerks in the back get drunk, yell at you and don’t leave a tip. This song is for anyone that has ever fallen in love with that fantasy person who’s always just out of reach. This is an anthem and a love song. If you like it, ‘take a little piece of me and give it to someone you love.’

Pulse: What can we expect to hear at the CD release show on March 4th at Barbes in Brooklyn?
Reider: We’ll be playing all the new material from Take My Picture and also covering a lot of the music from our last album, Diner In The Sky. We’ll also have some very talented special guest musicians from the New York jazz and folk music communities joining us. There is no cover, only a suggested donation. We will be selling physical copies of the CD for $10.