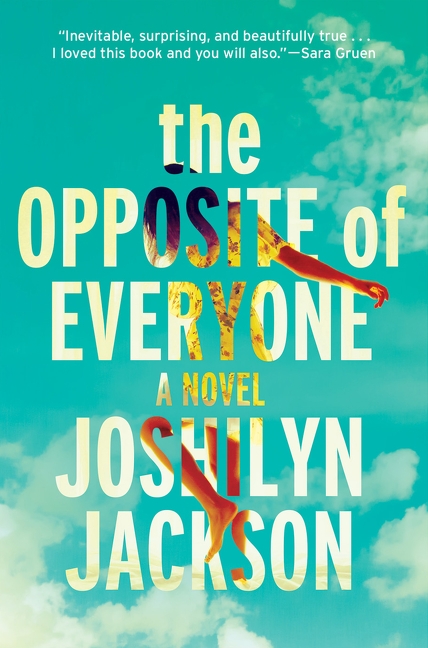 You’ve always marched to the beat of a different drummer.

When your friends wanted to do one thing, you were the lone voice of dissent. You rocked your own fashion, hair color, and make-up, never kowtowing to the crowd or following anyone else. But as in the new book The Opposite of Everyone by Joshilyn Jackson, you were never really alone.

Every month, Paula Vauss sent money to one of a series of P.O. Boxes. Every month, the check was cashed, so she knew her mother was alive, although Paula hadn’t seen Kai in years.

That wasn’t on purpose; Kai never stayed in one place for long, and she told Paula more than once that she didn’t need visitors. So when the last check was returned, uncashed, Paula figured it was just another of her unconventional mother’s quirks.

For the first 10 years of Paula’s life, it had mostly been just the two of them. They’d moved a lot then, to a series of houses, often with a series of boyfriends, none of whom lasted more than a year. What was constant, though, were Kai’s bedtime stories of Kali the goddess, Ganesh, and Hanuman. They were heroes to Paula then. She remembered every tale, word-for-word.

But when the adolescent Paula did something that still hurt to think about and Kai went to jail, everything changed between them. Kai wasn’t like her old self, and she never looked at Paula again. Paula wanted a normal life, which she realized she wouldn’t get from her mother. She escaped from Kai’s house as soon as she could.

Now she was everything her mother wasn’t, complete with a law degree, a great job, a fancy condo, and an alcoholic private-eye ex-lover-slash-coworker.

And then she saw the note.

Though Kai had written on the back of the check that she had cancer and her time was short, the story, she said, wasn’t done. It ended with Paula, she wrote, which made no sense – except that Paula knew her mother, and Kai held a few more surprises….

One of them, in a way, was this book.

I initially thought that The Opposite of Everyone was a mystery. It had all the elements: a hard-driven, sass-talking lawyer; a hard-drinking PI; and a hard-living past for one of the characters who had secrets.

Ah, but no, author Joshilyn Jackson didn’t make a whodunit here. We know exactly who dun it, why, and how it resonated throughout the years, which is the roundabout basis for a multi-level of story-threads and character flaws. On that note, Jackson’s heroine isn’t always heroic, but she’s smart enough to be reflective and self-aware without navel-gazing, a propensity which directly allows Jackson to give this book a shimmering ending that’s as perfect as its middle.

Your book group has been looking for a book exactly like this: something that’s realistic and spunky with a light dab of nasty and a plot-strand that’ll keep you tied fast to the story. For that, The Opposite of Everyone can’t be beat.