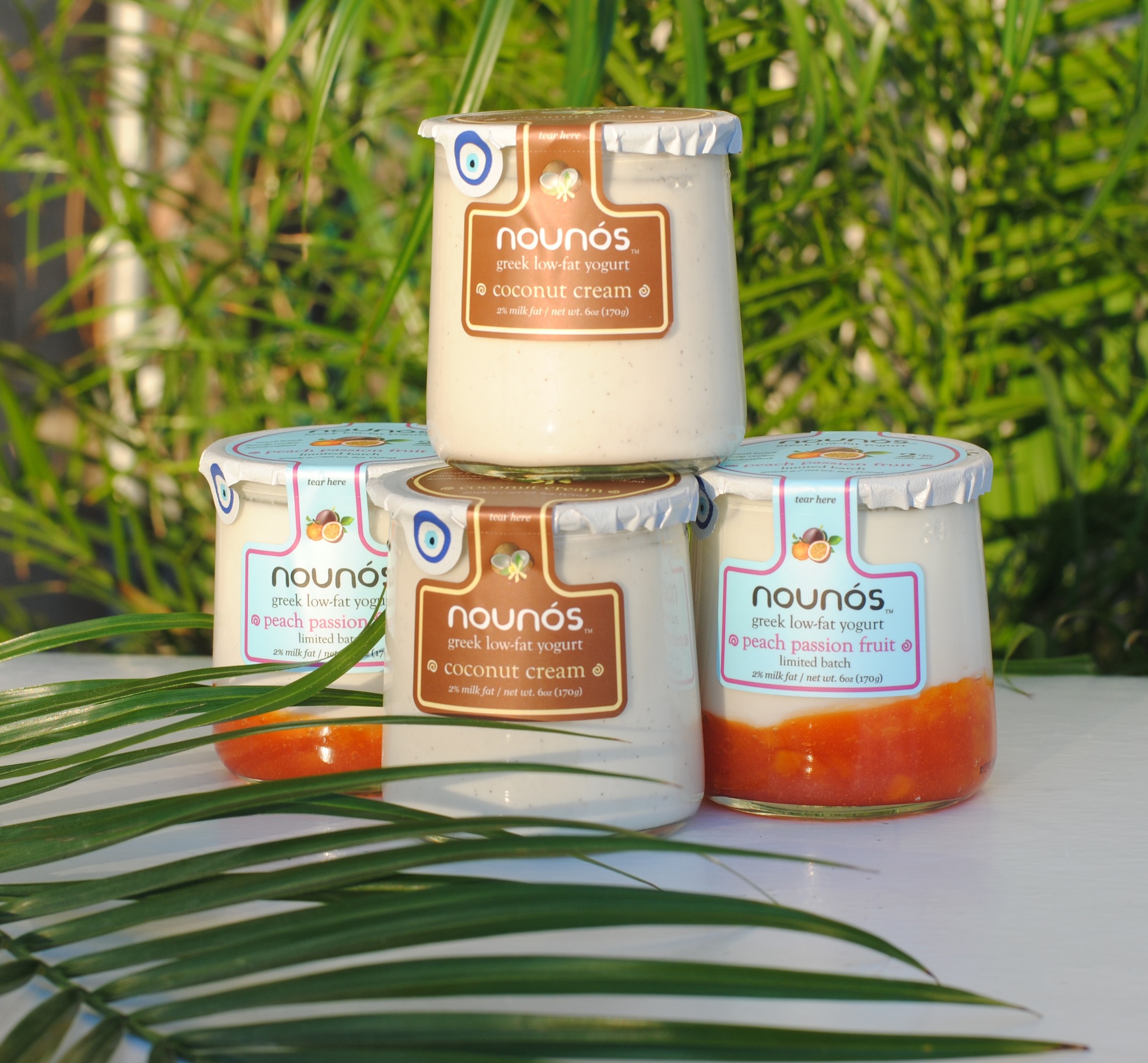 A taste of spring and summer. image: nounos

If Zeus was swooning when Nounós, the Babylon-based Greek Yogurt company that makes thick, creamy yogurt by straining it by hand, launched in September 2014, he might want to sit down. This week, Nounós released two new seasonal flavors for spring/summer 2016: coconut cream and peach passion fruit.

You’ll likely get addicted from the first delicious bite, and you’ll be able to enjoy it throughout the summer. The coconut cream blends coconut and vanilla bean flavors with Nounós’ homemade yogurt inspired by old family recipes that originated in Sparta, and the Peach Passion Fruit is fruit-on-the-bottom with actual chunks of peach.

“[The peaches] give the yogurt a strong, refreshing taste when you first try it but quickly after the passion fruit puree kicks in and leaves a sweet flavor taste in your mouth.” said Steve Ioannou, who co-founded the creamery with godfather John Belesis.

Old family recipes may have been the catalysts for previous flavors, but the newest batches were inspired by the Long Islanders that can’t get enough of the yogurt that comes in a glass jar. As a smaller creamery, with fewer than 10 employees, Nounós sells direct and has personal relationships with dairy managers and buyers. That puts them one step closer to their customers.

“Our delivery truck visits stores all week,” Ioannou said. “It’s wrapped in our logo and our driver is always stopped and given requests by passing customers. We took all this information and developed a new flavor from this.”

Better stock up before Zeus comes down to Earth to swoop some for himself.