From Hewlett to the Hamptons, Long Island women have helped shape the world of television, music, sports, human rights and more, making us proud in the process. In honor of Women’s History Month, celebrate these famous Long Island women who made history. 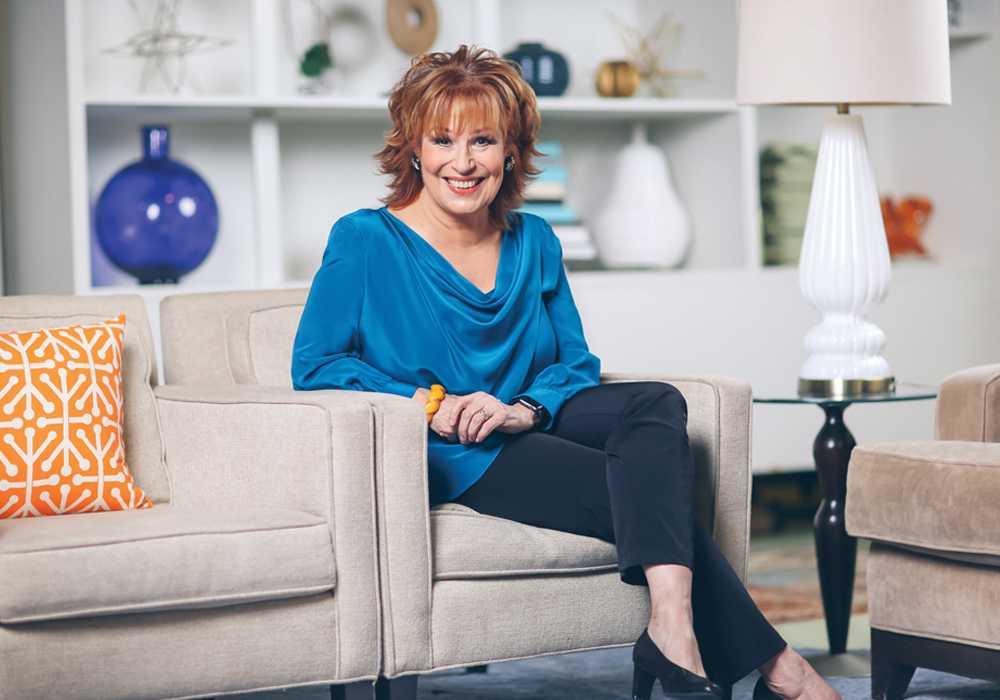 Joy Behar’s razor-sharp view is pointed in many different directions. She’s got her eye on politics, child obesity, minimum wage and media. And of course, she’s got her pick for a presidential frontrunner. image: roberto chamorro

Brooklyn-born Joy Behar earned a master’s in English education from Stony Brook University and taught English at Lindenhurst Senior High School in the early 1970s. Today, she’s a co-host on the long-running talk show The View, the host of Late Night Joy and was featured in Pulse’s March issue.

Born in Huntington, Mariah Carey went on to become one of the best-selling artists of all time. The Harborfield High School graduate with a famed five-octave vocal range has sold more than 200 million records worldwide, has more No. 1 singles to her name than any other solo artist (18) and is the proud owner of five Grammy’s. Oh, and she pretty much owns Christmas.

The 4-foot Eaton, who grew up on the South Shore and graduated from Hofstra University, became the first female dwarf to fill a regular role on an American prime time series when she was cast as Emily Resnick on Family Law in 1999.

Everyone knows Edie Falco as Diane Whittlesey (Oz), Carmella Soprano (The Sopranos) and Nurse Jackie (Nurse Jackie), but Northport residents gave her one of her first standing ovations when she played Eliza Doolittle in My Fair Lady as a senior at Northport High School. Falco, who also called Hicksville, Babylon and West Islip home during her childhood, is one of two actresses to win an Emmy for Best Actress in a Drama (Sopranos) and Best Actress in a Comedy (Nurse Jackie) (Carroll O’Connor was the first). These days, you can catch her as Sylvia in Louis C.K.’s web series Horace and Pete.

You know how at 17 you spent your days skipping school to go to the mall and eat pizza? Debbie Gibson didn’t. In 1988, the Merrick native became the youngest female artist to write, produce and sing a No. 1 single when “Foolish Beat” hit the top spot on the Billboard 100 chart. You may have seen her recently on The Celebrity Apprentice, in the 2012 film Rock of Ages and in the 2015 UP TV movie Music in Me.

An award-winning writer, Doris Kearns Goodwin was born in Brooklyn and raised in Rockville Center. She became the first female journalist to enter the Boston Red Sox locker room, won a Pulitzer for No Ordinary Time: Franklin and Eleanor Roosevelt: The Home Front in World War II and worked on domestic anti-poverty efforts as part of Lyndon B. Johnson’s White House staff. After Johnson left office, Goodwin taught at a little school called Harvard for a decade.

Your 20-something cousin probably watched Melissa Joan Hart as the titular character Sabrina in Sabrina the Teenage Witch every Friday night, which aired as part of ABC’s TGIF lineup that millennials get wistful talking about. The former child star grew up in a Long Island town near you: Smithtown, and her father and sister still breed oysters in West Sayville.

Every four years, women’s figure skating captivates the nation during the Winter Olympics. In 2002, Sarah Hughes, then a 16-year-old from Great Neck, entered the long program in fourth and delivered the skate of her life, upsetting Michelle Kwan of the United States and Irina Slutskaya of Russia to claim Olympic gold. Hughes is the only American woman to win an Olympic title without ever winning a World or U.S. senior national championship. Great Neck gave its golden girl a hero’s welcome and honored her with a parade when she returned from Salt Lake City. 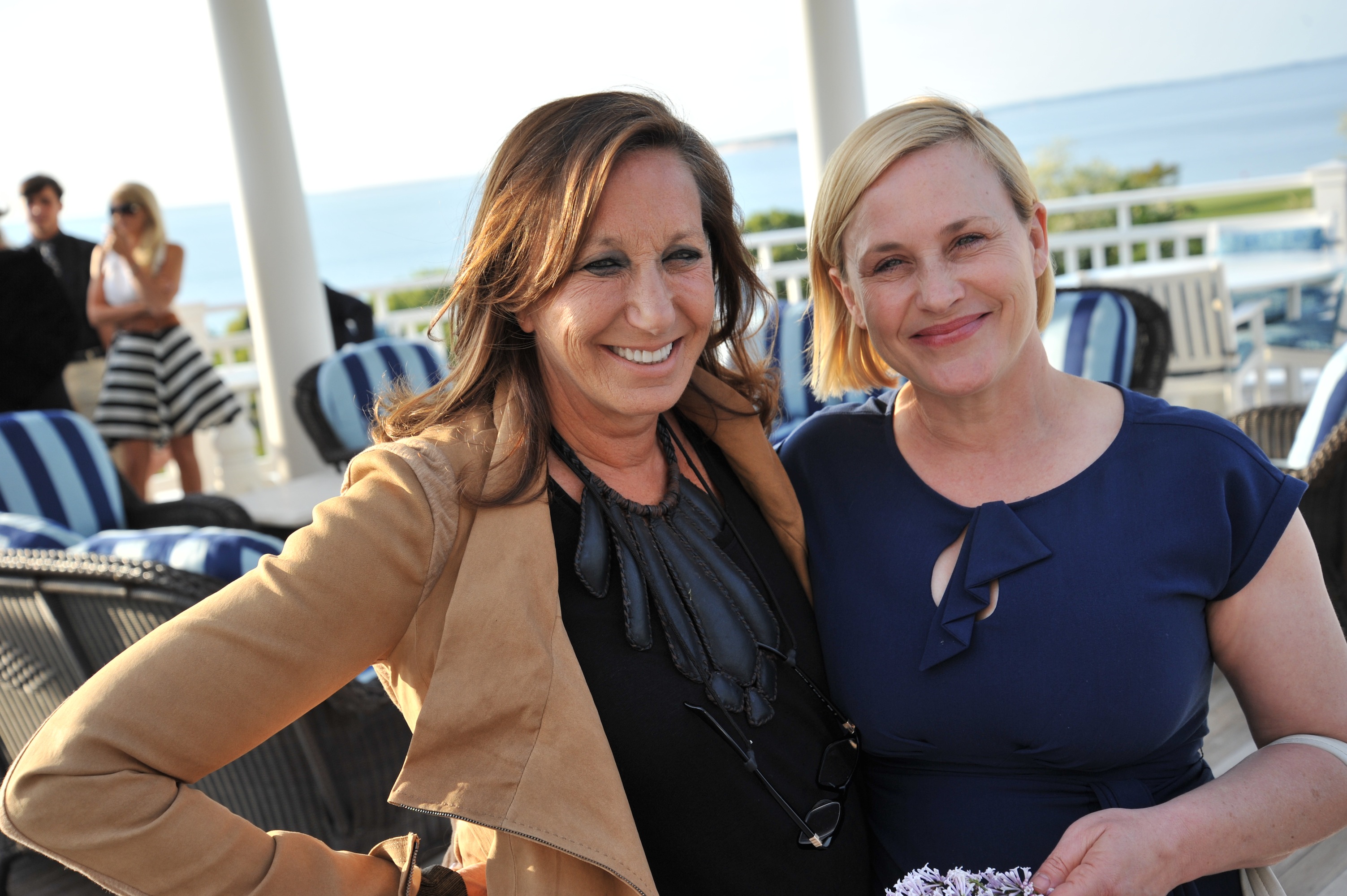 A graduate of Hewlett High School, Donna Karan is a fashion designer best known for her Donna Karan New York and DKNY brand clothes. In 1998, she co-founded the world’s ultimate tag sale, Super Saturday, with former Harper’s Bazaar editor Liz Tilberis to benefit the Ovarian Cancer Research Fund and celebs still flock to the Hamptons to get some of the best bargains on designer duds each year. She also founded Urban Zen, a lifestyle brand, with brick-and-mortar shops in New York City, Sag Harbor and Aspen. 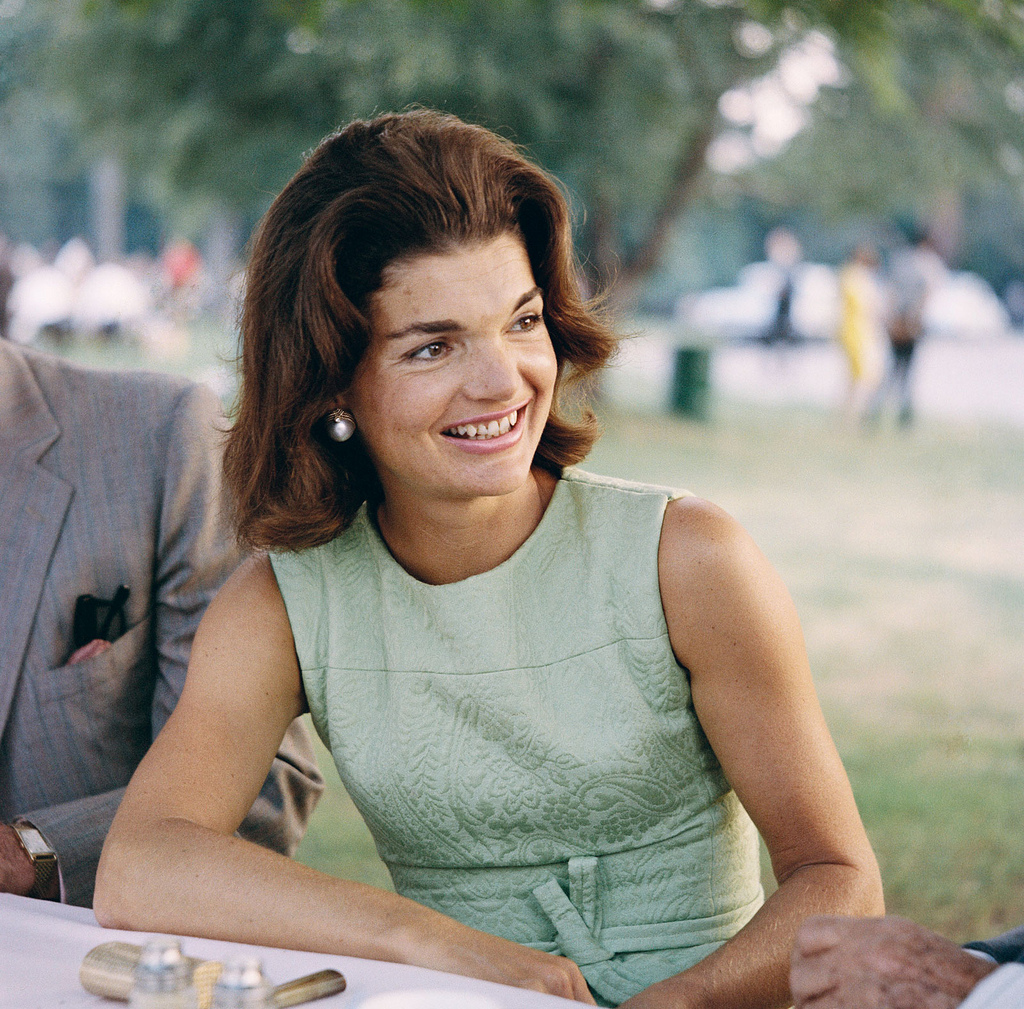 Style icon and former First Lady Jacqueline Kennedy Onassis was born in Southampton in 1929 and spent much of her childhood in Manhattan and East Hampton. Jackie O defined jet-set style, and you can think of her every time you put on her signature oversized, round sunglasses (now affectionately known as Jackie Os) that hide your tired eyes as you board a red-eye flight or simply brave the supermarket after having a little too much fun the night before. 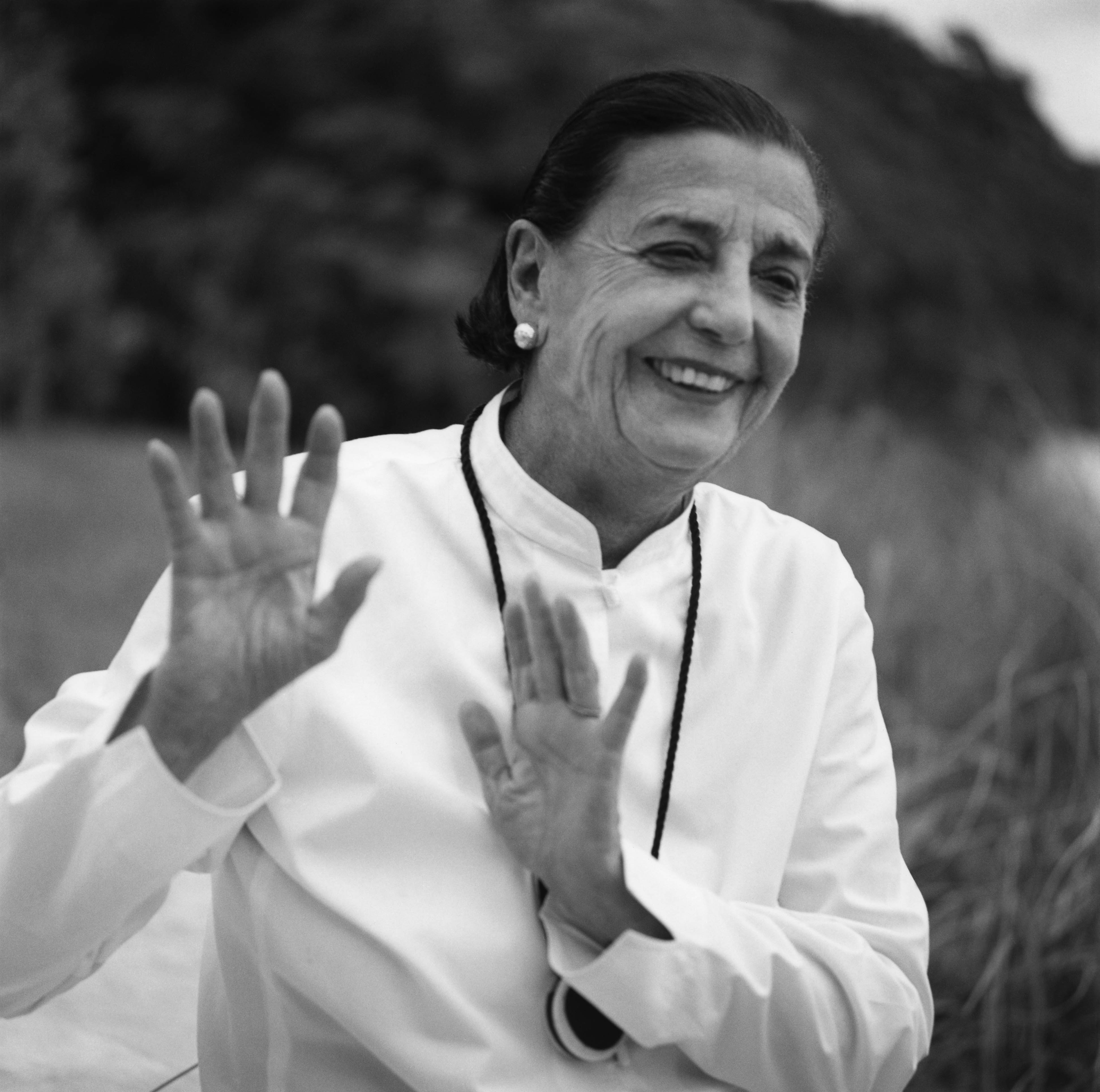 Her footprints are all over the shoe industry, but Beth Levine’s roots are in Patchogue, where she grew up on a small farm. You can thank Levine for those fashionable, functional leather boots you wore all winter. Nancy Sinatra famously rocked a pair of Levine-designed boots while promoting “These Boots Are Made for Walkin’,” and the boots were such a sensation in their own right that Saks Fifth Avenue launched a special section in its shoe department for Levine’s designs and named it “Beth’s Bootery.” First Ladies Jacqueline Kennedy, Pat Nixon and Lady Bird Johnson coveted her shoes for their comfort and style, and today Christian Louboutin collects them.

Lori Loughlin will always lovingly be known to the world as Aunt Becky, the sane voice in a house full of goofy men and adorable little girls on Full House, but Long Islanders are proud to call her their own. Before getting paid to flirt with Uncle Jesse/John Stamos, Loughlin was born in Oceanside and moved to Hauppauge, where she attended Hauppauge High School. She has reprised her role as Aunt Becky on Netflix’s Fuller House.

Though she was frequently hailed as Daytime’s Leading Lady for her portrayal of Erica Kane on All My Children, Garden City High School graduate Susan Lucci was always the bridesmaid, never the bride every time the Daytime Emmy’s rolled around. Then, in 1999 after 18 fruitless Best Lead Actress in a Drama Series, nominations, presenter Shemar Moore opened the envelope and shouted, “The streak is over Susan Lucci,” and even fellow Long Islander Rosie O’Donnell began to bawl without shame. (Sidenote: can you believe after all those years of waiting they told her to wrap it up? The crowd couldn’t either. Scroll to 5:18 in the video.)

Whether it’s the Broadway stage or the small screen, Northport native Patti LuPone has made a career out of wowing critics. She’s won Tony Awards for her roles in Evita (1979) and Gypsy (2008), two Grammys for Rise and Fall of the City of Mahagonny and has twice been nominated for an Emmy. LuPone also played Fantine in the original London cast of Les Misérables.

As a teenager, Joy Mangano worked at an animal hospital in Huntington and invented a fluorescent flea collar to keep pets safe. Another company released it the next year, but Mangano, who was born in East Meadow, has put a stamp on the world since with inventions such as the self-wringing Miracle Mop. And Jennifer Lawrence grabbed her third Golden Globe in four years for her portrayal of Mangano in Joy, so that pretty much seals her spot on this list.

Before Idina Menzel took the Broadway world by storm, she grew up about 90 minutes East of Broadway in Syosset. The daughter of a therapist and pajama salesman, Menzel, who dropped the “t” in her last name so people could pronounce it more easily, worked her way through New York University’s Tisch School of the Arts by performing on the local wedding and bar mitzvah circuit. It’s safe to say it’s paid off. She made her Broadway debut as the flirtatious Maureen in Rent, earned a Tony for her role as Elphaba in Wicked, scored a reoccurring spot on Glee and was the voice of Queen Elsa in the 2013 Disney mega-hit Frozen. Next time your best friend’s kid makes you watch Frozen three times during your girls’ night in, beam with pride because that’s a Long Island girl belting out “Let It Go.”

Commack’s own Rosie O’Donnell is best known for her stand-up comedy, her TV talk show and her time on The View (when she famously went toe-to-toe with Donald Trump before doing so was a thing). She’s a funny lady who isn’t shy about sharing her opinions, but perhaps her greatest role has been helping to bring awareness to LGBT issues. When O’Donnell came out in 2002 she said she did it in part to bring attention to gay adoption issues. In 2004, she married Kelli Carpenter in San Francisco after Mayor Gavin Newsom authorized granting marriage licenses to same-sex couples. 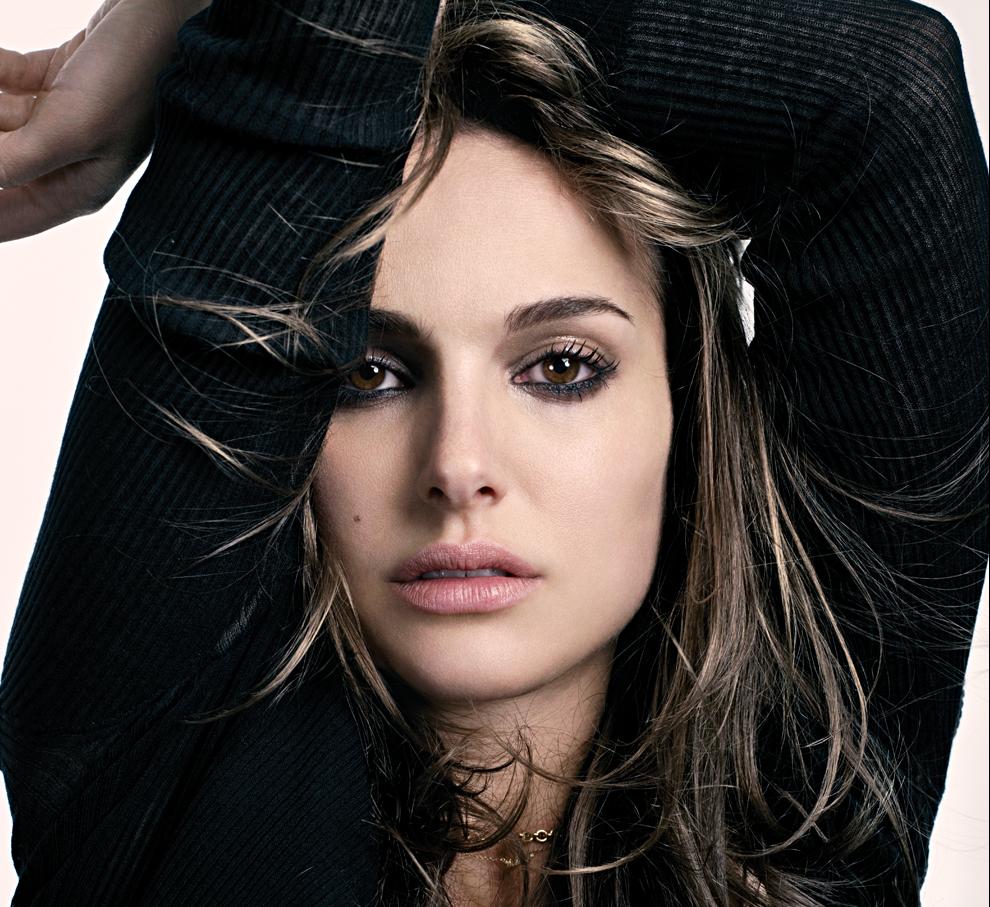 Though born in Jerusalem, Natalie Portman was raised in Jericho and holds dual American and Israeli citizenship. Portman won an Oscar for her portrayal of Nina, a committed dancer who feels so much pressure her life turns into a living nightmare, in Black Swan and Star Wars fans remember her as Padme Amidala, the mother of Luke Skywalker and Princess Leia.

Like Falco, Jamie-Lynn Sigler played a Jersey girl on acclaimed show The Sopranos, but she’s a Long Islander at heart. Born in Jericho in 1981, the former Meadow Soprano inspired many with her courageous public battle with anorexia and recently revealed she has multiple sclerosis.

Raised in Great Neck as Dawn Spielberg (no relation to Steven Spielberg), Dawn Steel became the first woman to run a major Hollywood motion picture studio when she became president of Columbia Pictures in 1987.

Cold Spring Harbor native Meg Whitman joined eBay when it had 30 employees in 1998 and an estimated revenue of $4 million. She had a rough first day, the site crashed for eight hours, but bounced back in a big way. By the time she left in 2008, eBay had grown to about 15,000 employees and $8 billion in annual revenue. She was inducted into the U.S. Business Hall of Fame in 2008 and is now the president and CEO of Hewlett-Packard.