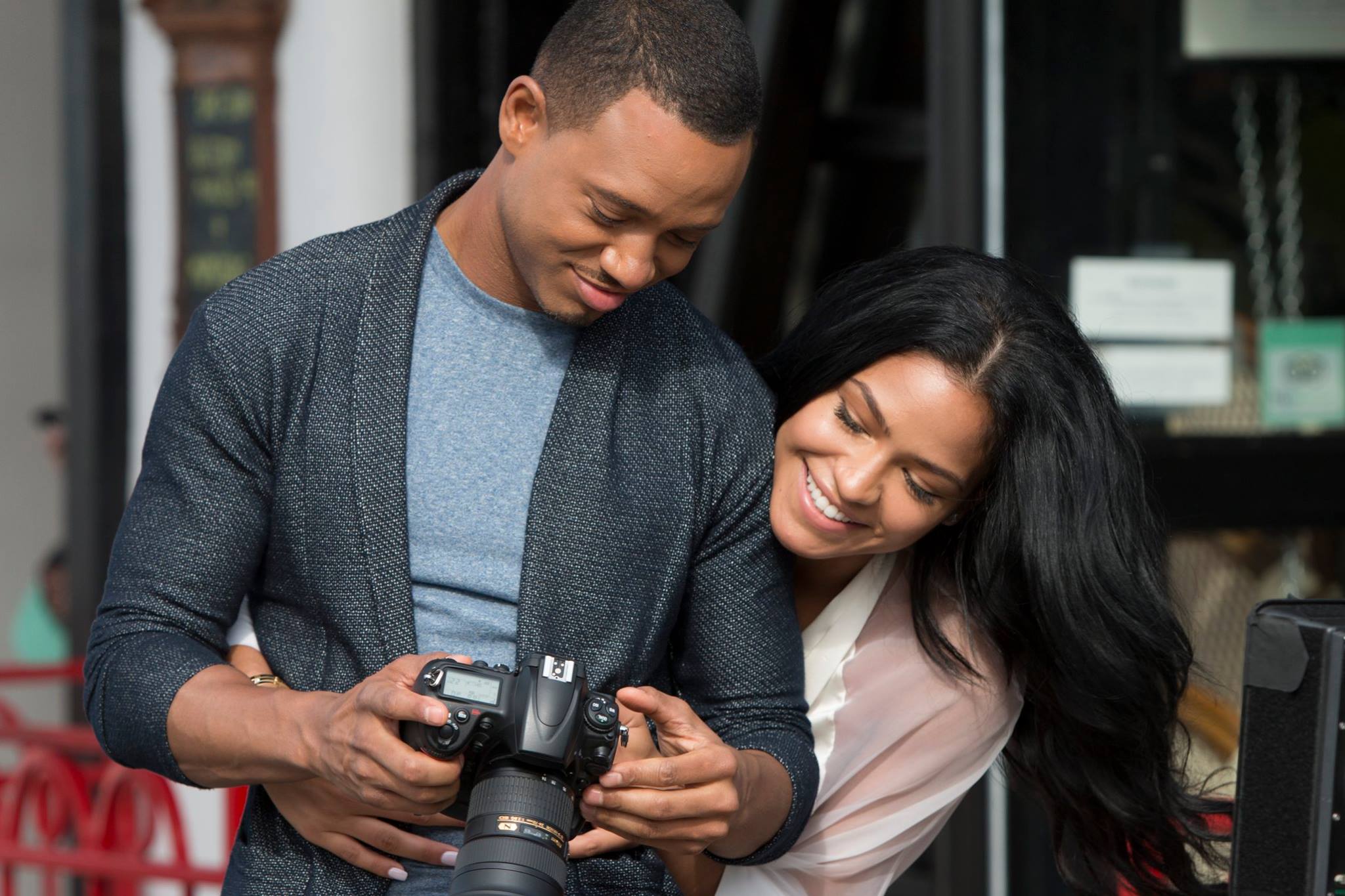 The former E! News host, who left the daily show “to be able to do other things that I’m passionate about,” stars in this month’s The Perfect Match, in which he plays Charlie, a playboy who agrees to commit to a single woman for a month as a bet with his friends.

We chatted with the actor about his first starring role, diversity in Hollywood, what sparked his departure from E! News and more.

Long Island Pulse: How did you land the role of Charlie on The Perfect Match?
Terrence Jenkins: Queen Latifah’s production company, Flavor Unit Entertainment, had a script. It was really good but we did a page one rewrite and just kind of punched it up and I made it closer to home. It turned out really well.

Pulse: This is your first starring role and you obviously have experience in front of the camera as an anchor. Is acting something you can picture yourself doing more of?
Jenkins: Definitely something I want to do for the long run but I eventually want to direct and just produce. I look at careers like Clint Eastwood and Ron Howard and even Ben Affleck and Matt Damon [as inspiration]. So I definitely want to control content but I also like starring in it.

Pulse: The Perfect Match deals with casual sex versus deeper love.
Jenkins: You can say that.

Pulse: How do you feel about that? Do you think that the culture we live in today, with social media and the Internet and a variety of dating apps front and center, has changed the way we see love?
Jenkins: Yeah and that’s a lot of what we explore in this film. We explore the difference between calling somebody and texting them and building meaningful relationships. This character is a freelance photographer and he would literally sleep with women that he took photos of and you watch him grow when he enters into a meaningful relationship and when he gets his heart broken for the first time. You watch the transformation of this character.

Pulse: Sort of tackling a similar subject: do you find that the Internet has changed the entertainment industry and how you would do your job as a reporter?
Jenkins: Yeah, no longer do you have to go to an outlet on television to get and consume your content. As a matter of fact, by the time we’re reporting about something at 7 o’clock, you already know what happened so it definitely changes your reporting because now you’re just putting it into context. You’re giving your opinion on it, you’re giving spins on it but you’re not breaking it. News is now broken, for the most part, on the Internet.

Pulse: You recently left E! News. What sparked that decision?
Jenkins: E! News was […] a daily show and it was great, [there was] no issue. It was just…if you look at someone like Ryan Seacrest: he does a seasonal show, American Idol, and so there’s a beginning and an end to the season and that gives you time during the year to do other things that you’re passionate about and that’s really what I wanted, to be able to do other things that I’m passionate about.

Pulse: Was it hard to strike a balance between being friends with celebrities and reporting on them for work?
Jenkins: It was always hard to keep that balance. You want to do your job and not compromise your integrity but I just never wanted to drag anyone under the bus so it was always a challenge. But it was also a gift because people knew they could trust me because I never did that. I never beat people up when they came to visit. If you wanted to really dive into hard-hitting stuff, there’s plenty of places to go for that. If you want to have a good time, promote your product, feel at home and come to a safe zone, you came to me.

You also do a lot of philanthropy work. What’s next for you on that front?
Jenkins: I’m working on a mentorship program because I want to see more minorities in the industry and what we have seen, especially with the Oscars situation, is the lack of diversity and that starts by not complaining but by action. I feel like one of the ways [to make a change is for] any of us that are in the industry and working to use our knowledge and our skillset to give back as much as we can to the next generation so that they can have opportunities and provide as much insight so that they can move up the chain and become the executives to change the hiring practices and make it a triple effect.