Selection Sunday has come and gone, and this week 68 teams will begin their quests to be crowned college basketball’s national champions. Just because you haven’t sunk a layup in decades, filling out your bracket based on team colors and graduated from a school whose college basketball team finished 12 games under .500 doesn’t mean you should get left out of the excitement of March Madness. Pull up a stool at your neighborhood watering hole, order some wings and go crazy as you watch this year’s Cinderella teams shock the world and bust your office sports nerds’ brackets. 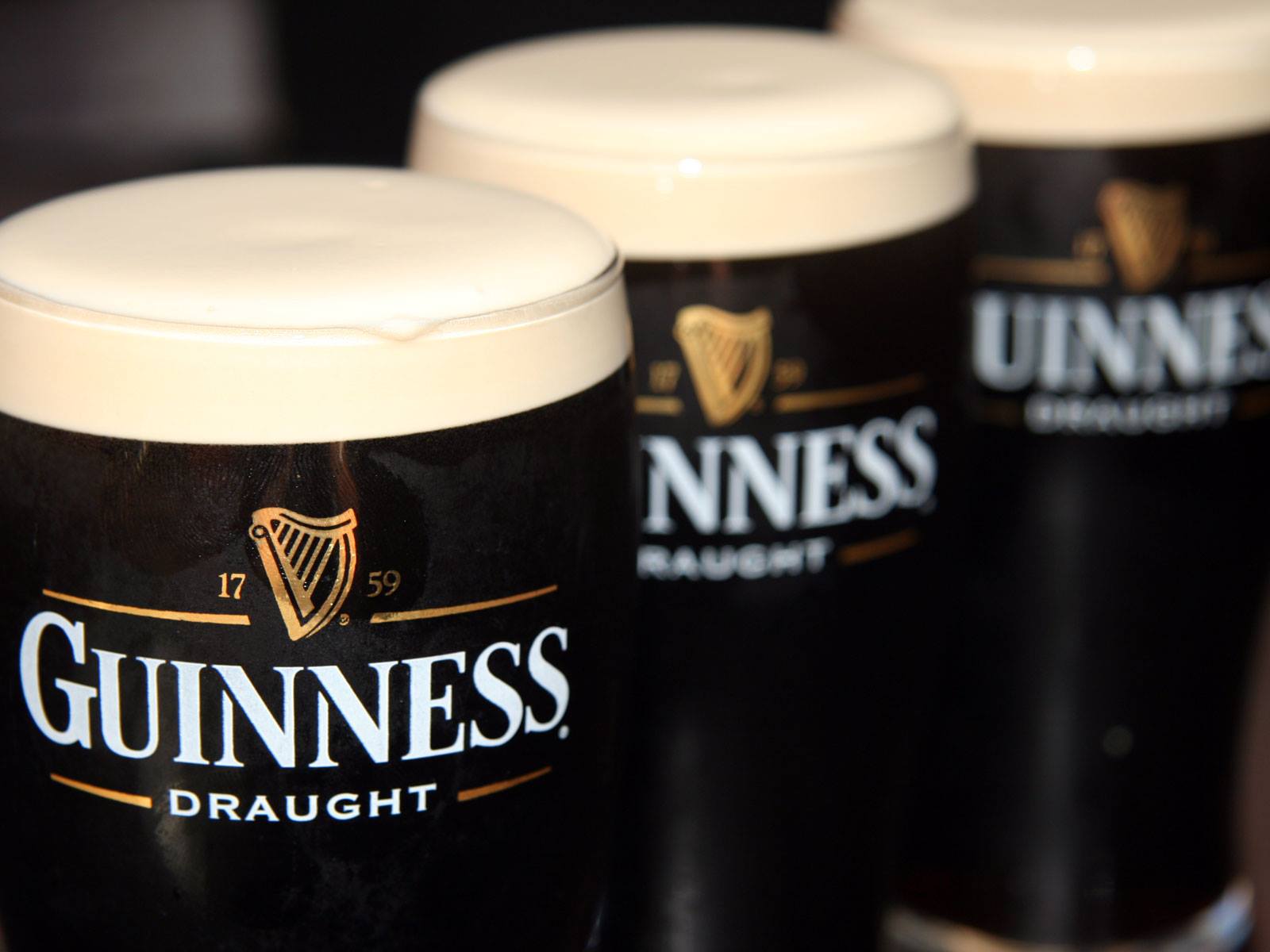 Kill two birds with one stone during the Rounds of 64 and 32 by enjoying St. Patrick’s Day food and drink and watching the games at Fulton’s Gate, an Irish pub. image: facebook.com/fultonsgate

The first weekend of the tourney begins on St. Patrick’s Day, so kill two birds with one Blarney stone by heading to Fulton’s Gate. The Irish pub will be offering a special St. Patrick’s Day menu and there are enough large flat screen TVs for you to catch all the games as they come down to the wire. You’ll undoubtedly be back for the Sweet 16. Go. 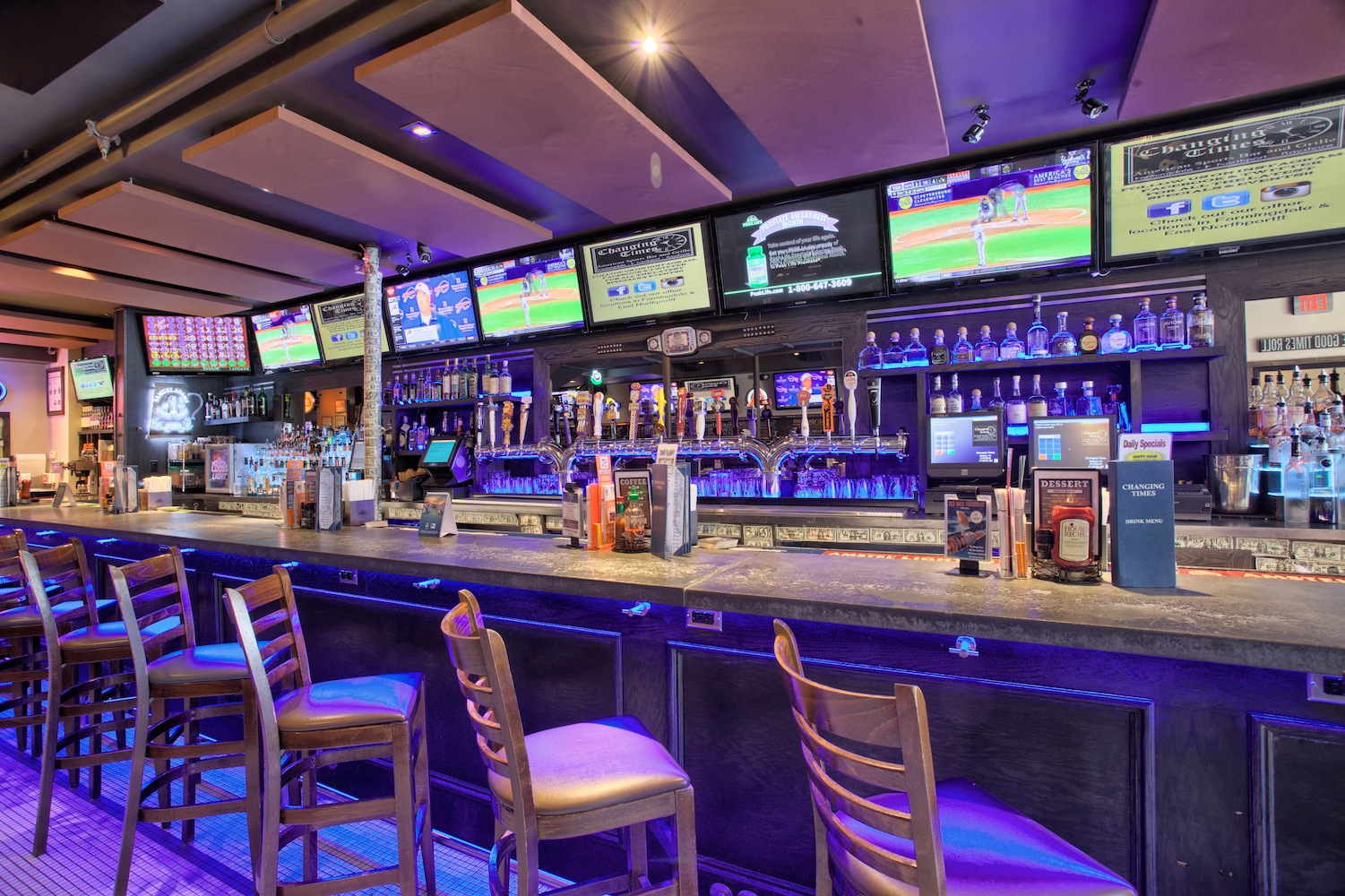 Pull up a chair and cheer on the underdog image: changing times

The excitement of March Madness is unlike any other. The bands, the cheerleaders, the win-or-go-home mentality and the knowledge that on any given night David can slay Goliath. If that’s what sucks you into the wall-to-wall coverage of games each year, you need a bar with a vibe that matches that. Enter Changing Times American Sports Bar & Grille. Come early, because it may get crowded, enjoy pitcher and wing specials during every game and prepare to high-five dozens of new best friends when that buzzer-beater falls. Go. 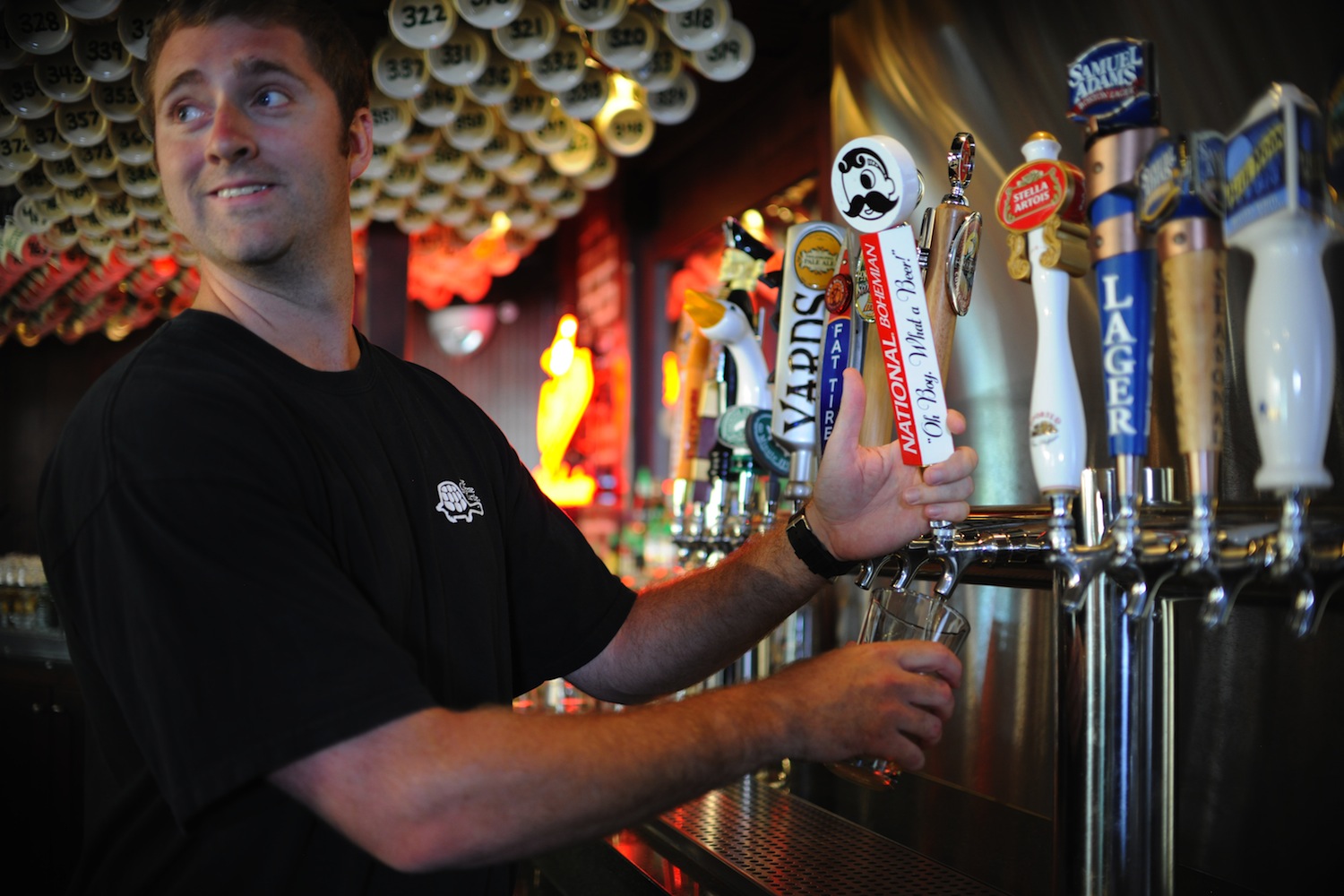 Brews and basketball are musts each March. image: the greene turtle

This place is crawling with televisions at nearly every booth and remotes on the walls, so feel free to flip to another game when that 1 vs. 16 matchup gets predictably out of hand. That is, if you can take a break from devouring the must-have ribs. Go. 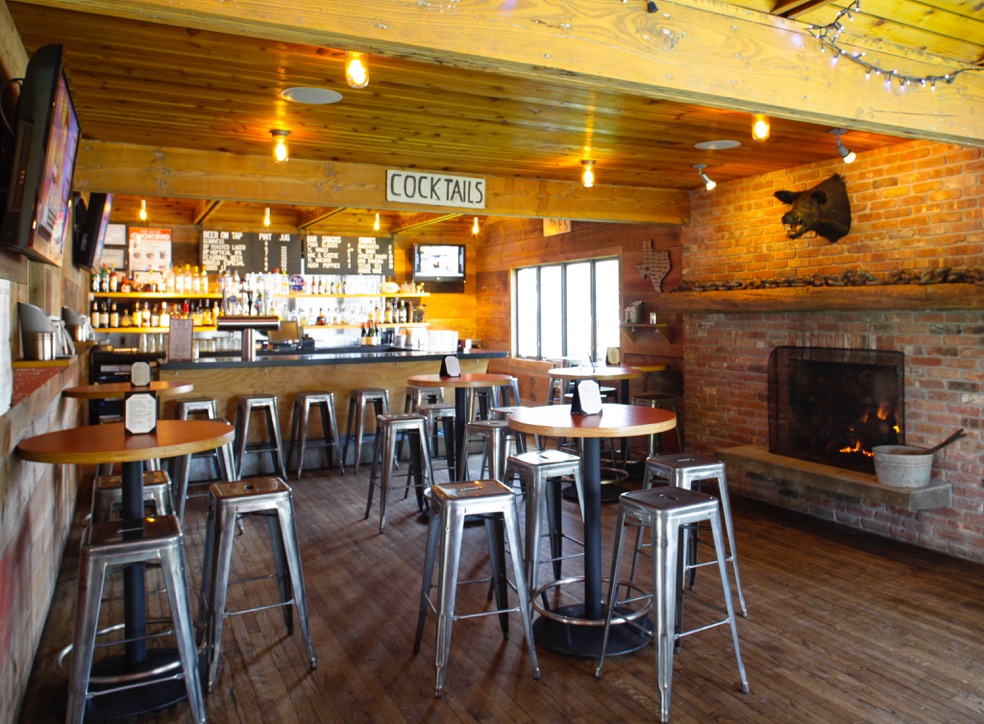 Anyone who has ventured far enough East to come within a few miles of Townline BBQ has smelled the smoked pulled pork and barbecue sauce they cook to perfection inside the old country-style barn. Take in the tourney at the spacious, welcoming spot while savoring specials like hush puppies on chipotle mayo, warm pretzels with mustard, pulled pork or chicken sliders and $5 drafts of the day. Go.