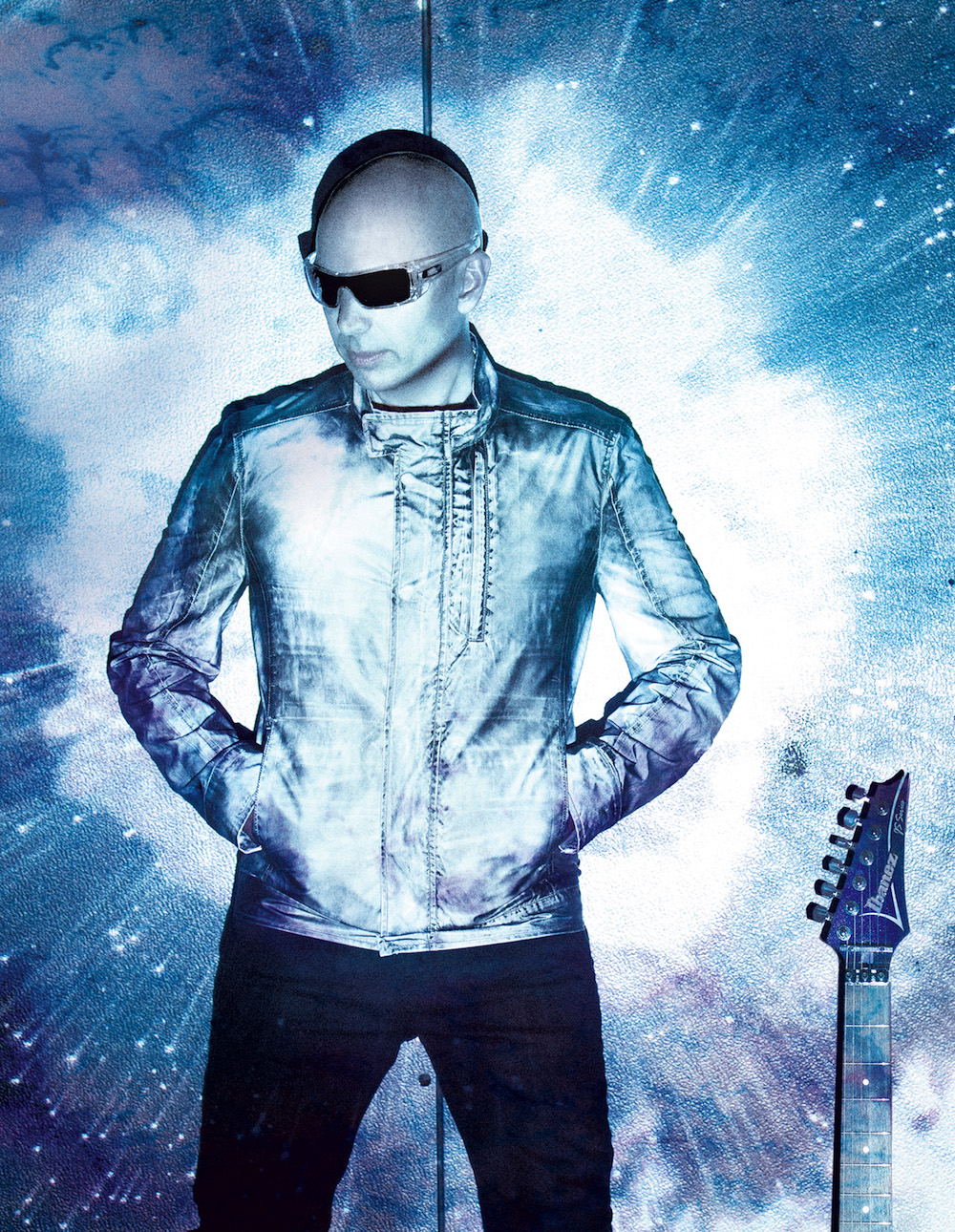 Joe Satriani is one of two guitar greats to have hailed from the Westbury/Carle Place area (the other being his one-time guitar student/high school classmate, Steve Vai). And although he hasn’t called Long Island home for decades, the area is still special to the guitarist—who is the most successful instrumental rock guitarist of all-time (having sold more than 10 million copies of his albums and earned 15 Grammy Award nominations). The man that also goes by the name of “Satch” will be returning to Long Island at least twice in 2016, a performance on April 1 at the Tilles Center for the Performing Arts and as part of the star-studded “G4 Experience” guitar clinic from Aug. 8-12 at the Glen Cove Mansion. Recently, Satch spoke with Pulse about Long Island and his upcoming appearances.

Long Island Pulse: Do you still look forward to coming back and playing Long Island?
Joe Satriani: Of course. There are a lot of places that I wish I could play, just to sort of tie up loose ends. I always wanted to play the Westbury Music Fair. I’m not even sure if it’s a good place to play, but I just remember seeing one of my very first concerts there, and I thought, “One day, I’m going to play this place.” But places that I used to play when I was a young kid all over Long Island, they hold a fascination. Years ago, when we got to play Jones Beach, it was a special thrill, because I spent every summer on the beach there. It’s not quite a bucket list thing, but it’s sort of like that.

Pulse: When did you move from Long Island, and how is the area different when you come back now?
Satriani: I moved away around 1975/76. When my parents bought their house in this little section of Westbury, Long Island, the pictures show that it was just a massive amount of old potato fields. My parents were city kids, and for them to move out to Long Island and have a yard was something pretty amazing. I grew up in an environment where the parents would fling open the doors early in the morning, and all the kids would run out and wouldn’t show up until they were hungry. It was a fascinating world. Of course, everything changes eventually, but every time I go back to Long Island to that area, it still looks pretty idyllic to me. It’s a little bit more crowded. All the businesses have changed. The trees are 50 feet taller. I’m moving a lot slower. But it’s still pretty charming. Long Island itself has got so many facets to itself. You can spend your whole life exploring the Island and falling in love with every little part of it. 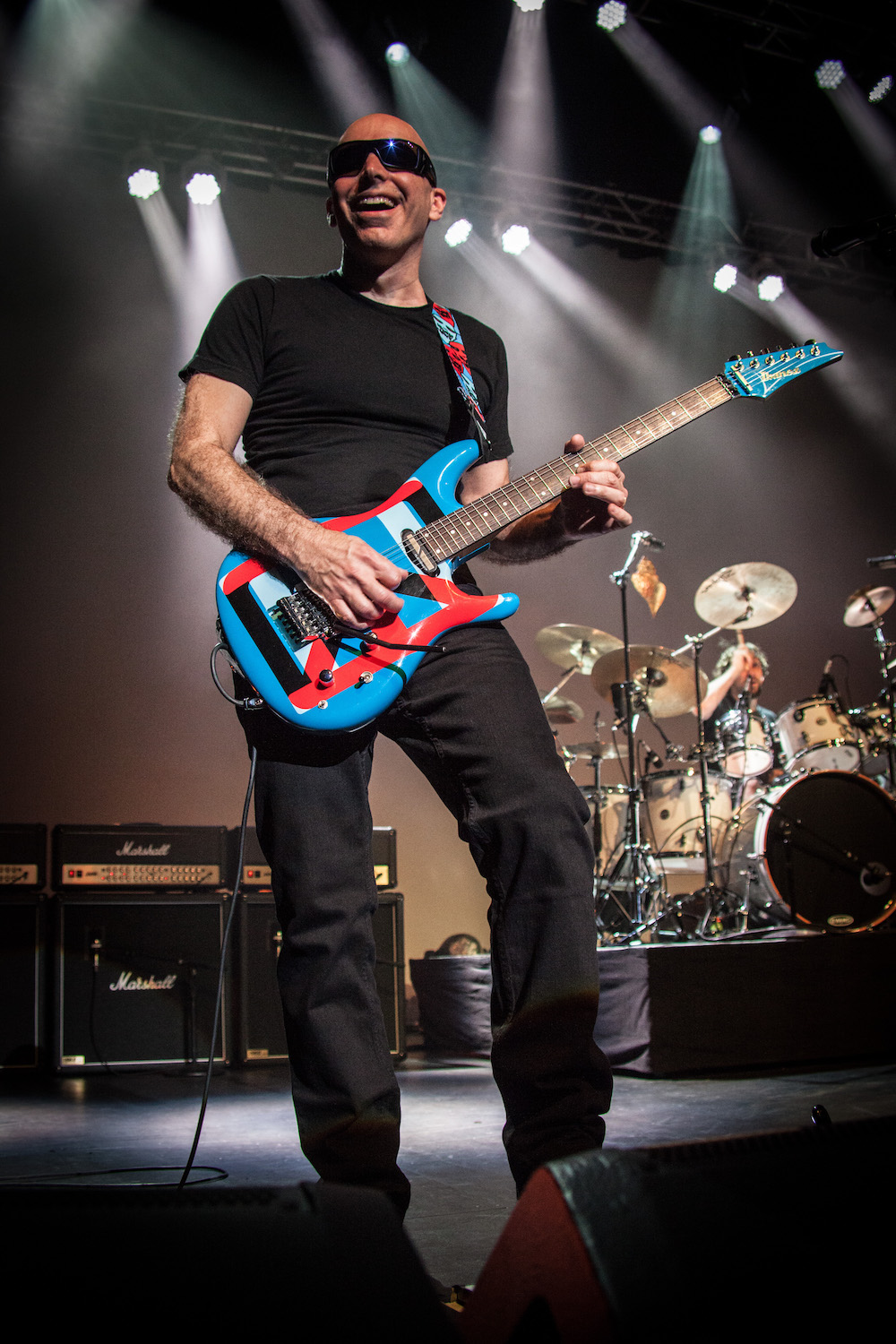 Pulse: What can fans expect at the upcoming show in Brookville?
Satriani: It’s a special tour because we’re doing “An Evening with Tour,” which means there is no opening band. We take the stage right from the beginning, and we control the show and the production right until the end. It gives us an opportunity to play a broader setlist for our fans. And we’re not rushed. We can really create our own little party, our own little world each night that we take the stage. This is something that I’ve only done maybe twice before in my whole career, so I’m always very excited when we get a chance to do a tour like this.

Pulse: And what about the upcoming G4 Experience in Glen Cove, in August?
Satriani: We take over the Glen Cove Mansion, and there are going to be performances and clinics that go on all day long. It is fascinating for me to be able to mix it up with these great players [Eric Johnson, Mike Keneally, Alex Skolnick]. And then special guest Steve Vai is coming over for a day to give his own set of clinics and performances. I suppose what’s really cool about it is Steve and I are doing this, and it’s so close to where we grew up. It’s our old stomping grounds. So I think that’s going to add a very special magic to the whole week.