No other country in the world holds the allure Cuba does for Americans. Ninety-miles off the coast, but forbidden to tourists for the past 50 years, we’re attracted to the mystery. As travel restrictions have slowly eased over the past year including the lifting of limits on the use of American dollars this past week in advance of President Obama’s planned trip and the resumption of commercial flights expected soon, it’s never been easier to visit Cuba.

It’s still tricky to go. Individuals can go only for “people to people” educational trips and there isn’t much infrastructure once you’re in country.

“All the cars and everything else are stuck in time,” said Anthony Tartaglia of Verde Kitchen and Cocktails who was recently in the country for research on his new restaurant. “There haven’t been many imports since 1959, or 1961, so most of Cuba looks like you’d imagine the 1950s to be.”

The Internet is getting better but don’t expect it to be the same as at home, and cash is the main currency. Many of the churches, the capital building and other structures are beautiful but unkempt. And yet there’s a lot of happiness in Cuba. “They [the people] sing and dance and party all the time,” Tartaglia said. “You can hear loud music coming from a lot of the apartments and houses in the city as well as in the country.”

Tartaglia, photographer Ralph Velasco and Cooking Channel’s The Fabulous Beekman Boys have all recently been to Cuba and they along with the itinerary planners of the Cuba Travel Network shared their must-dos for when in Cuba with Pulse. Get ready for lots of drinking, dancing and cigars. 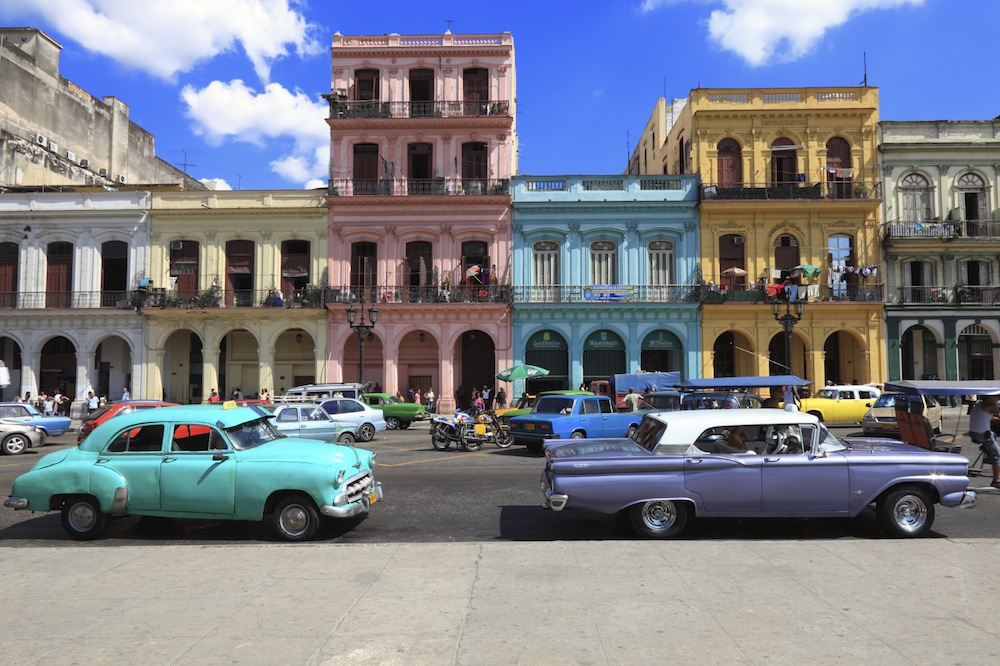 Artwork of José Fuster in the Jaimanitas

In the little seaside village of Jaimanitas you’ll find a walking tour of colorful watercolors, paintings and ceramics. Over the past couple of decades Cuban artist José Fuster has slowly transformed the area into an artist’s studio.

One of the world’s great historical cemeteries, the Christopher Columbus Cemetery, is full of marble tombs and statues. Founded in 1871, the cemetery is home to more than 500 chapels and family vaults.

Venture down a small cobbled alleyway next to the Taller Experimental de Grafica and you’ll find a mix of locals and tourists digging into what may be the best Ropa Vieja (pulled beef and sliced peppers in a tomato sauce) you’ve ever had.

Known for repurposing old buildings you’ll find many historic renovations happening in Cuba, such as this old oil mill now a popular bar where you can enjoy a gorgeous Cuban sunset.

Called FAC by locals, this hip, multidisciplinary art space feels like it belongs in NYC. Artists, curators and filmmakers host events each evening and two dance floors have locals and tourists partying until 4am. There’s something for everyone in this incredible cultural space. 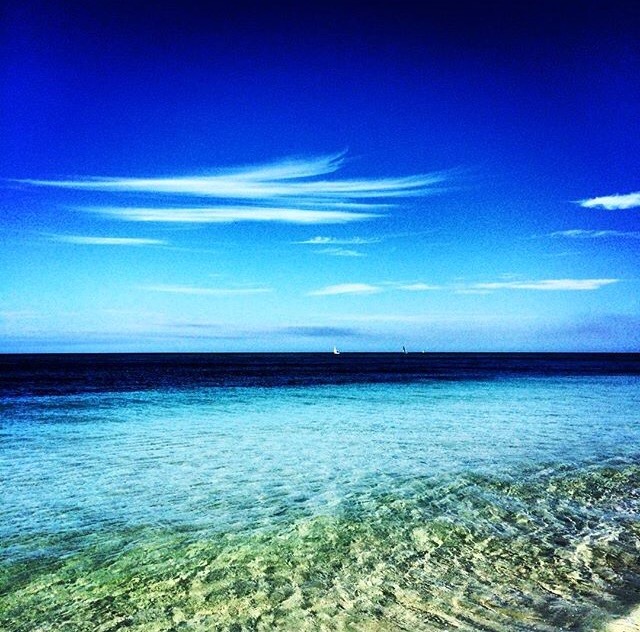 A few minutes from Havana, the fishing Village of Cojimar was the backdrop for Ernest Hemingway’s The Old Man and the Sea.

Located in a national park, the farm-to-table restaurant Finca Agroecológica is as seasonal you can get. Every dish is made using ingredients the farm harvested that day.

“This was of the highlight of the trip demonstrating not only a commitment to sustainable agriculture but also evidence of the growing spirit of entrepreneurship in Cuba,” The Beekman Boys said.

They also have a juice drink that reportedly removes the stress from your life. 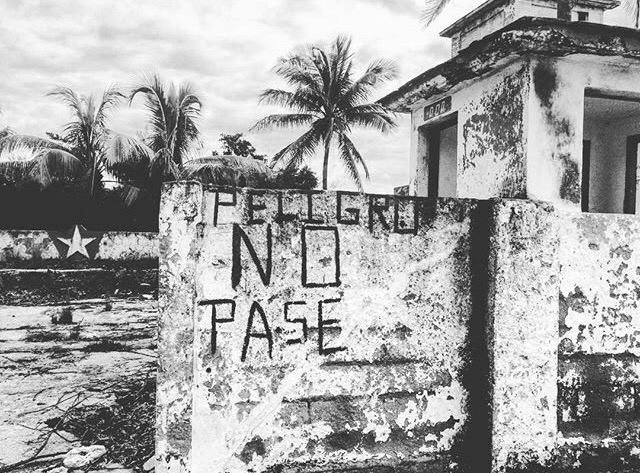 Wander the backstreets in Old Havana and Centro Havana where the people live and will be out sitting on door stoops and looking out windows, ready to talk to foreigners as they pass by.

“It’s the true definition of people-to-people exchanges, and is my favorite thing to do,” Velasco said. “Talking to the people will often get one invited in for a look at how the people live, where they work and what real life is like in Cuba today.”

Touristy yes, but you can and should visit the house Ernest Hemingway bought in 1940.

Get out of the city and take a walk in Topes de Collantes where a hike in the mountains takes you past coffee plantations, giving a picture of the rural life. Or head to Guanayara Park ‘Centinelas the Río Melodioso,’ a three and half hour hike where you’ll see the cascades and ponds of the River Melodios, and more adventurous and experienced hikers can cross the river to Poza del Venado to swim in the natural pool. 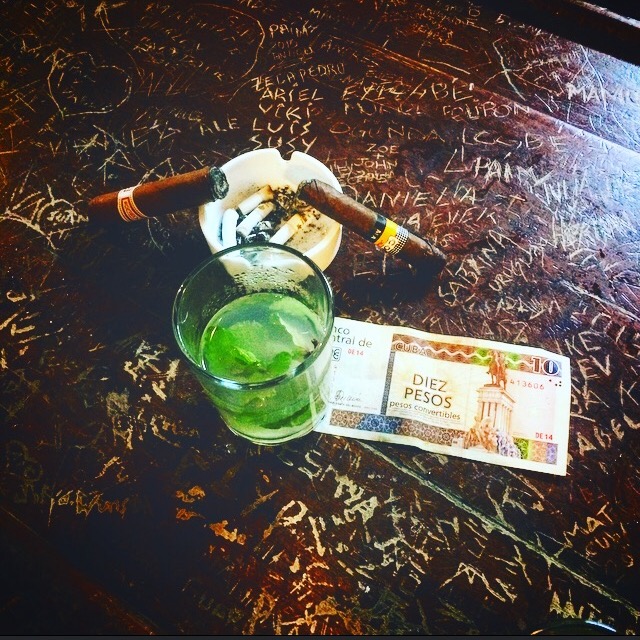 The Mojito was invented here. Hemingway drank here. Grab a cocktail at this little inside/outside bar that attracts locals and visitors alike.

You’ll enter this famous jazz club through a red English phone booth and walk through a dark basement. Then you’ll be on your feet all night long. The club has hosted some pretty big names in jazz such as Chucho Valdes and George Benson.

Under the direction of curator and art historian Emilio Ruiz, this architectural gem houses a fine collection of international art and antiques.

Santy, located in Jaimanitas on the western side of Havana, is a simple wooden shack on the water that has the freshest fish and sushi. Boats pull up to enjoy lunch on the terrace and you won’t believe you’re still in the middle of Havana.

Take a tour of one of the tobacco farms in the hills of Valle de Viñales, a protected agricultural area, where farmers do not use any modern farming practices. You’ll learn about the cigar-making process from seed to cigar and get to try some of the goods. 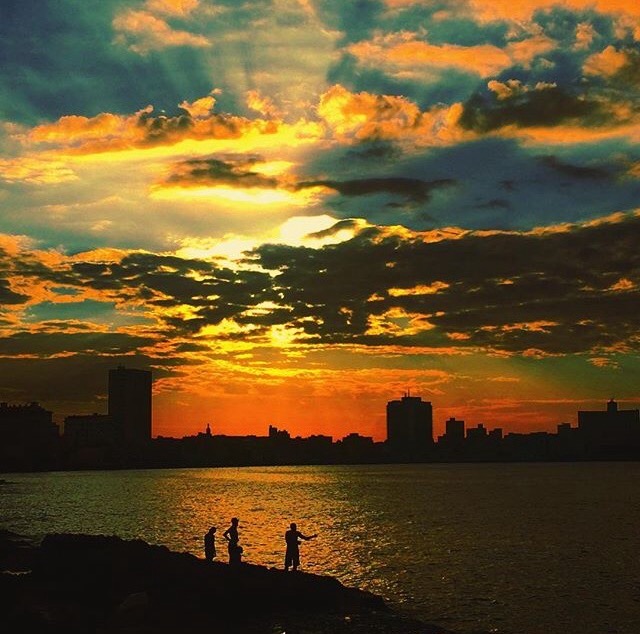 Walk along the Malecon, a giant jetty that separates the ocean from the city for a few miles in the evening and you’ll get to watch and socialize with the locals. “People fish, drink, sing and hang out all along the Malecon,” Tartaglia said. It’s also a great place to witness the sunrise or sunset.