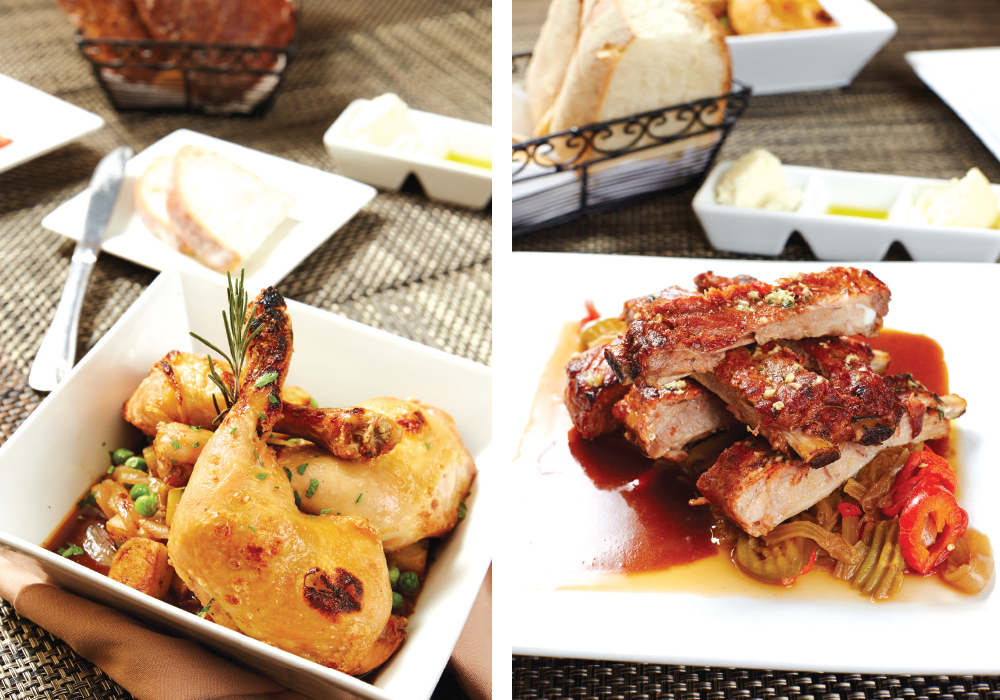 Bacaro Italian Tavern in Massapequa Park is both a restaurant and a reunion. Joseph Bonacore, the chef, and Tom Soluri, the maître d’, are cousins who opened their first restaurant (Caraway in Massapequa) 30 years ago. I managed to keep track of Joe Bonacore’s path since and he’s continuously crafted creative dishes with superior ingredients that were rarely duplicated elsewhere.

The name Bacaro refers to the small, casual hangouts in Italy that serve unpretentious food and drink. It is a cozy, laid back, 125-seat spot with a fireplace, bare tables and floors, clean lines, multiple mirrors and scant wall decorations. The long bar is separated from the dining room by French doors so diners can see the bar’s five televisions but thankfully not hear them.

Bacaro shows its comfy, unassuming intentions and serves up warm cornbread and crisp, hearty triangular pieces with red pepper humus, gorgonzola and butter. Most bottles of wine cost a modest $24. Robust flavors and sizable portions are the order of the day here. The leadoff hitter was what might be the world’s largest wedge salad, harboring crisp pancetta, gorgonzola, tomato raisins and granola crunch in a creamy avocado and basil dressing ($10). The even larger Bacaro salad was bursting with chopped iceberg, salami, artichokes, olives, tomatoes, cucumber, grilled eggplant, grana padana and roasted red peppers ($10). Soup lovers should target the rich, rewarding lobster cappuccino in a glass ($7). Another small plate, Bacaro Bruschetta, had four ’nduja (spreadable prosciutto pieces) muted by their abundant ricotta and artichoke overlay ($9).

Often encountered linguini and white clam sauce, with out-of-the-shell Manila clams in a soft cipollini ($19) held their own here, as did a pile of chicken legs and thighs scarpiello with roasted potatoes, sweet sausage peppers and onions ($19). A burrata burger layered with plenty of bacon and the creamy cheese along with long, massive fries ($14) is a bargain. (A waiter overheard me say the meat was medium, not medium rare as ordered, and immediately deducted it from our bill.) Six husky cherry pepper spare ribs crowned with grilled, roasted red peppers, onions and cherry peppers ($23) provided a snappy accompaniment.

All desserts, except for gelato, are made in house, but we were too wiped out to try more than one: four overly delicate tiramisu bonbons ($7.95).