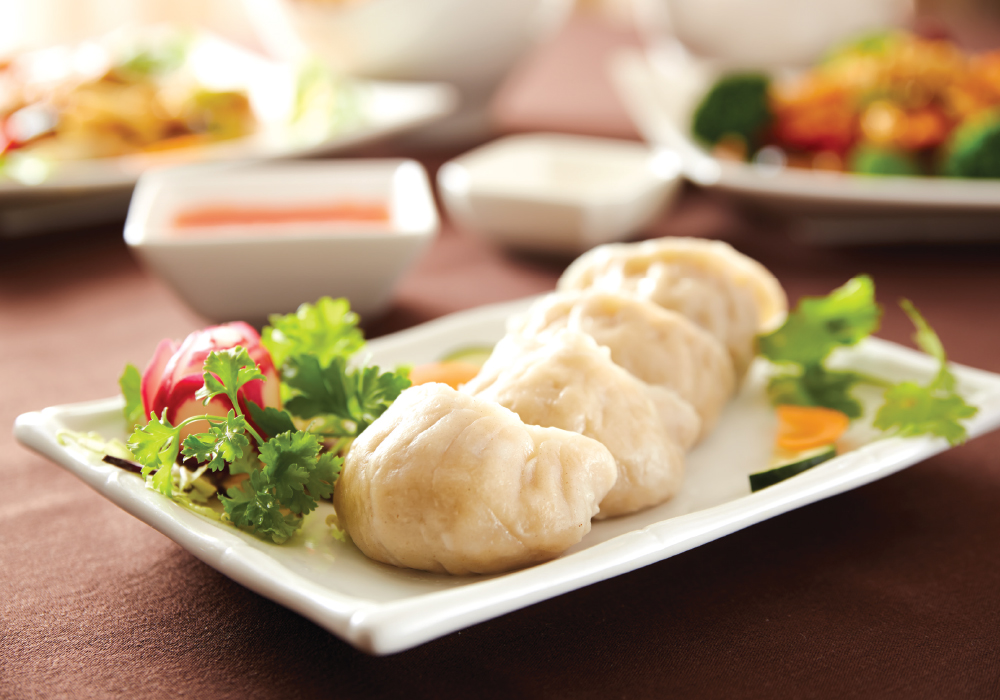 Entrées at this amiable Chinese eatery are just ducky, especially when served on the bone and in a sweet plum sauce image: yvonne albinowski

The Golden Dynasty is a what-goes- around-comes-around project. It opened as Lotus East, a well-regarded traditional Chinese eatery. It was then sold and became Maru. The original owners returned in 2015, renamed the restaurant, renovated and added some mildly spicy Szechuan dishes.

The discrete, quiet décor features well-spaced tables, carpeting and crystal chandeliers that make eating here a pleasure. Yet, on my visit, about six months after its opening, Golden Dynasty was involved in an ongoing reclamation— the congenial, concerned owners were ever present and ever helpful but there was still work to be done. Service was pleasant but not professional. Entrées were commendable but starters weren’t. The kitchen turned out some excellent dishes but didn’t seem able to churn them out together so that everyone at the table got served at a different time. Nor was any dish delivered to the diner who ordered it.

A large, beautiful specimen of crisp-skinned, gleaming bone-in roasted duck appeared. Hearty and delicate at the same time, it included two crispy and substantial legs and two rows of tender bite-size pieces of meat ($18.95), all of which was garnished with a soothing, not cloying, sweet plum sauce. A generous plate of fresh, moist pork fried rice ($8.95) more than satisfied four diners, with leftovers to take home.

Lamb chops ($27.95) are available in any style desired. We ordered three meaty ones lightly garnished with ginger and scallions. Two other tasty Szechuan-style dishes also satisfied, although neither was as hot as the menu indicated. Large slabs of white meat chicken in a hot garlic sauce ($13.95) and shrimp with hot pepper and peanuts ($17.95) tingled the tongue a bit but were not flare-ups.

As is customary at most Chinese restaurants, Golden Dynasty is light on wine and desserts. Neither is listed on the in-house menu. We had a scoop of creamy, rich pistachio ice cream, but ordering wine was an adventure—no doubt language problems played a part. A waitress couldn’t understand our order and simply walked away. A waiter brought us the wrong bottle. Eventually, we settled for some glasses of pinot grigio ($5.95 each).