Atop the menu at Se-Port Deli in East Setauket is one of its best-selling heroes: a chicken cutlet sandwich with melted jack and cheddar cheeses, crispy bacon, lettuce, tomato and pepperhouse dressing on a toasted garlic hero.

But this particular sandwich has a particular title. It is named after another hero, one who used to frequent this same deli when he was a star pitcher at nearby Ward Melville High School. A local kid who just a few months ago was starring on baseball’s brightest stage.

The journey from schoolyard sandlot to big league diamond is most often one of a thousand miles, both literally and figuratively. For Steven Matz, the Mets’ 24-year-old pitcher and Long Island native, only the latter is true. In fact, he grew up so close to his team’s home field in Flushing, that when he finally got called up to the Majors, he could practically commute to work from his parents’ house. And he did.

For the final month of the regular season and all through the postseason, Matz made the hour- long drive from his hometown of Stony Brook to Citi Field. “I thought I was only going to be around for a month. I figured ‘Why get a place when I could just commute?’”

Matz’s drive down the Northern State Parkway was not very long, but his trek from high school phenom to Major League pitcher certainly was. A year after being selected by the Mets in the second round of the 2009 MLB draft—the first baseball player to be drafted directly out of Ward Melville—Matz experienced elbow pain that would later be diagnosed as a ligament tear. Tommy John surgery, a procedure in which a ligament in the elbow is replaced with a tendon from the wrist, sidelined the young pitcher for nearly two years. “There were some trials and tribulations for him after that,” said Lou Petrucci, Matz’s high school coach. “But he worked through it like I knew he would and made it to the big leagues. His success now is on him.”

Matz made his first Minor League appearance in 2012 and worked his way through the Mets’ system over the next three years. On June 28 of last year, he finally climbed the hill at Citi Field for his highly anticipated Major League debut. He did not disappoint.

With his family in the stands he allowed just two runs over 7.2 innings to earn the win. “The best part about playing in New York is having my family go to the games,” he said. But his pitching success took a back page to what he did at the plate. Matz collected three hits and four RBIs to become the first player in Mets’ history to drive in four runs in his debut. “He was ready for this,” Mets manager Terry Collins said afterwards. “It was time.”

Matz however, would miss most of the remainder of the regular season because of a back injury. But after the team made a miraculous run in the second half of the season, the kid from Stony Brook was prepared to join them in October. Matz pitched three times for the Mets in the postseason, including Game 4 of the World Series. “It fulfilled every expectation I had for playing [in the World Series]. And the atmosphere, especially with the New York fan base, created an awesome experience. I’ll never forget that,” he recalled. 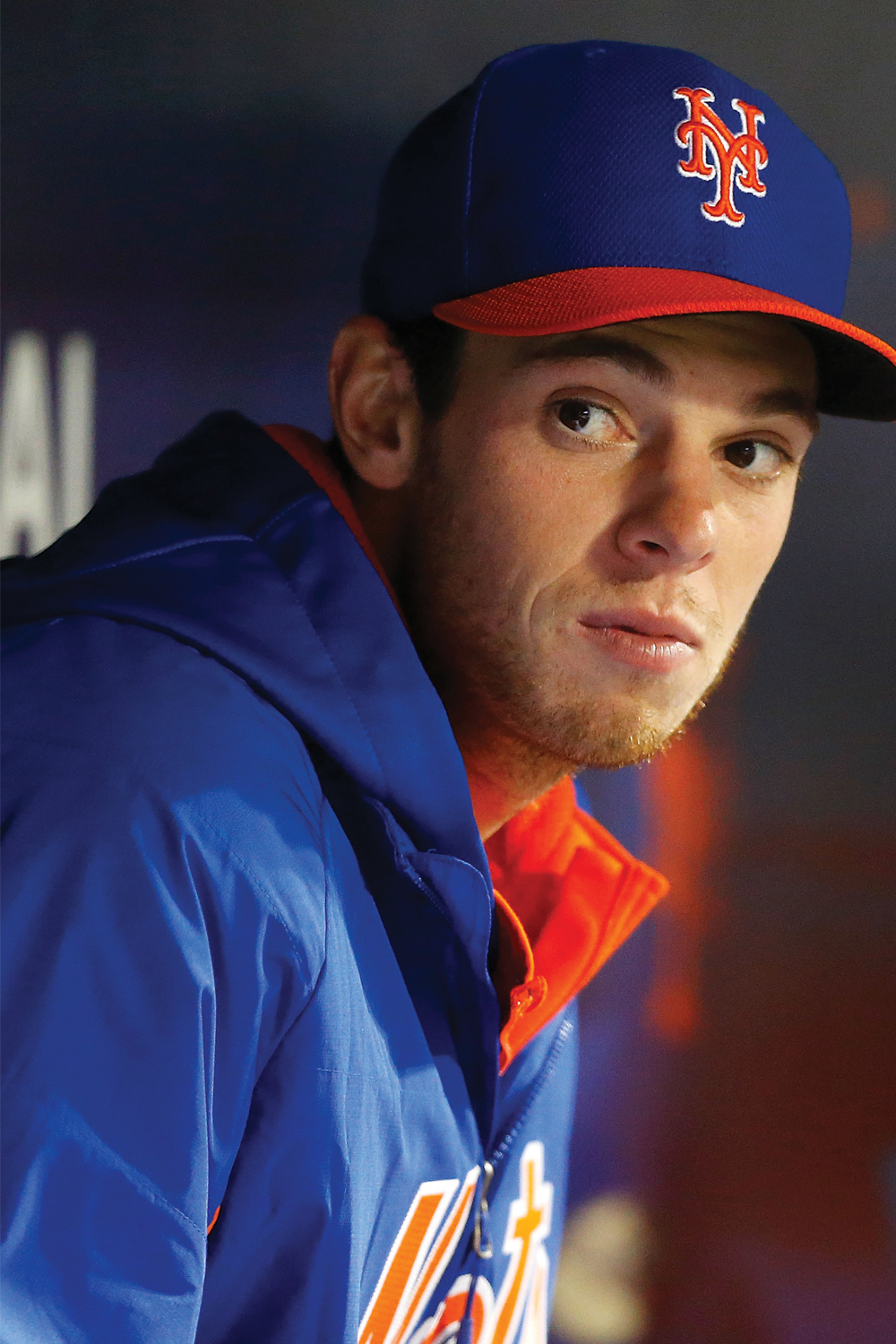 New York fell just short of winning the Fall Classic but is favored to contend for a title this year due to a starting rotation widely considered the best in baseball, one that Matz is expected to be a key contributor to despite his limited experience. The Mets have so much confidence in him they are giving away T-shirts depicting Matz and their other star pitchers—All-Star Matt Harvey, former Rookie of the Year Jacob deGrom and fireballer Noah Syndergaard—on a mock Mount Rushmore. Matz’s emergence into stardom has naturally brought him a newfound fame across the Island, particularly in his neck of the woods. “I’m definitely more recognized around town,” he said. But the notoriety has had little effect on his character. “He doesn’t hide in the community but he doesn’t show off,” Petrucci added. “You’ll never see Steve walking around town with his New York Mets jacket. The only way you know he’s a baseball player is because he’s six-foot-four.”

Instead of resting on his laurels, Matz has parlayed his individual success into community-minded accomplishments and charitable work. “What’s most impressive about Steven is that he always gives back to his community and his team,” Petrucci said. “There has not been a winter or fall where Steven hasn’t come back down and work with the kids on the [Ward Melville] team.” In November, he traveled to Honduras to help give away supplies and interact with local children. During the holidays, he visited the Stony Brook Children’s hospital to talk with kids and sign autographs.

His desire to give back can be attributed to many things, but it might just be due to the fact that he has been on the receiving end of other people’s generosity. From high school team- mates who turned into role models to former Big Leaguers who provided countless pitching lessons to a whole town that adorned street signs and lampposts with blue and orange ribbons when he was set to pitch in the World Series, Matz has been propped up by countless pillars of support.

“There’s a million great baseball players out there,” Petrucci professed. “If you’re one, then you’re very lucky. Then you meet someone to support you and when things go bad, they still got your back. All the people in Steven’s camp always have his back. I attribute that to him being a great person.”