Legendary trumpeter and singer Chet Baker has always been an enigmatic and ambivalent figure for Jazz fans. Even as he soared to stardom as the avatar of West Coast cool in the 1950s, Baker inspired resentment among those who attributed his success to his white skin and stunning, movie star good looks. Many die hard fans and colleagues eventually washed their hands of him when drug addiction and self-destructiveness sent his career plunging back to earth, despite it being a period when he produced some of his best work.

The compelling new drama Born to Be Blue starring Ethan Hawke is built around one of the crucial turning points in Baker’s life. In the mid-60s, Baker’s oft-professed love of heroin combined with a brutal beating from some thugs that badly damaged his teeth and lips, left him unable to play the trumpet. Although almost everyone abandons him, Baker is buoyed by the love of Jane (Carmen Ejogo), a young African-American actress he meets when she plays his ex-wife in an aborted Hollywood movie featuring Baker as himself. As the jazz legend fights to re-learn how to play the trumpet with his new dentures, Jane attempts the perhaps Sisyphean task of keeping him away from his beloved heroin. Baker’s choice between drugs or the woman he loves mirrors the central ambiguity of his music, which often feels torn between romance and the siren-song lure of escaping into a drug-fueled idyll. 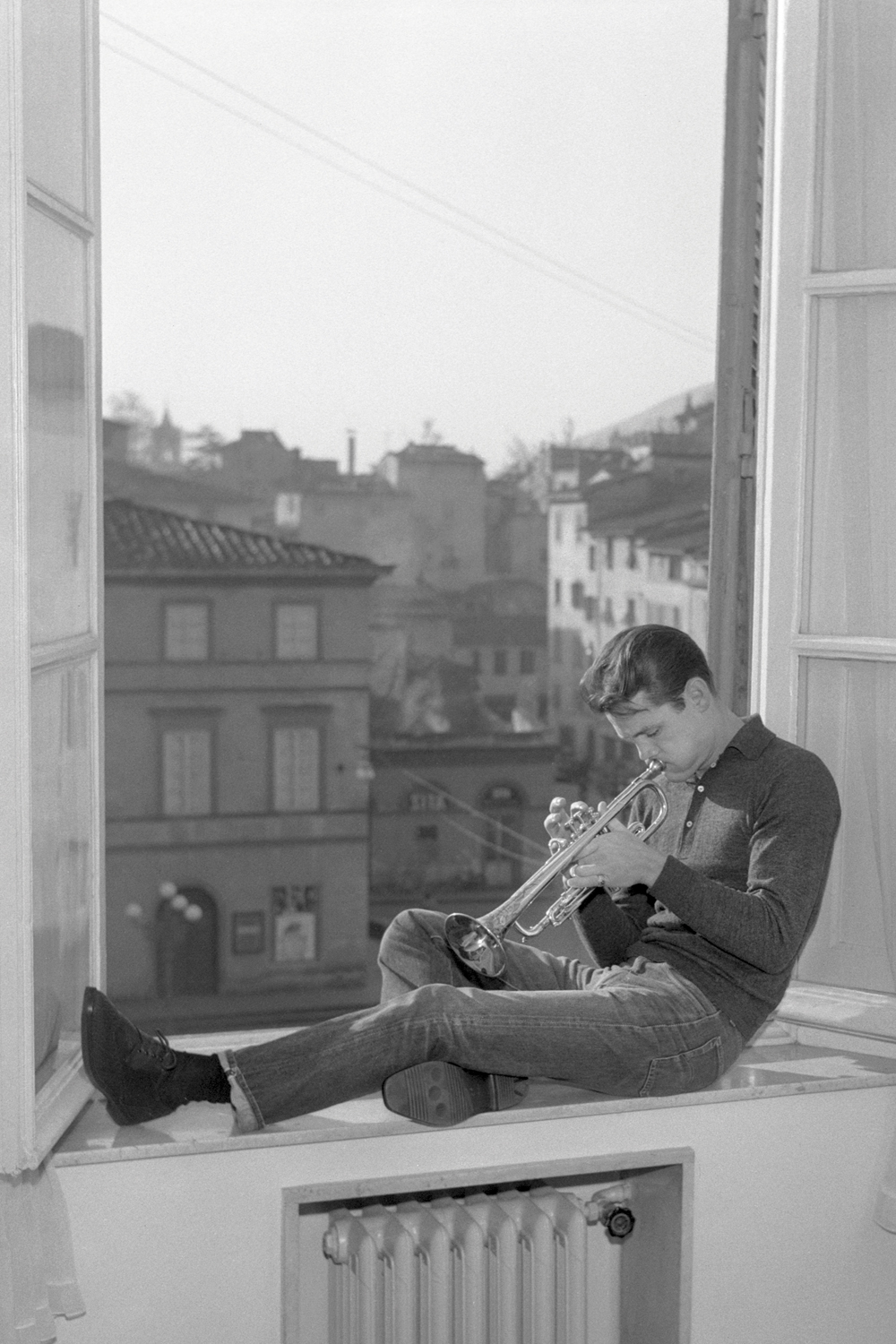 Hawke does a fine job of channeling the musician, even doing a fairly good impression of Baker’s distinctive vocal style that sounded like he was tossing off lyrics apathetically, while also imbuing them with hauntingly deep emotions. Ejogo brings depth to the somewhat thinly written role of Jane. She displays the inner strength and independence of a woman who is determined to live her own life and refuses to follow Baker over the edge into oblivion, no matter how tempting he makes it.

Ultimately, Born to Be Blue can’t quite shake off the clichés of the biopic format. While the film presents a lovely and diverting surface, it never gets deep enough into the inner life of this brilliant artist to reveal what made him tick, why he was so self-destructive or how his deceptively simple music manages to be so powerful and moving. Although Born to Be Blue never reaches those heights, it is still a lively introduction to this essential artist and will hopefully inspire more listeners to explore the amazing legacy of Chet Baker.